What is going on here?

This image is a blend/composite of 150 images over a period of about 30 minutes a few days before the peak of the Perseid Meteor Shower. It was taken at Porteau Cove in Howe Sound, less than a 30 minute drive from West Vancouver.

A single frame was highlighted as the background, and then blended in were all the “streaks of light” in the sky which is a combination of shooting stars (Perseid Meteors), satellites and aircraft. We often don’t realize just how busy our sky is.

This photo was another great capture by Chris Collacott of aVision Photography. For more stunning photos by Chris, follow him on Facebook and visit his Flickr feed.

QUESTION: How many meteors, aircraft and satellites are captured in this picture? Are you able to tell the difference between them?

Click on the image below for an enlarged vision. 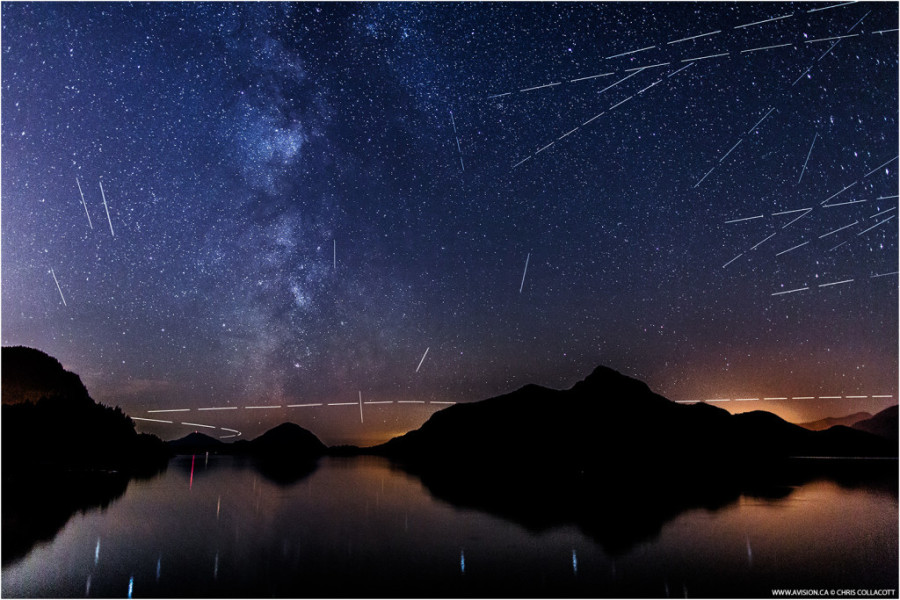 The spaces in the streaks are due to the interval time between each shot. Each line is a span of 15 seconds so you can actually approximate how long the satellite/aircraft was visible in the sky. Unfortunately, the International Space Station cannot be seen in this photo.

Click on the image below for an enlarged vision. 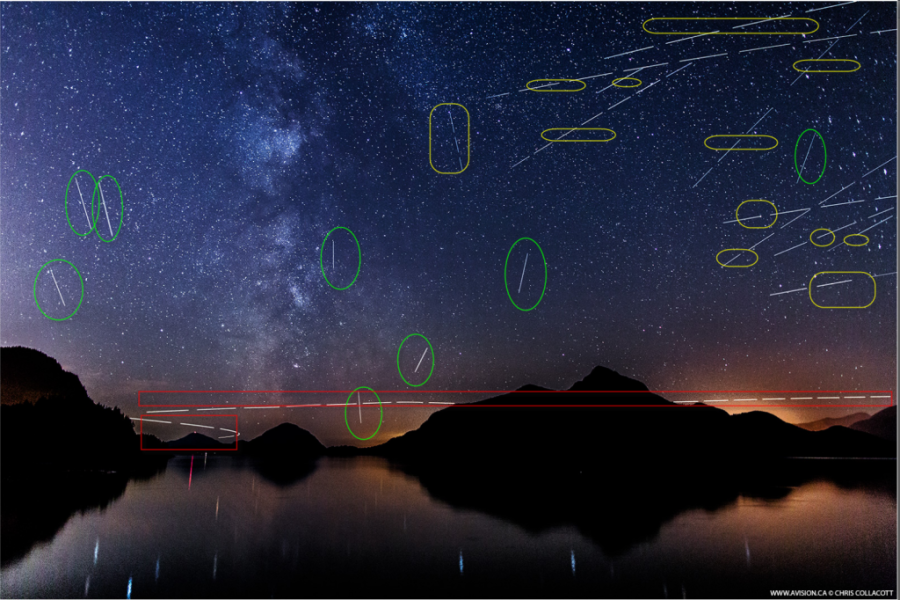