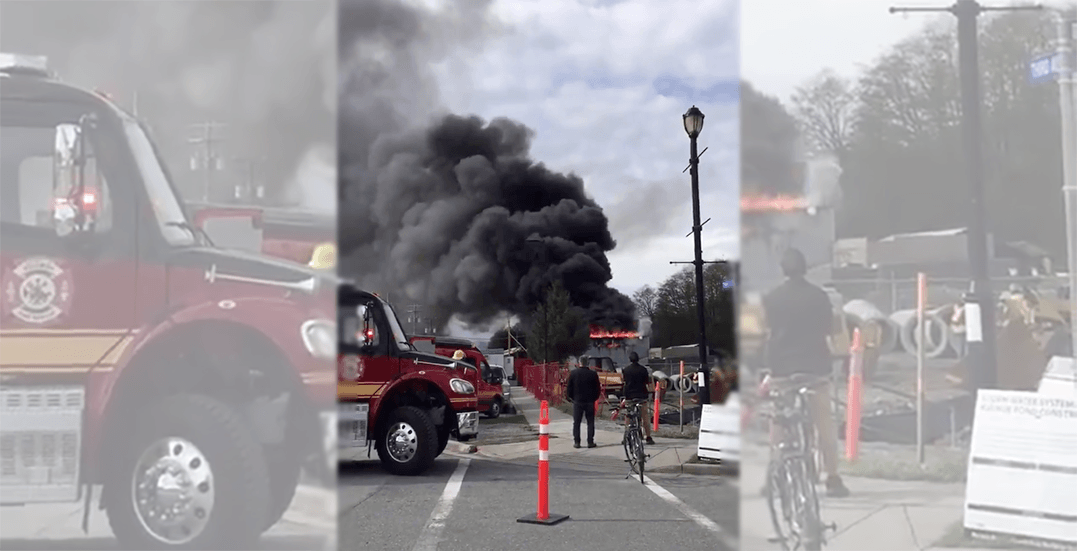 A large fire has broken out in downtown Squamish.

Earlier this morning, just after 9 am, RCMP reported a structural blaze in the 37000 blocks of Third Street via Twitter.

Please avoid the areas south of Vancouver Street in Squamish due to extensive hazardous smoke from a structure fire. #squamish #FrontlinePolicing pic.twitter.com/1TiHbNnSSk

Big fire in downtown Squamish. It’s at main street and is a warehouse. First responders are on the scene. Looks nasty. #downtownSquamish. #Squamish #Squamishfire pic.twitter.com/KlfgmXGnkb

Members of the Squamish Fire Department and RCMP, as well as emergency crews, were rushed to the scene.

An evacuation order was issued for residents and anyone in the area south of Vancouver Street and Third, due to the hazardous amounts of smoke.

The order was quickly lifted, but residents have been advised to stay indoors and keep all windows and doors closed.

Air quality at 3rd & Vancouver St. structure fire in #Squamish is being monitored [email protected] enviro health officers. No evacuations are required. Continue to avoid area as emergency crews are still on scene fighting the fire. Will continue to update as info is available.

Roads leading up to the area of the fire will remain blocked off until the fire is out.