Vancouver is one of the best, most diverse food cities in the world. As a food writer, I can say it’s sometimes easy to get caught up with abundance of amazing restaurants in the city and forget that there are folks that regularly don’t have enough to eat. I’m sure quite a few Vancouverites would like to pitch in during the holiday season, which is where StreetSmart comes in. 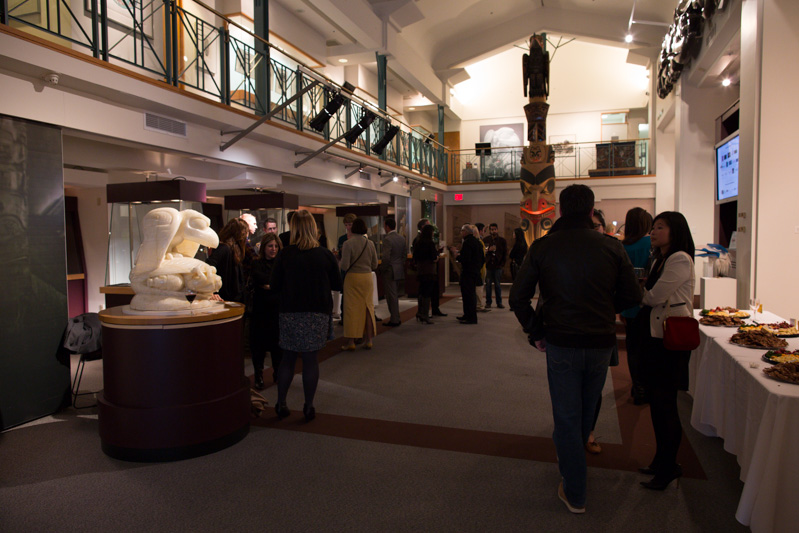 StreetSmart launched its 2013 campaign on Wednesday with a little wine and cheese. Much like donating a dollar at the cashier of your favorite retailers for various local charities, StreetSmart gives diners the option of adding a little bit to their bill to help those in need. 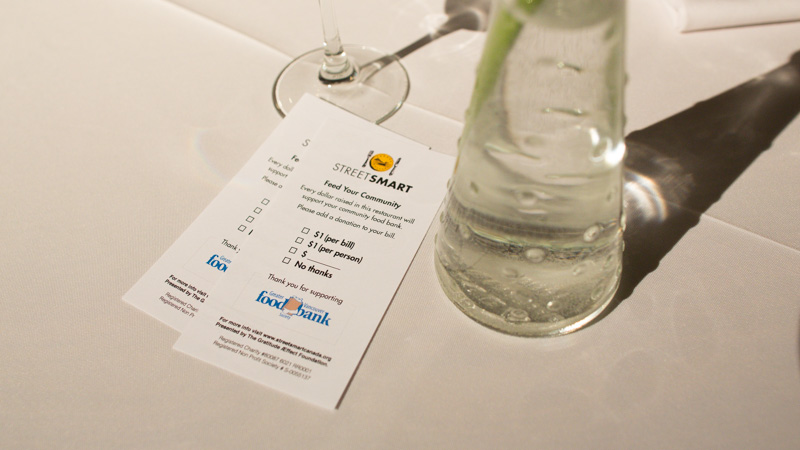 A small card at the table gives diners the option of donating any amount if they so choose without the hard sell or guilt trip.

StreetSmart began in the UK, where it has raised over $6 million dollars since 1998. During November and December, the two months of the year when StreetSmart is active, of last year, over £800,000 went to the local food bank through the program. It’s received support from many British chefs, celebrities and celebrity chefs such as Gordon Ramsay, Stephen Fry, Fergus Henderson and Marcus Wareing. StreetSmart is also active in at least 5 other countries, including Australia, India, and the United States.

Here in Canada, StreetSmart began last year in Vancouver and has expanded this year to three other Canadian cities: Victoria, Toronto and Kingston. 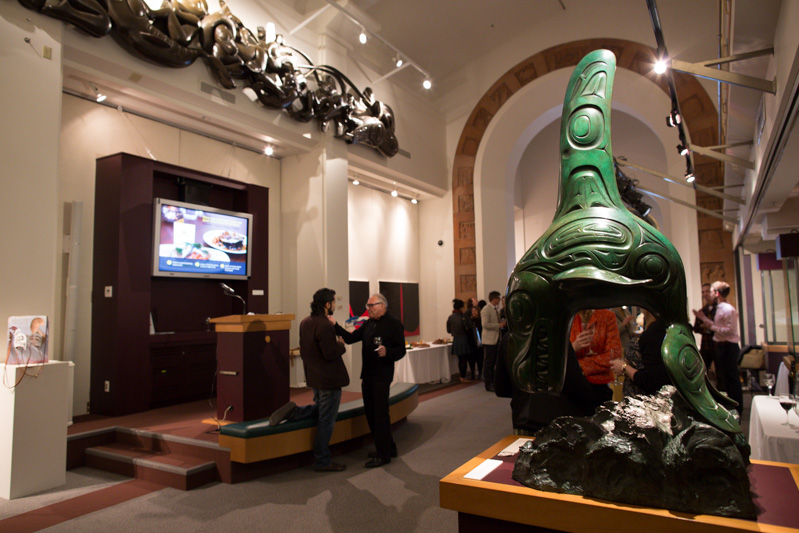 Every dollar counts because every dollar goes to local homeless charities. Yes, 100% of the money is distributed to the food bank and other local organizations that put food on the tables of the less fortunate. All operating costs are covered by corporate sponsors. In a time where fake charities have made us skeptics, it’s nice to see this level of transparency when it comes to “Where does the money really go?”

StreetSmart is currently in roughly 30 Canadian restaurants at launch and with more joining in soon. So if you see a small card at your table between November 6th and December 31st, that’s the deal. It’s a simple and convenient way to help make sure there’s enough food for everyone.