Earlier this week the strange case of a Vancouver man who had stumbled across a gigantic Atlantic lobster on a Vancouver beach was reported by CBC. The titanic crustacean is certainly a bizarre find, but it’s not the first unexpected object that’s washed ashore on our coastline.

So in honour of the latest find, here are a few more unusual things that have made landfall along British Columbia’s near endless coastlines.

A bunch of disembodied feet 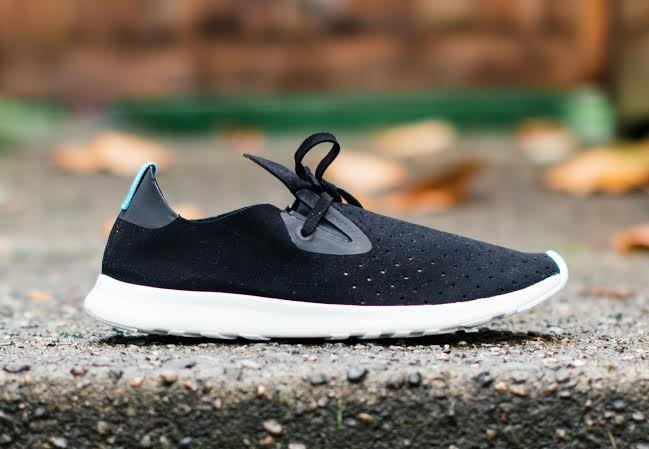 Between 2007 and 2011, there have been 16 cases of feet washing up on shores across the Pacific Northwest. Some, like a “skeletonized animal paw,” and what appeared to be shoes stuffed with raw meat, were obvious hoaxes. Some, however, were straight up human feet. In total seven incidents occurred right here in the Lower Mainland, including a famous case involving male foot, complete with leg bone, that washed up in False Creek in 2011. So far only five of the feet have been identified. We’ll probably never know for sure what happened to most of these feet, but one thing is for sure – yuck. 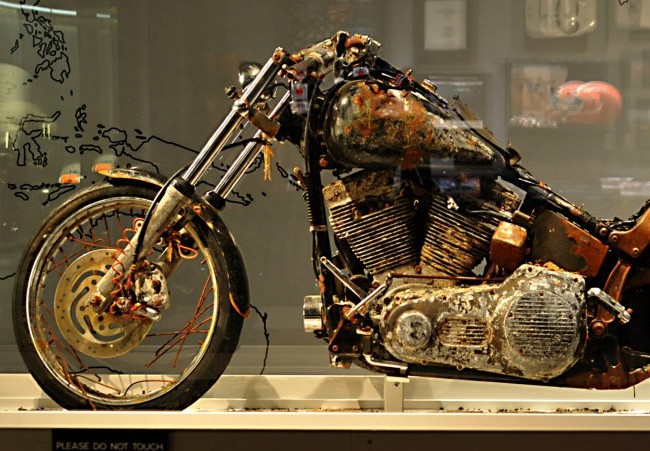 The 2011 Japanese tsunami claimed the lives of over 15,000 people, and left damage that is still affecting the country to this day. One unexpected by-product of the disaster, which washed whole towns into the ocean, was that debris began to wash ashore in British Columbia. In 2012, a beachcomber on Graham Island named Peter Mark made a one-of-kind find – a Harley-Davidson motorcycle, which formerly belonged to a man named Ikuo Yokoyama. The bike is now on display in the Harley-Davidson Museum in Wisconsin, which featured a gallery showing in support of the tsunami victims. 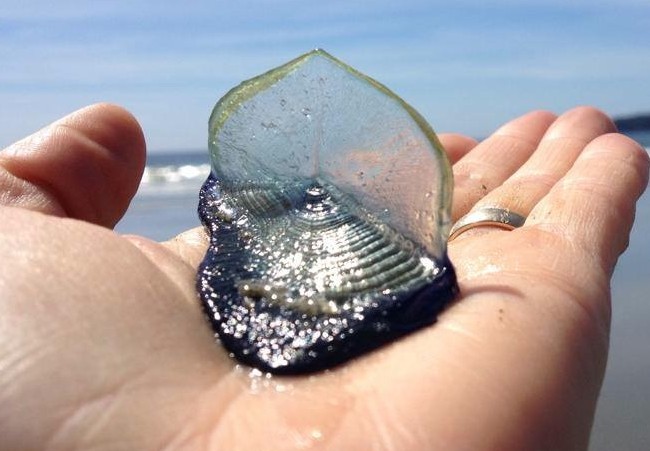 In August of 2014, beaches up and down the Pacific coast were blanketed by weird little sea creatures called velella. Similar to jellyfish, velella – also called “sail jellyfish” or “by-the-wind-sailors” – are classified as free-floating hydrozoans. They float around on the surface of the ocean, moving as the wind pushes against a gas-filled bladder that sticks up from their bodies. 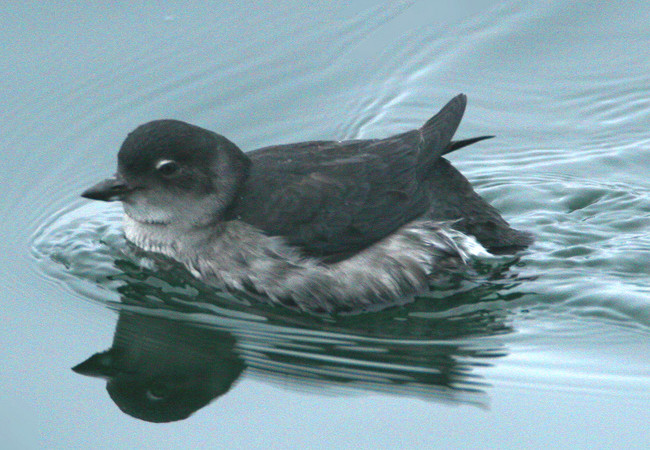 There’s just something about Tofino, I guess. In 2014 hundreds of dead Cassin’s auklets – cute little seabirds related to extinct giant penguins called Great Auks – began washing up on the coast of Vancouver Island. The incident was just a small part of a mass die off, as somewhere around 100,000 birds starved. Apparently the birth number of auklets that year boomed to unprecedented levels, and as the birds began competing for food sources it all went south.

Have you ever found something bizarre on a B.C. beach? Let us know in the comments below.