A powerful windstorm is expected to hit the B.C. coast on Thursday, November 12, according to Environment Canada.

A low pressure system off the Gulf of Alaska is sending an intense cold front to the B.C. coast, and with it, strong southeast winds that could reach as high as 70 kilometres per hour.

For Metro Vancouver, the strongest winds will occur Thursday morning, while the northern and central coast winds will peak at midnight.

Along with the strong winds will be heavy rains, with 50 to 100 millimetres expected for the B.C. coast. In Metro Vancouver, however, the rain is expected to stick around until Friday, which might tip the total rainfall over 100 millimetres.

Here’s an image of the jet stream and low pressure front heading into the B.C. coast: 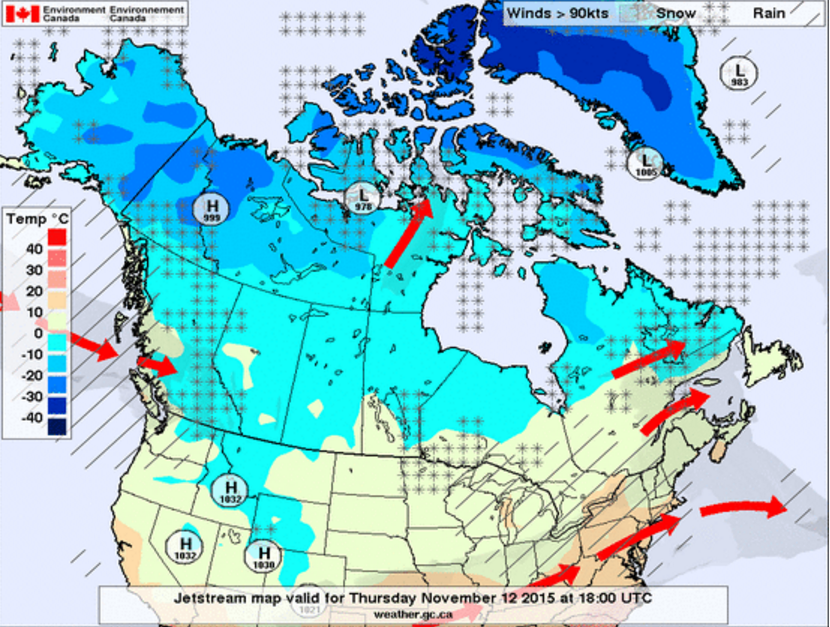