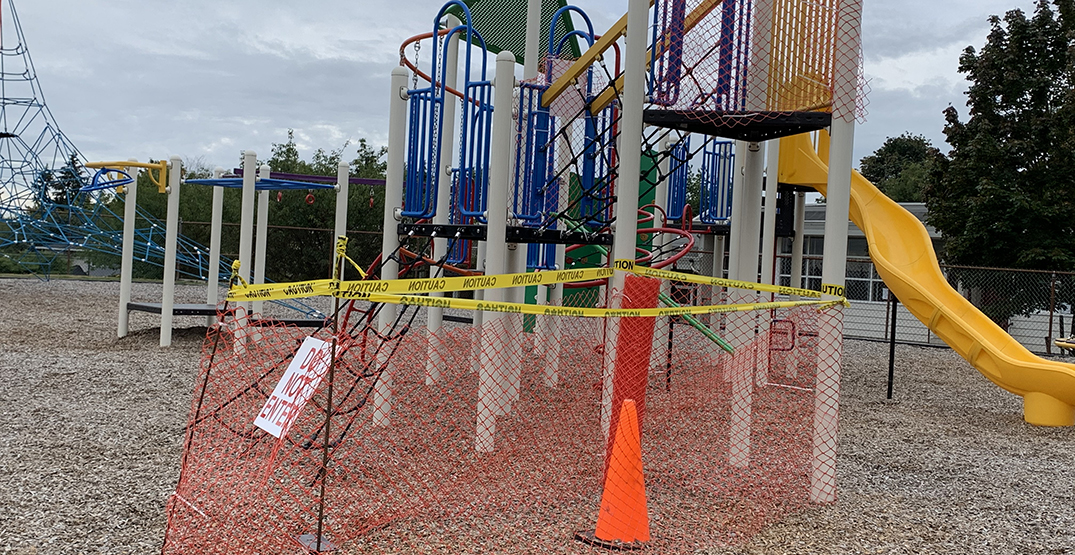 Burnaby RCMP say a slide that was stolen from a local playground last month has been found in someone’s backyard.

Unfortunately, the slide is damaged and won’t be able to be re-installed in Suncrest Elementary School’s jungle gym.

“We are aware of the impact that this theft had on children and families in our community so the fact that the slide can no longer be used is not the result we wanted,” Cpl. Mike Kalanj said in a news release.

Police are still investigating how the slide made it from the schoolyard to the nearby residence, and charges haven’t been laid yet.

A school groundskeeper first noticed the slide was missing in September, and alerted police who put out a call for information. A tip from the public led police to the backyard, where officers got a warrant to enter and find the slide.

Our Youth Section Officers have recovered the slide that was reported missing from a school playground in late September.