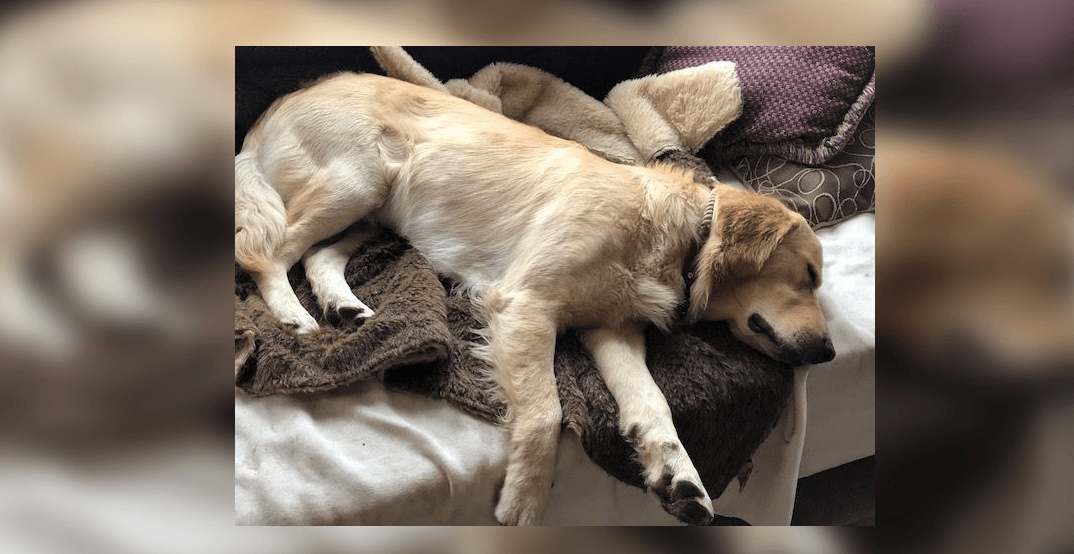 Atlas the Golden Retriever who went missing last Saturday night has been reunited with his family.

“There are no words to describe how happy I am to announce that I have Atlas back,” wrote Galt.

In a heartwarming video, Atlas is let out of the back of an RCMP cruiser at a gas station parking lot and pounces on his owner.

“It’s an amazing reunion. This is everything we hoped for,” a man in the video tells police.

This comes after Kelowna RCMP released video footage of the pet being allegedly ‘dognapped’ from Galt’s father’s home over the weekend.

Animal lovers from across BC came together in efforts to help Galt reunite with his beloved dog.

“My family and I want to thank the social media world for the immense amount of exposure with over 200,000 shares,” Galt said.

The happy owner posted, “There were three people who were instrumental in recovery of Atlas, who will be getting the reward. Without their help, and the Kelowna Police I’m not sure when we would get Atlas back home.”

It’s still unclear how the stolen dog ended up with police.

Daily Hive Vancouver has reached out to RCMP for more details and will update the story once more information is released.