Sting kicked off his long weekend in Vancouver last night with an amazing 2 hr + performance in front of a sold out crowd at the Queen Elisabeth Theatre. There are 2 more shows scheduled and it’s possible that there are tickets still available for Saturday’s one.

In the past, Sting’s entourage on stage ranged from the +2 when he played with The Police to full symphonic orchestras. This time around he brought with him small but superb troupe, which looked little odd on the stage but sounded impeccable. What was odd about it was the age difference between the “stage right” and the “stage left”.

On one side were Sting who just recently turned 60, Dominic Miller, his trustworthy guitar player for the past few decades and Vinnie Colaiuta one of the world’s top session drummers who played with pretty much everyone from Frank Zappa to Michael Buble.

On the other side were much younger but nonetheless talented half of the band. Dominic’s son Rufus on guitar was surely making his dad proud, especially when the crowd erupted into applause during his solo on “Fields of Gold”. There were a few cute father- son moments on the stage but it was obvious that Rufus didn’t become a member of this band because of his blood relation but because of his impressive skills.

Next to Rufus was another very young musician who, beside maybe Sting himself, left the biggest impression on the crowd. Peter Tickel is a twenty something violinist from Sting’s hometown Newcastle and his energy and his solo performance on several songs had the (mostly older) crowd finally jump to their feet. Last but not least there was Jo Lawry, Australian jazz singer who backed up Sting on vocals and Tickel on violin and had several show stealing moments herself, especially during “Hounds of Winter” when her voice reached superhuman levels reminiscent of Clare Torry’s legendary cameo on Pink Floyd’s “Great Gig in The Sky”.

Sting himself was impeccable in every way. His beat-up looking bass guitar came to life under his fingers, his voice hit every high note including the goosebumps inducing “sending ooooooooooouuuuuuuuuuut” scream during “Message in the Bottle” in the final moments of the 3rd encore after he already sang for over 2 hours without a break. He looked closer to 40 than his actual age and he showed it off by wearing an extra tight t-shirt.

All in all it was an almost perfect concert experience in a great venue, with possibly the most talented group of musicians assembled in a very long time. The only negative thing was few obvious gaps in the set list. On what was supposed to be a “greatest hits” tour some of the best known songs from Sting’s solo career, like Mad About You and Shape of My Heart were completely omitted and it seemed like he totally forgot that back in 1987 he made a brilliant album Nothing Like the Sun (Englishman in New York, Fragile) since not a single tune from it made it into the show. 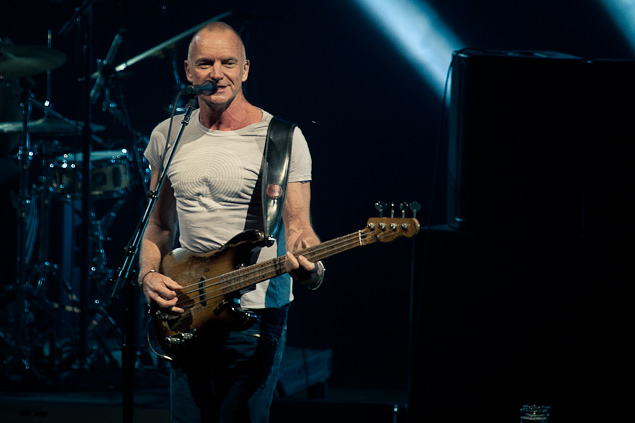 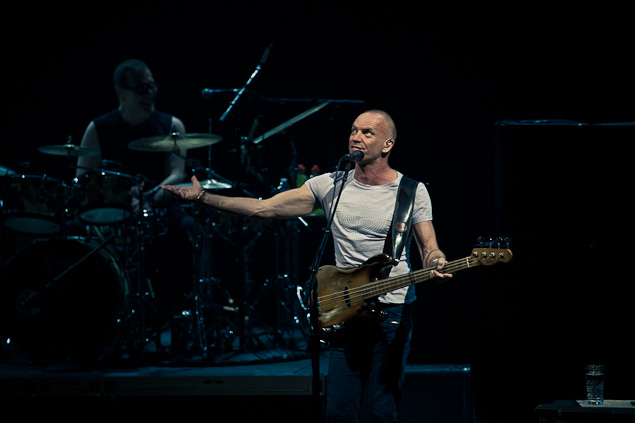 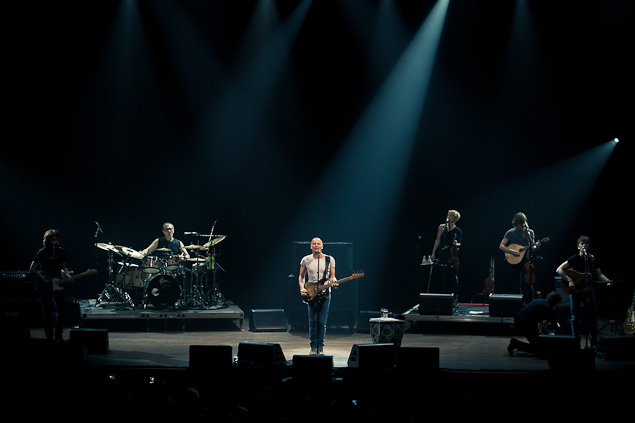 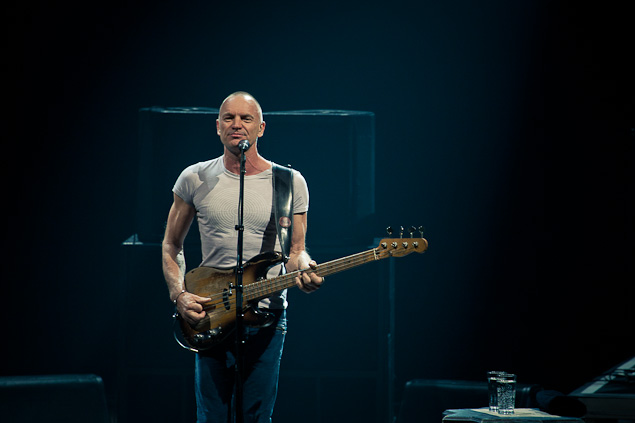