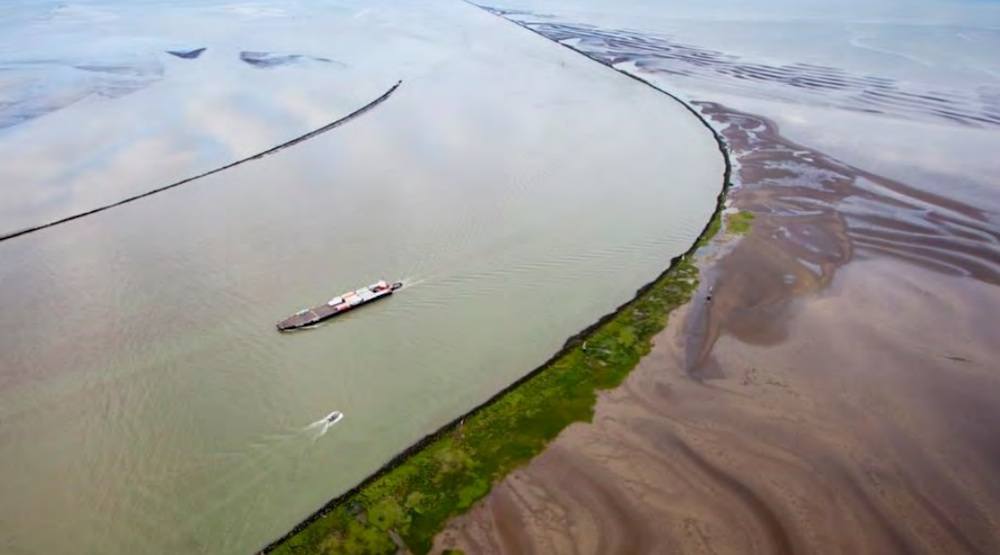 A new artificial wetland could be created near Steveston at the mouth of the Fraser River as part of the Port of Vancouver’s continuing initiatives to offset the environmental impact of its planned port expansions.

The proposal entails turning a intertidal sand flat with subtidal areas along the southern edge of Sturgeon Bank, on the north side of the Steveston Jetty, into an 106-acre marshland with a highly productive habitat for juvenile salmonids and other fish and wildlife.

This would restore and expand the existing intertidal sand flat, which is currently receding and has no vegetation. Fast-moving waters of the Fraser River and tidal movements have accelerated the erosion of the natural formations over the past few decades to the extent that there used to be vegetation on the site.

Location of the proposed marsh. 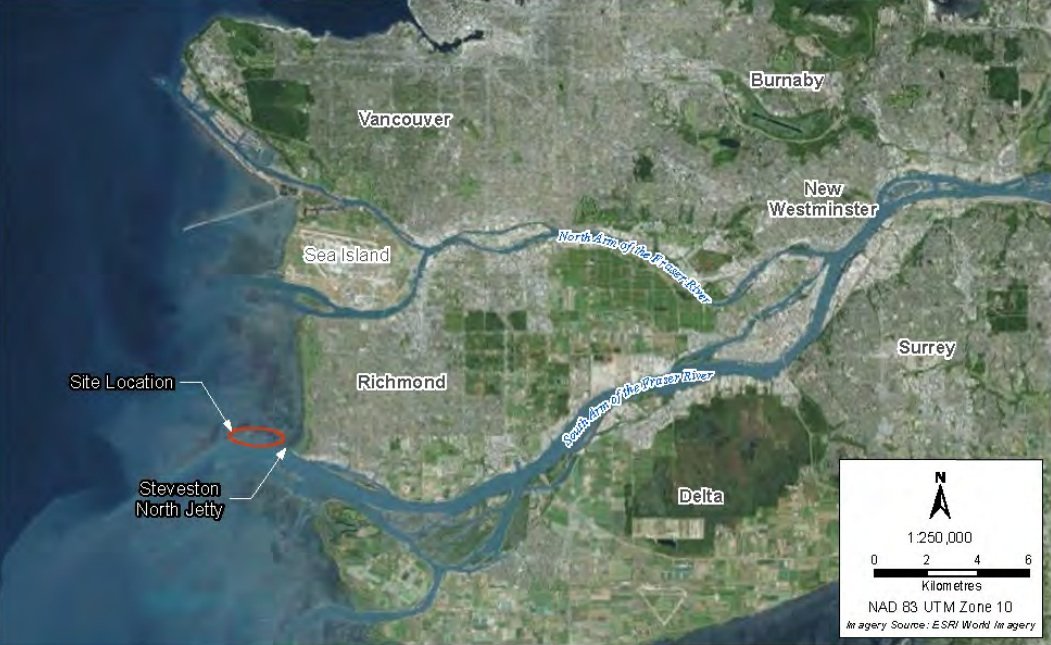 A report by the Port submitted to the BC Environmental Assessment Office indicates the brackish marsh would be created by adding fill material to the area to raise the elevation of the existing sand flat. This would be contained with the construction of a 60-metre wide containment structure about 190 metres in length using a riprap rock formation technique.

After the fill sands have settled, the marsh would either be allowed to vegetate naturally or be planted with brackish-tolerant plant species. A combination of these methods is also being considered.

A proposed perimeter berm approximately 60 metres wide and 2.4 kilometres in length would also contain and stabilize the fill material and protect the new habitat from repeated wave erosion.

It is anticipated that the new containment structure and berm will reduce the amount of sediment that is naturally deposited into the Fraser River’s navigation channels, which needs to be regularly dredged to ensure deep sea vessels are able to maneuver in the waters.

“We will be engaging with Aboriginal groups, the public and stakeholders so that they can provide feedback on features of the proposed project,” the Port told Daily Hive in an email. “We will be reporting out on that engagement and describing how input would be considered should the proposed project go ahead. 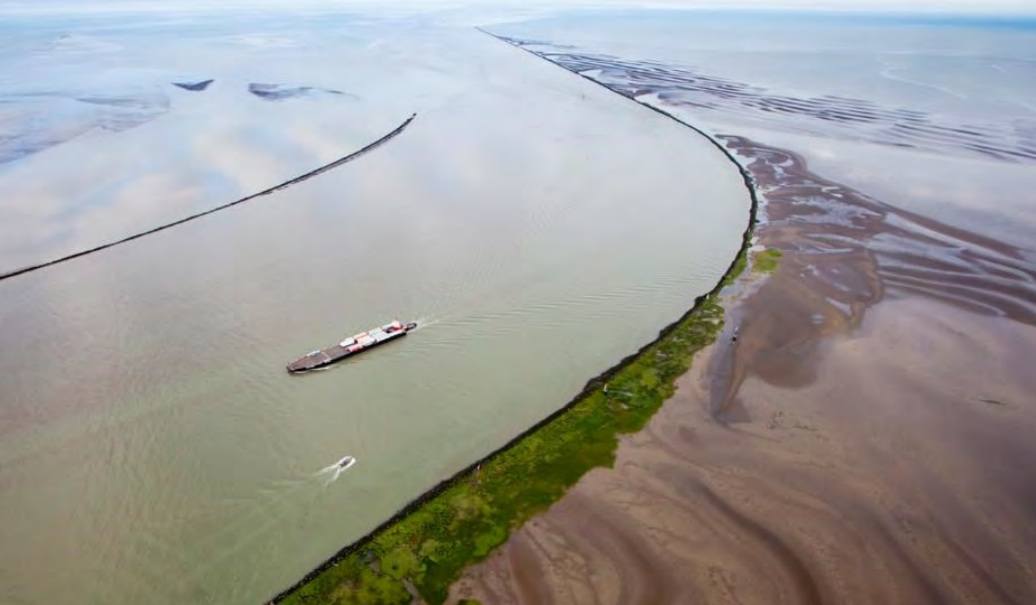 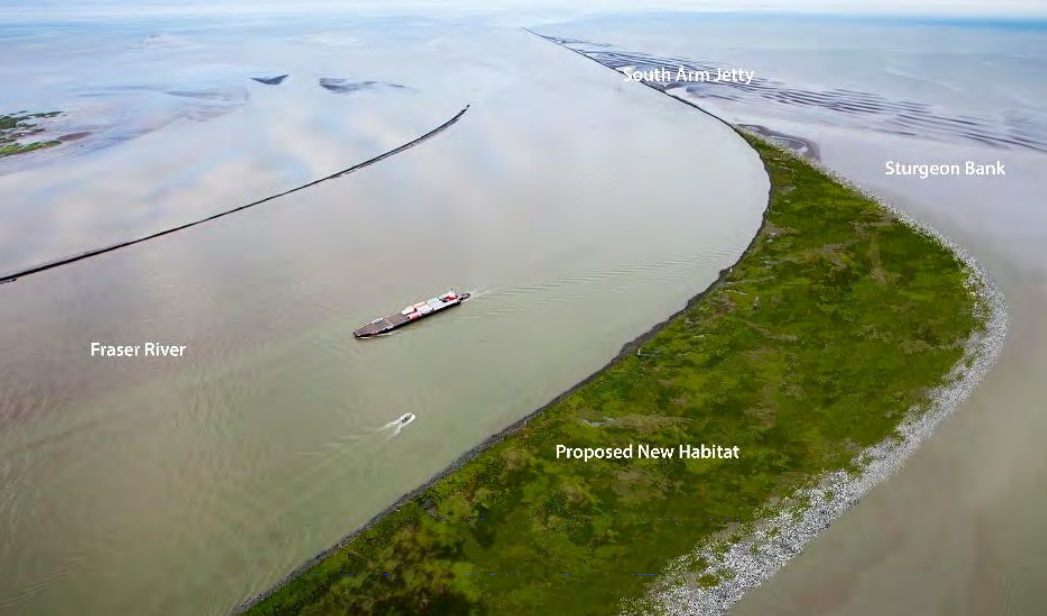