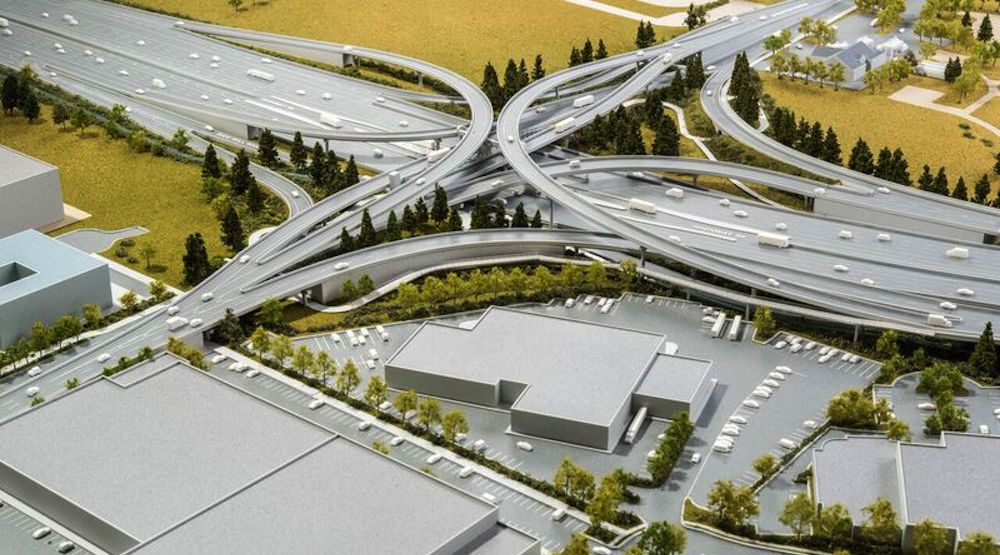 Aerial view of the model for the proposed Highway 99 and Steveston Highway interchange in Richmond as part of the new Massey Bridge project. (Government of BC)

A massive new interchange to connect Highway 99 and Steveston Highway in Richmond as part of the $3.5-billion plan to build a new 10-lane tolled bridge to replace the George Massey Tunnel has the municipality’s Mayor fuming.

Plans to rebuild the interchange, just north of the existing tunnel, with a design allowing for a significantly increased capacity entails a three-level road configuration reaching 46 feet in height at its highest point – approximately the same height as nearby buildings. 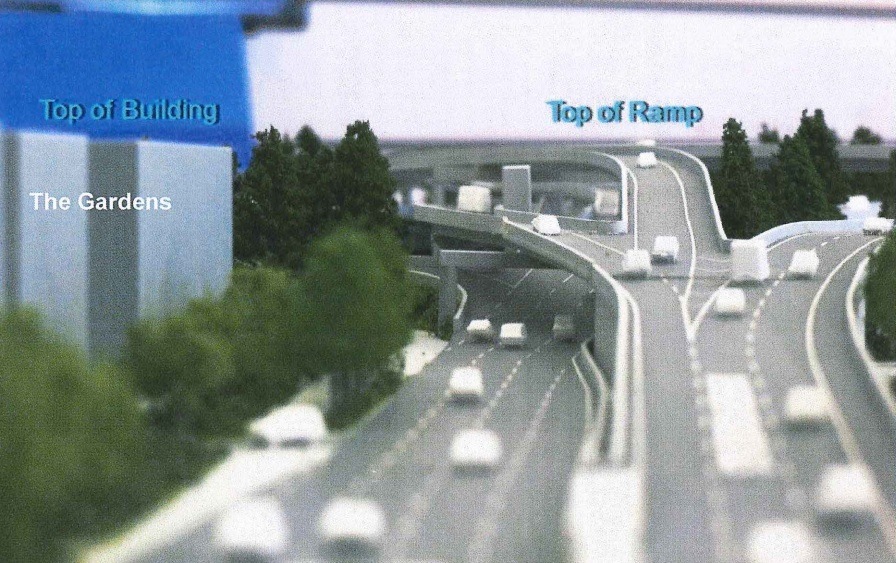 Public documents indicate the provincial government selected an elevated crossover and stacked arrangement instead of an expansion of the current traditional cloverleaf design in an effort to reduce the footprint needed to build a new interchange.

But the City of Richmond, which is opposed to the bridge replacement and highway expansion project as a whole, is concerned about the noise and visual impacts of such a tall road structure.

“I think it is gross, unworkable, unattainable, and excessive and I would be pushing hard to get something more realistic,” Mayor Malcolm Brodie told Daily Hive. “I’m quite familiar with Los Angeles freeways, and I think this is worse than anything I’ve seen down there with the width of the highway, and the number of on and off ramps.” 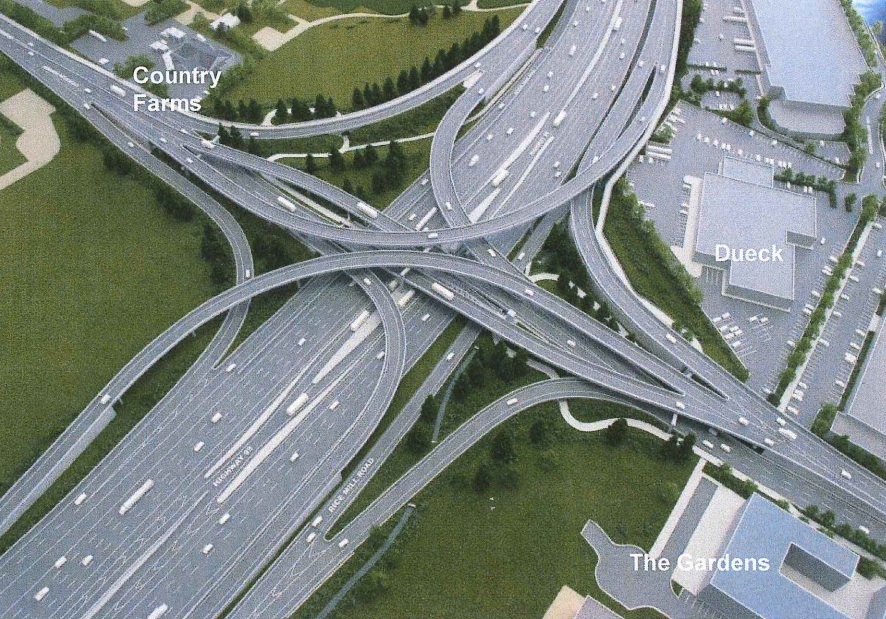 Bus exchange under the interchange

However, unique to the project will be bus public transit exchange facility at the new interchange on the median area of a widened Highway 99, improving the current interchange configuration of bus bays spaced far apart.

Local and regional bus stops will be placed within the centre of the interchange, between lanes of flowing highway traffic and surrounded by ramps. Access to the at-grade transit exchange on the Highway 99 median would be through stairs or an elevator. 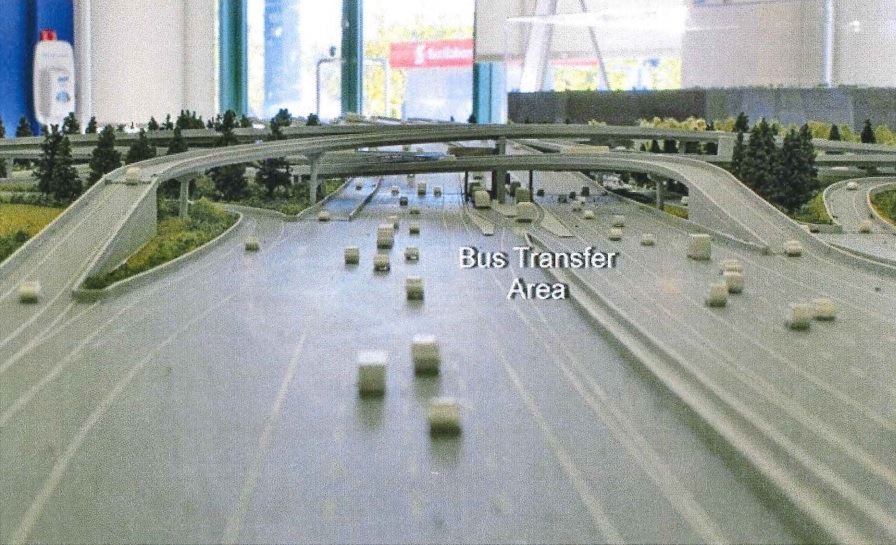 But the municipal government is concerned about passengers experiencing high noise and poor air quality due to vehicles as well as the diminished visibility of the exchange, especially at night.

The bridge replacement project has been a source of much controversy for municipalities and environmentalists who maintain that the project will only shift congestion elsewhere, particularly northwards to the Oak Street Bridge.

Two new interchanges are also planned along the highway route at Westminster Highway and Highway 17A.

Construction work on the project began last week, just weeks ahead of the provincial election. 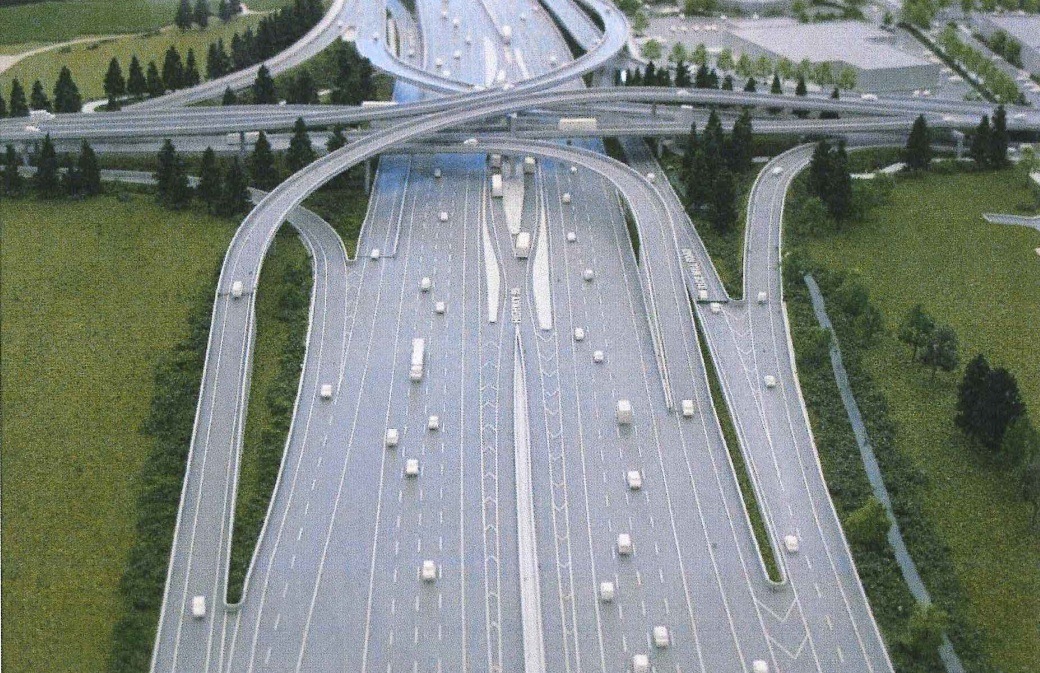 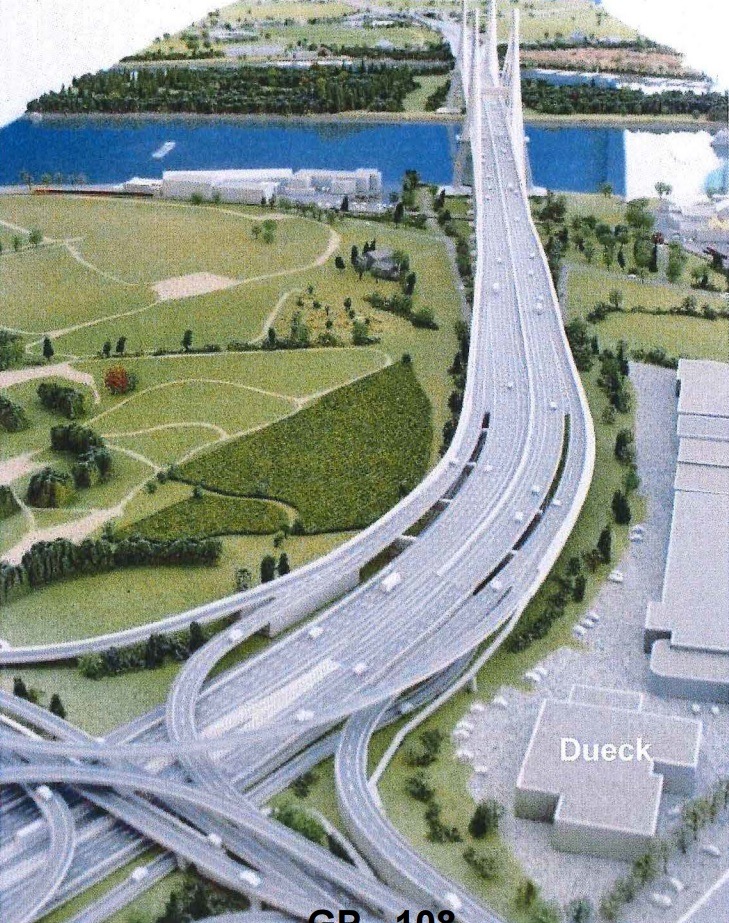 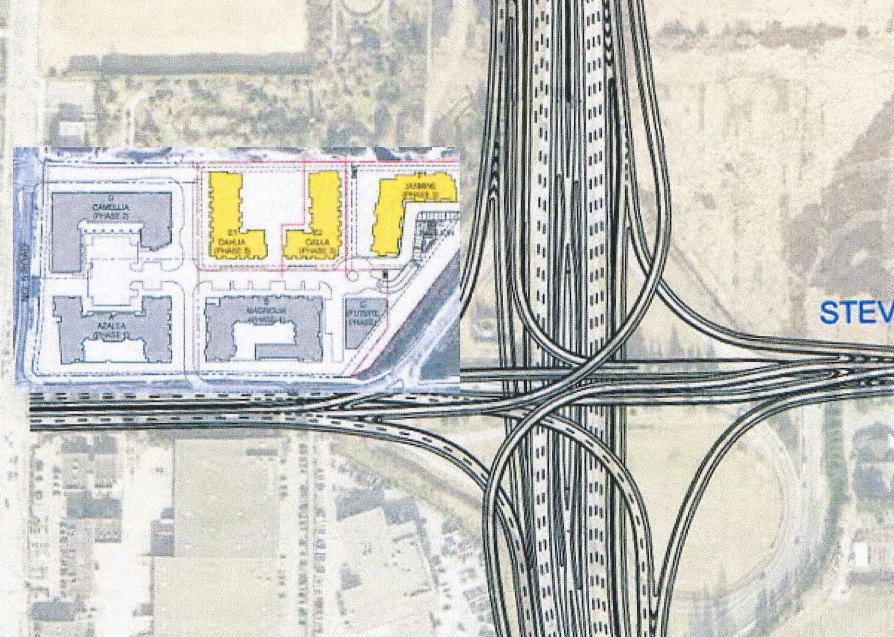