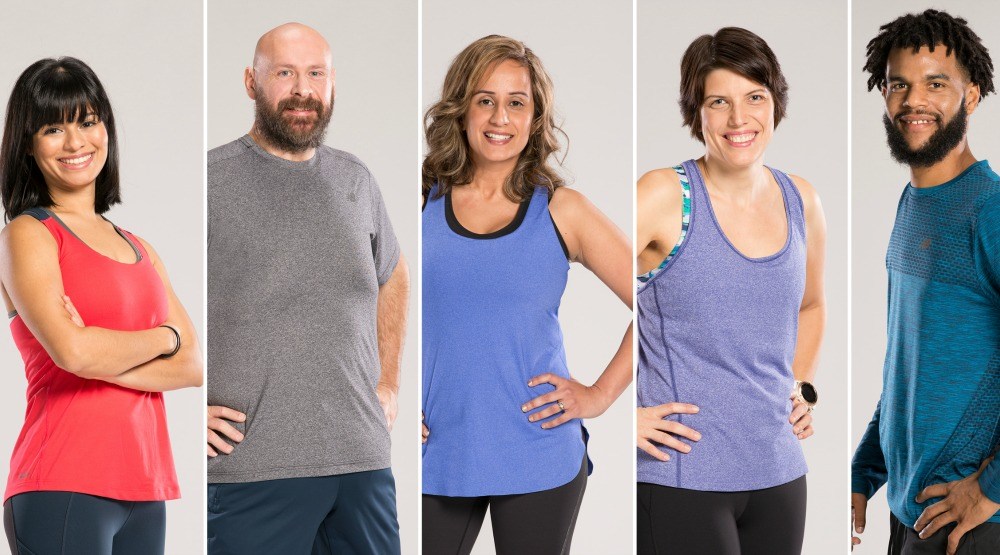 Getting your life in order often takes a little more than a to-do list and highlighter.

There’s a lot of hard work involved. For some people, it means taking a step towards eating right and making healthy choices. For others, it means getting up in the morning and going to the gym.

It’s never easy – especially when you don’t know where to start. For these two people, it just meant finding the right place to go.

In 2013, Emery was partying excessively. He was drinking 12 or more drinks a night and smoking two packs of cigarettes a day. He was unhappy, self-medicating – and one day he was gasping for air after bending down to tie his shoes.

Something had to change.

In 2016, Emery headed to the Steve Nash Fitness World on Marine Gateway. He could hardly spend more than 10 minutes on the elliptical.

But gradually, he got better.

He lost weight and quit smoking. He stopped drinking so much and was able to stop taking anti-depressants.

Emery credits much of his success to the people at Steve Nash. They were there to support him when he needed it – a personal trainer sent him text messages to encourage him to drink less. The front desk staff reminded him he made the right choice by going to the gym that day.

Of course, Emery had to give himself a lot of credit – for sticking to his workout regime every day.

Julie started out like a lot of us – she was unhappy in her job.

It was her first position after grad school. She was depressed, using food as a coping mechanism. Over the first year of her position, she gained 25 pounds.

She started running to try and get back some of her health, but she was being passed by people double her age.

“l still have so much life that I should be able to do this,” she said.

But then things began to turn around for Julie. She started a new job in September 2015, and joined Steve Nash Fitness World through an employee membership program.

She trained with a personal trainer once a week and lost 10 pounds just by changing her diet. She managed to do her third half-marathon 30 minutes faster than her previous two.

For Julie, it was the personal training that helped to transform her life. By getting support from someone else, and having them create workouts that kept her excited, she was able to stay on track and become the best version of herself.

Steve Nash Fitness World is full of other stories like this – and you could be one of them.