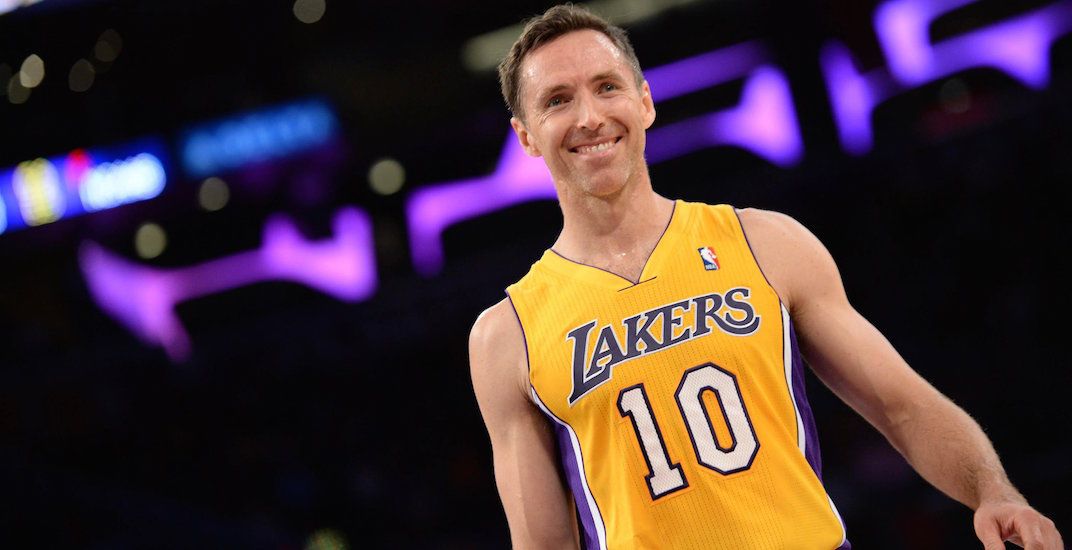 After a BC Supreme Court Justice ruled in 2017 that Steve Nash had no legal case against the BC chain of fitness gyms that carry his name, the Victoria native and former NBA superstar issued a statement this week, announcing a resolution in a legal dispute that involved the fitness chin that bears his name.

The statement said that Nash will have board representation and re-engage with the fitness company and its gyms that are his namesake.

“In business, you can have your ups and downs and disagreements, but true partnerships have a way of working themselves back to where they need to be,” said Nash. “I am really excited to be back in the business of providing Canadians with a premier gym experience and look forward to rejoining the board of our growing business.”

The suit sought damages, costs, and an injunction on the continued use of his name for the gym’s branding and promotions.

“I conclude that the plaintiff’s claim that the defendants’ continued use of the Nash Endorsement is unlawful raises no genuine issue for trial,” she wrote.

How SNFW acquired “the Nash Endorsement”

The story of how Steve Nash Fitness World came to acquire the rights to use Nash’s name is a long one, full of acronyms and share transfers.

It begins in November 2006, when Nash’s own company, B & L Holdings, finalized a licensing agreement with Vancouver Bay Clubs Ltd. (VBCL).

VCBL were allowed to use Nash’s name on the club until March 31, 2022, with an option for the club to renew for an additional five-year term.

Then, in December 2009, VBCL and its shareholders, which included Nash’s company, entered into a partnership with FWG Acquisition Ltd. (FWG).

FWG was a local company, formed by Mastrov and Schlemm. The partnership included the sale of the Nash licensing agreement to FWG.

“In connection with this transaction, B & L consented in writing to the assignment and transfer of the Licence Agreement from VBCL to FWG,” wrote Iyer.

Then, in September 2014, a shareholder in FWG, CH Fitness Investors, gave notice to all other shareholders that it planned to sell all its shares in FWG to Steve Nash Fitness World.

As this was a “drag-along agreement”, SNFW was able to purchase all shares from FWG.

In return, FWG shareholders – again, including Nash’s own company – were compensated for their shares in the amounts set out in the SNFW share acquisition agreement.

This meant the Nash licensing agreement was transferred to SNFW, said Iyer, and contrary to the claims of the initial civil lawsuit there was no “misrepresentation to the plaintiff”.

“Mr. Nash was a signatory to this agreement and in it he acknowledged, confirmed, and covenanted that SNFW had acquired all rights to the Licence Agreement,” added Iyer. “The effect of these transactions was that SNFW acquired the Nash Endorsement.”

Based on a lack of evidence, she also dismissed the argument that Nash’s departure from the company meant the business could no longer use his name, and that continued usage of his name was “misleading”.

In response to the publicity from Nash’s lawsuit, SNFW filed a counterclaim in BC Supreme Court several weeks after Nash’s initial filing. It alleges Nash’s lawsuit has damaged the chain’s reputation with monetary costs.

“SNFW has and continues to suffer loss, damage and expense, including but not limited to damage to reputation and the cost of rebranding the SNFW business in the context of … Nash’s public repudiation of the Nash endorsement,” reads the counterclaim, which noted Nash was compensated $1.87 million through the 2014 sale of his shares to SNFW.

From downtown to Park Royal

Nash opened his first fitness club within the then-new Hudson condominium building in downtown Vancouver in 2007.

This 40,000-square-foot, three-storey sports club later encompassed all Fitness World locations when Nash entered into the partnership with Mastrov and Schlemm and acquired the chain of BC gyms in 2009.

There are currently 22 Steve Nash Fitness World locations, including the location that recently opened at Park Royal in West Vancouver.

Both Mastrov and Schlemm were previously the owners of the 24 Hour Fitness, an American fitness gym chain they founded with over 400 gyms across 17 states.

“Steve is a Canadian icon,” said Chris Smith, CEO of Steve Nash Fitness Clubs this week. “We are so pleased to have him back on the team and a part of making fitness the best part of our members’ day.”

Nash is a former two-time NBA MVP, an eight-time NBA All-Star, and is only the second Canadian athlete to be enshrined in the Naismith Memorial Basketball Hall of Fame.