Steve Martin is undoubtedly one of the greatest comedy legends of all time and an opportunity to see him on stage is rare in these parts of the world. Even though he wasn’t visiting us as a stand-up comedian but as a banjo player I thought the show was definitely worth seeing and the performance was definitely not disappointing.

The ‘wild and crazy guy’ is an extremely talented banjo player and the superb band The Steep Canyon rangers made me google the word ‘Bluegrass’. Yes, the stage at The Centre was bursting with talent of all kinds last night. The songs ranged from very funny breakup song ‘Jubilation Day’ and the first Atheist song, appropriately titled “Atheists don’t have no songs’ to more serious and beautiful ‘You’ and ‘The great Remember’ and there was not a moment in the nearly 2 hour performance that the audience was not enjoying the experience. 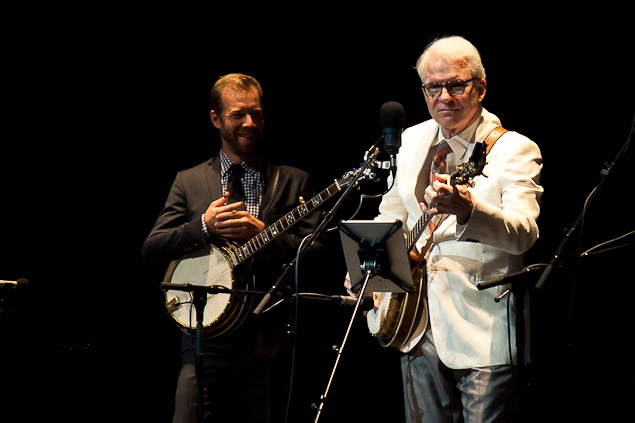 The in-between song banter by Steve was as hilarious as one could have expected. The jokes and the interaction with the band had the crowd laughing out loud throughout the evening.

The concert ended with what is a known classic (at least that’s what they tell me) in Bluegrass: “Orange Blossom Special” and the solo by Nicky Sanders on the fiddle had the crowd erupt in a standing ovation. The Steep Canyon Rangers would be a great success without their resident celebrity, with him, they are an act not to be missed by anyone, no matter what your taste in music. 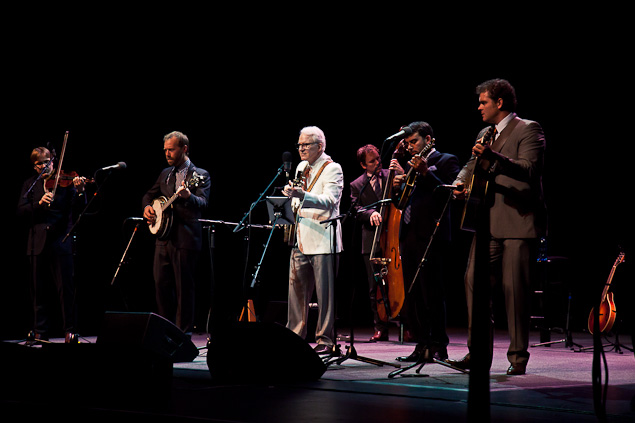