Even though they just opened for the morning, the air is already thick with the fresh smells of olive oil and feta. 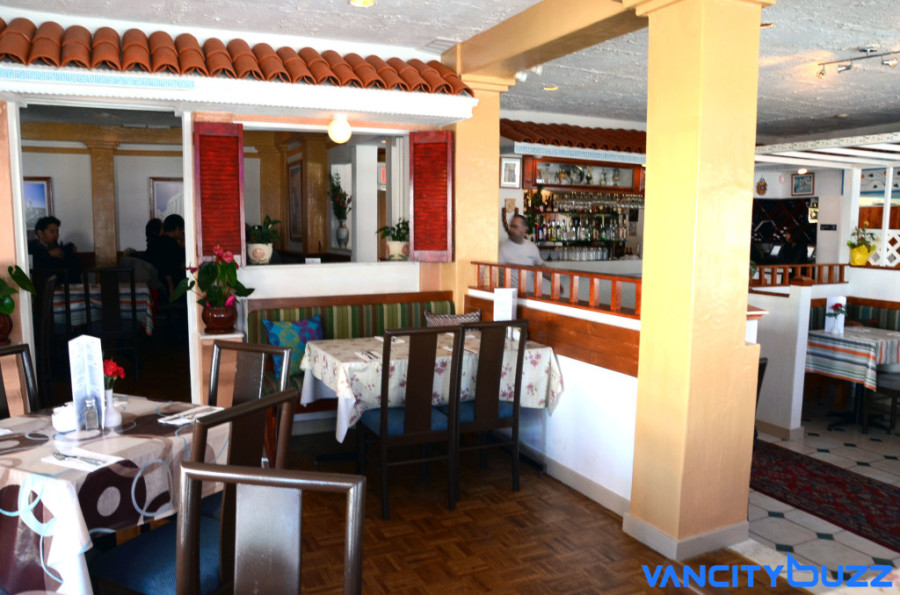 As a staple on Davie Street, the Robson location of Stepho’s is an expansion on the already-popular Greek taverna that serves up traditional and affordable Greek food. Manager Theo Falias describes the new location that just opened in February of this year as “a lot more open and bright … with a different, newer vibe” than the original Davie St. taverna – despite the fact that it’s actually smaller.

The menu features all the traditions of a staple Greek diet – lamb, beef, pork, chicken and prawn souvlaki framed by a trio of sides including rice pilaf, roasted potatoes and a Greek salad. And if that doesn’t enough for your tastebuds, there’s also a range of hot and cold appetizers like spanakopita (spinach-stuffed puff pastry), steamed mussels and clams and a cool dish of feta and cheese served with olives drizzled in its own oil as well as pita bread.

As a vegetarian, I scanned the menu looking for veggie-friendly options that I could try. After noting that both of the soups (avgolemono: an egg and lemon soup, and fasolatha: a beans and assorted veggies choice) available had a chicken-based broth I decided on a veggie pita and a glass of house white wine recommended to me by the friendly waitress. 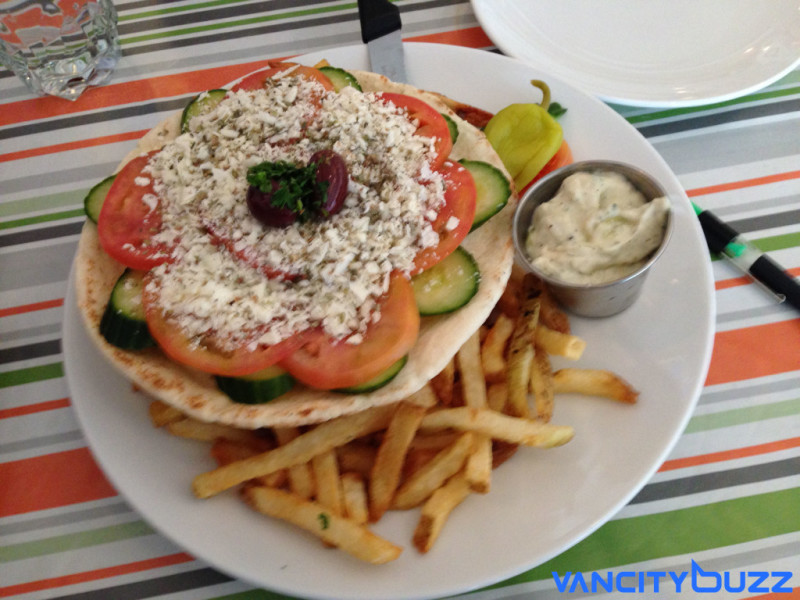 My dish arrived not too long after I ordered and was served on a bed of fries that took up the entire plate and a small side of tzatziki. Although slightly too salty, the thin-cut fries weren’t too greasy and came in a generous serving – I couldn’t even finish them all.

The dish itself was a mixture of tomatoes, cucumber and crumbly feta cheese on a warm round piece of pita bread and garnished with a pair of Greek olives and a jalapeno pepper. The mixture of veggies and sharp feta all tasted fresh and bright and was complemented both by the creamy garlic and dill flavour of the tzatziki. The glass of white wine I had felt neither too dry or too sweet and balanced out the saltiness of the fries and olives of the dish.

The staff was extremely friendly, attentive (checking up on me frequently throughout the meal), and informative as they suggested which dishes to try and what drink would suit the meal best.

The restaurant is open from 11 a.m. to 11 p.m. on weekdays and weekends. Featuring a bar framed by photos looking out on the Mediterranean, red roof tiles and more Greek blue meander trimming, Stepho’s offers a list of house wines and cocktails by the glass and highball as well a selection of Greek and B.C. wines available by the bottle in either red or white. 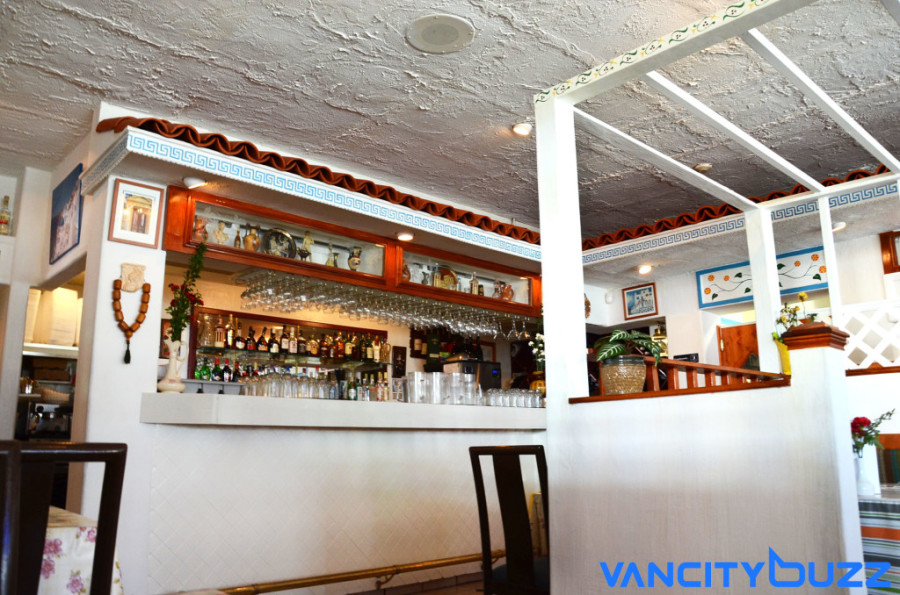