For the fifth year running, the food world’s prestigious Saveur Magazine has honoured talented food bloggers around the globe for their online work, and for 2014, the top award alighted on Vancouver’s own Stephanie Le of I Am a Food Blog. Le’s beautiful photo-centric recipe site took home the Editors’ choice for Best Cooking Blog, and the all-around win for Blog of the Year.

Le started blogging in 2010, when she took on the daunting task of cooking through the entire Momofuku cookbook and documenting her endeavour online. She took a break from blogging, then came back with a vengeance with I Am a Food Blog in 2012. Now she’s making the leap to the printed page, with the September 2 release of her cookbook, Easy Gourmet. Le has been doing a lot of traveling this year, including spending time in Japan, and hitting Vegas for the Saveur awards, but calls Vancouver’s Yaletown home.

We reached out to Le to talk to her about her blog, her upcoming debut cookbook, winning the Saveur Awards, and her take on the Vancouver food scene.

Vancity Buzz: Do you consider Vancouver to be a “food” or “foodie” city? Why?
Stephanie Le: I’d say Vancouver is a big food city. There are a huge number of restaurants doing exciting things, there are food carts, there are artisanal food makers – it’s a huge creative mess of deliciousness! 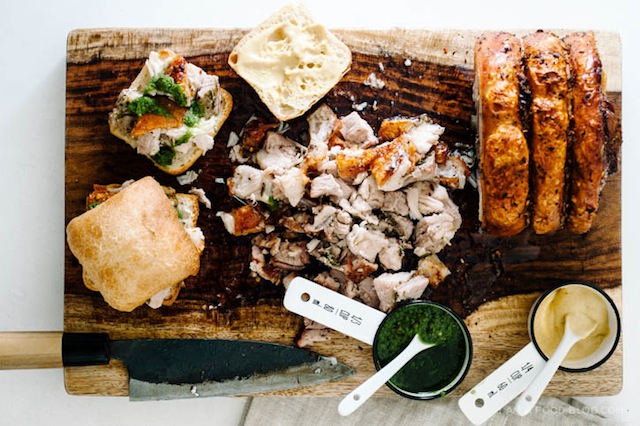 When you started food blogging, were you already a reader of food blogs? How would you characterize the state of the food blog in Vancouver?
I definitely was already reading food blogs when I started blogging. There weren’t as many back then, but the ones that did exist are still around now. I think Vancouver is more of a food review city, with plenty of blogs on dining out. There aren’t as many cooking blogs, but with that being said there are some awesome Vancouver bloggers out there – one of my faves is Lyndsay, at Coco Cake Land.

What restaurant meals in Vancouver have inspired recipes and posts?
Eating out in Vancouver has definitely inspired posts. One of my most popular is one where I recreate Meat and Bread’s famous porchetta. I’ve also come up with my version of Toshi’s Nasu Dengaku (Miso Eggplant). I had a delicious salad at Hawksworth once and did a loose interpretation on the blog as well. I love the tarte flambe at Les Faux Bourgeois and I’ve made that at home too. 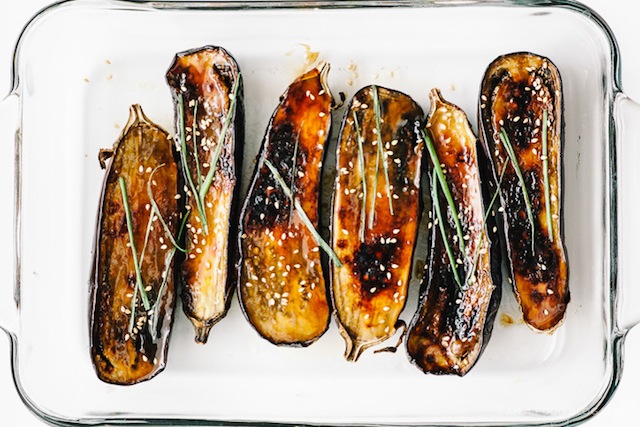 What are some of your favourite Vancouver eats?
I love Suika for Japanese food, Toshi for straight up sushi, the pastries at Ganache, the twice baked almond croissants from Thomas Haas, the chicken wings at Phnom Penh and the banh mi from Au Petit Cafe.

What was it like learning you were up for, and then won, the Saveur Best Food Blog award?
I had no idea I would win – I was completely honoured to be nominated. When I found out I won I was ecstatically, gloriously happy. I felt ALL the good feelings! How has your blogging style evolved since you began? Well, the photos have gotten bigger! Other than that, I would say my photography and post-processing of photos has definitely improved.

Tell us about your blog title, I Am a Food Blog. Were you kicking around any other names?
Originally I wanted to call my blog “This is a Food Blog,” but it was taken, so I am a Food Blog was born. I actually am quite fond of it now as I have a tendency to personify inanimate objects, so it makes sense to me that my food blog declares that she is, in fact, a food blog!

Do you think there are too many food blogs, or is there room for everyone?
I don’t think that there are too many food blogs at all. There’s always room for innovation and inspiration from new voices. What can we look forward to from you in your cookbook? “Easy Gourmet” is full of fun, easy recipes that have that special “I am a Food Blog” touch. The recipes are as eclectic as my taste in food: a little bit Asian, a little bit classic, and a lot delicious.