Steamworks Brewing Company has been a Gastown institution over the last 17 years, proving to be a go-to location for tourists and locals alike. They’ve established a reputation as one of Canada’s premier craft breweries thanks in part to their unique steam generated brewery system and the direction of long time Brewmaster Conrad Gmoser. But now, for the first time in the brewery’s history, the reigns are being passed on.

Caolan Vaughan has been appointed as the new Steamworks Brewmaster, and he definitely has some big shoes to fill. Having worked in Australia and the U.K., Vaughan is no stranger to craft brewing and is excited to bring his own fresh take to the Steamworks brand.

We had a chance to speak to Vaughan about coming to Vancouver, finding a way to make his own mark on the Steamworks label and his thoughts on the local craft brewery scene.

What drew you to come to Vancouver and work with Steamworks Brewery?

I have always loved beers that have been produced in the Pacific North West and have always wanted to come and make beer here. The environment is beautiful and being an Aussie who loves the outdoors it’s a perfect fit for me. Snowboarding, climbing, hiking, etc.; you can’t go wrong.

You’ve got some big shoes to fill with Conrad Gmoser’s 17 year legacy as Brewmaster; is that at all intimidating?

I sure do. Conrad is as much of an institution of Vancouver as Steamworks is, well at least in the brewery world. However it is not intimidating for me as brewing beer is all I have ever done. I rather see it as a great opportunity for me and Steamworks enter a new era of success in the craft beer world. Also, Conrad and I get along very well so I know that we will always help each other out whenever it is required. 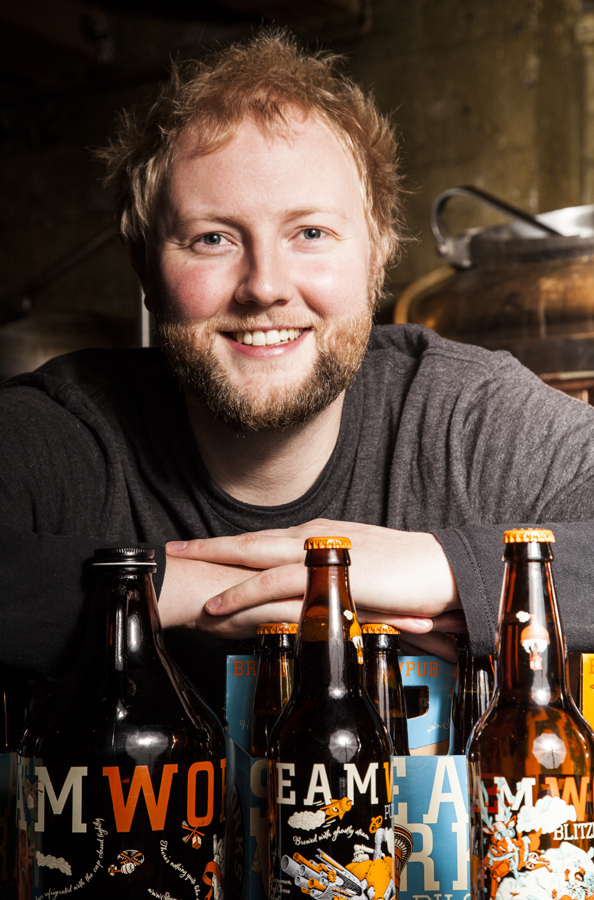 What changes should we expect to see from your leadership?

Changes that you may see from me will most likely be the new beers that we will create at Steamworks. I have some exciting new ideas about what the good people of B.C. will love!

How do you think your international experience will benefit the brand?

My international experience will hopefully bring a fresh approach to the way we do things here at Steamworks while still continuing to produce great beers. My experience in both the U.K. and Australia where the craft beer scene is exploding has giving me great insight in the minds of craft beer drinkers. So from that I should be able to create some real treats for people.

Can you tell us a little bit about your first release, the Saison Ale?

Saisons are complex beers – fruity, dry and spicy. Much of the flavour comes from use of some unique top fermenting yeast strains. These lend spicy flavours reminiscent of orange peel, clove, allspice, citrus, cut grass and coriander. Saisons have earthy and rustic flavours that are delicious and comforting. The beer has an assertive hop character adding to the complexity and refreshing nature of the style. I hope you all enjoy! 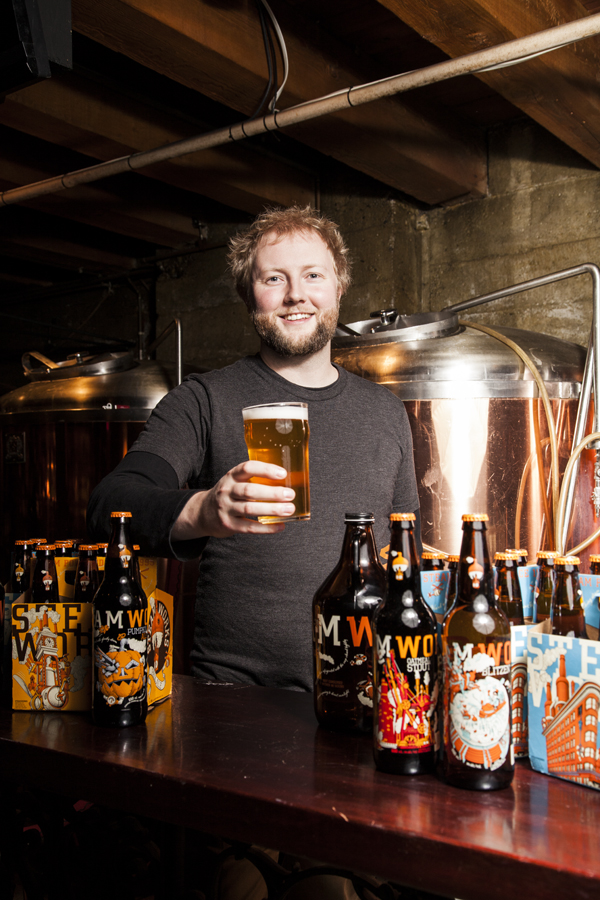 What are your thoughts on the Vancouver craft beer scene?

The beers scene here is a hive of activity! With new breweries opening and older breweries expanding, it is a great time to be in craft beer here in Vancouver. I have sampled a few already have been very impressed with the quality! However, I am very much looking forward to producing beers in our new production facility and I hope everyone else is too.

I know it’s like asking which child you like best, but I have to ask, what beer style is your favourite?

My favourite beer style would have to be the next one!

Written and interviewed by Ryan Tessier, a Food & Drink Columnist at Vancity Buzz. Connect with Ryan on Twitter @wanderguides.