I need to admit a terrible secret: I’m not a huge Shakespeare fan. Maybe I didn’t have the right teachers in high school (doubtful). Or maybe I’m just not sophisticated enough for the Bard’s fine phrases (probable). While a few of my arts-loving friends go to Shakespeare with regular frequency, I find that many are struggling to find relevancy with 16th century Elizabethan English written by a white guy in iambic pentameter.

Enter Bard on the Beach’s steampunk production of The Comedy of Errors, a way of drawing a larger audience than the title would usually attract. First thing to note about this production – the costumes are absolutely spectacular. Bard goes all out in drawing inspiration from the 19th-century industrial machinery aesthetic, and each of its characters, from leads to background, are gorgeously unique. Now I’m hardly a steampunk expert so I can’t vouch for the authenticity of the costumes, but the opening number is a glorious, breathtaking, slightly menacing sight. 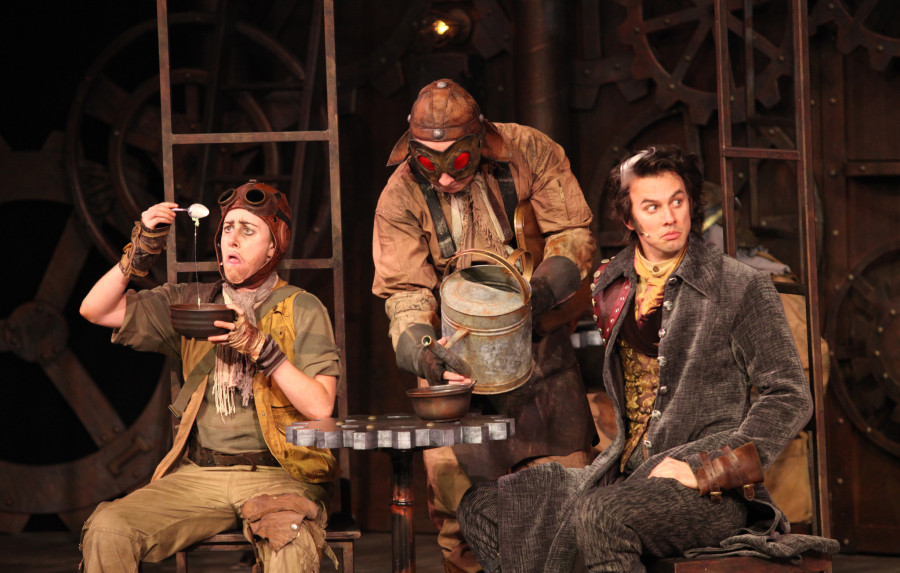 The actors all play larger-than-life personas, which fits both Shakespeare’s original play and the grandiose nature of the steampunk setting. It’s to the actors’ credit that they can make us see past the elaborate capes and ridiculous eyewear. The asides are done craftily as machine breakdowns, and there’s a Matrix-esque influence of bodies moving in slow motion, aided by an excellent and futuristic score. The scene-stealers this time around are a pair of servants to the ladies Adriana and Luciana – Ugly Nell (Andrew McNee) in particular, is the Shakespearian version of Hodor. 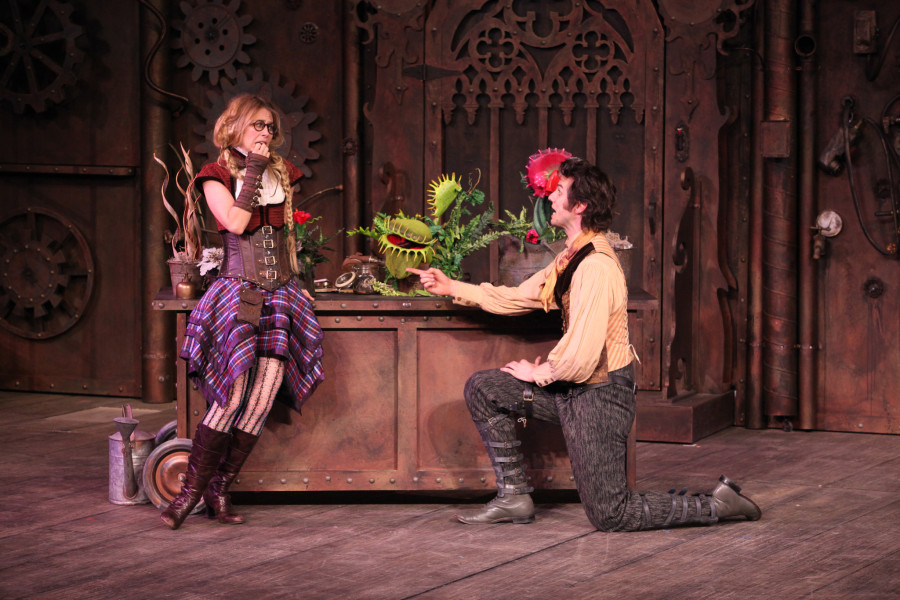 The strongest point of the casting was to switch up the sex of the two Dromio sidekicks (Luisa Jojic and Dawn Petten), as well as the hilarious Andrew McNee and Daniel Doheny as scullery maids. Once you get past the flash and production, the second half isn’t as riveting as the first. There’s a bit with the electrocution treatment that goes on far too long, and everyone seems to be in a constant state of hysteria which is both hard to watch and sustain.

Like the original, Comedy of Errors is a little like bubblegum pop – it’s not meant to be taken seriously. Still, the steampunk theme is incredible and it’s one of Bard’s better modernizations in recent memory.

The Comedy of Errors at Bard on the Beach runs until September 26. More information here.