A long, long time ago, in a galaxy far, far away…

These words have a special place in many peoples’ hearts. For some it’s sitting in a movie theatre in 1976, watching the worlds crawl over the screen. For others it’s marathoning a trilogy of two hour movies late into the night. With six movies, and a seventh in production, Star Wars has touched a lot of lives. In 2001, 21,000 Canadians entered Jedi as their religion. Complete with laser guns, laser swords, aliens, space wizards, robots and bounty hunters, the Star Wars trilogies are sci-fi movie classics. 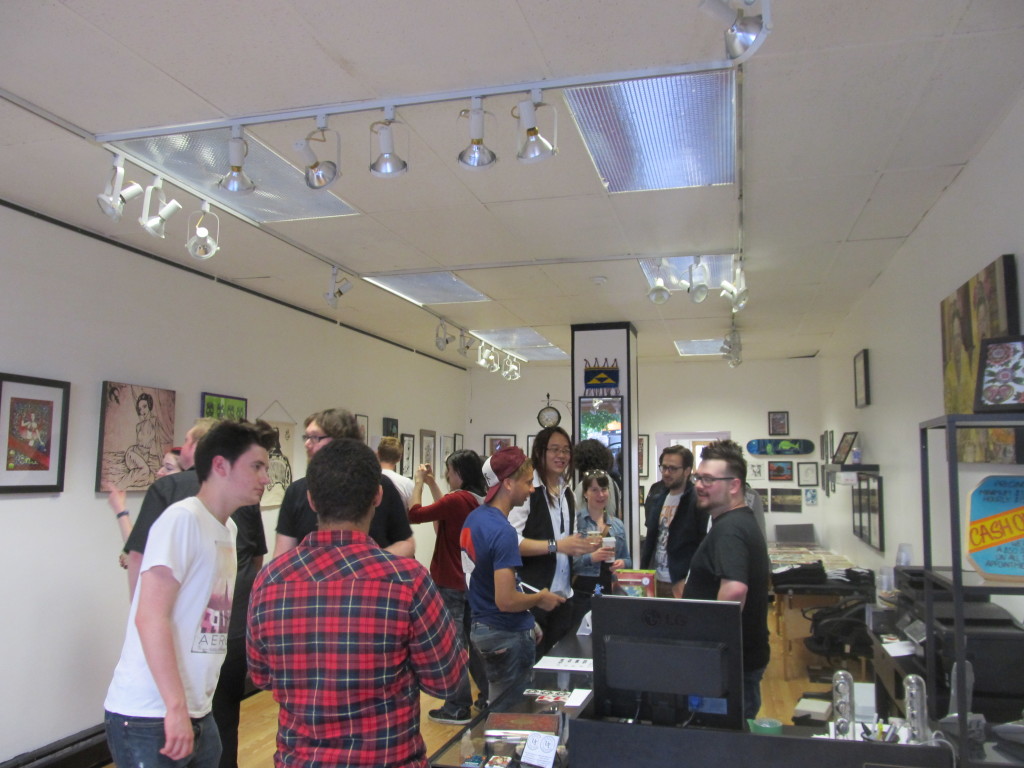 For local artist Tony Velocity, Star Wars is an inspiration. “When I was kid, I wanted to be Boba Fett with a lightsaber. To be honest, I still do.”

Velocity is a Vancouver-based artist who specializes in toy making and graffiti. He is primarily a resin artist, but also works with paint, trading cards and spray paint. “I remember I would draw robots and power rangers and Darth Vader. Not very well. But I would try my five year old damndest.” and in the following couple of decades, he has certainly improved his technique. His work has been previously available at the Vancouver Retro Video Game Expo and at Vinyl Fantasy 3, but now he’s returning to Unity Tattoo on Commercial Drive with Blasters and Sabers: A Star Wars Art Show. 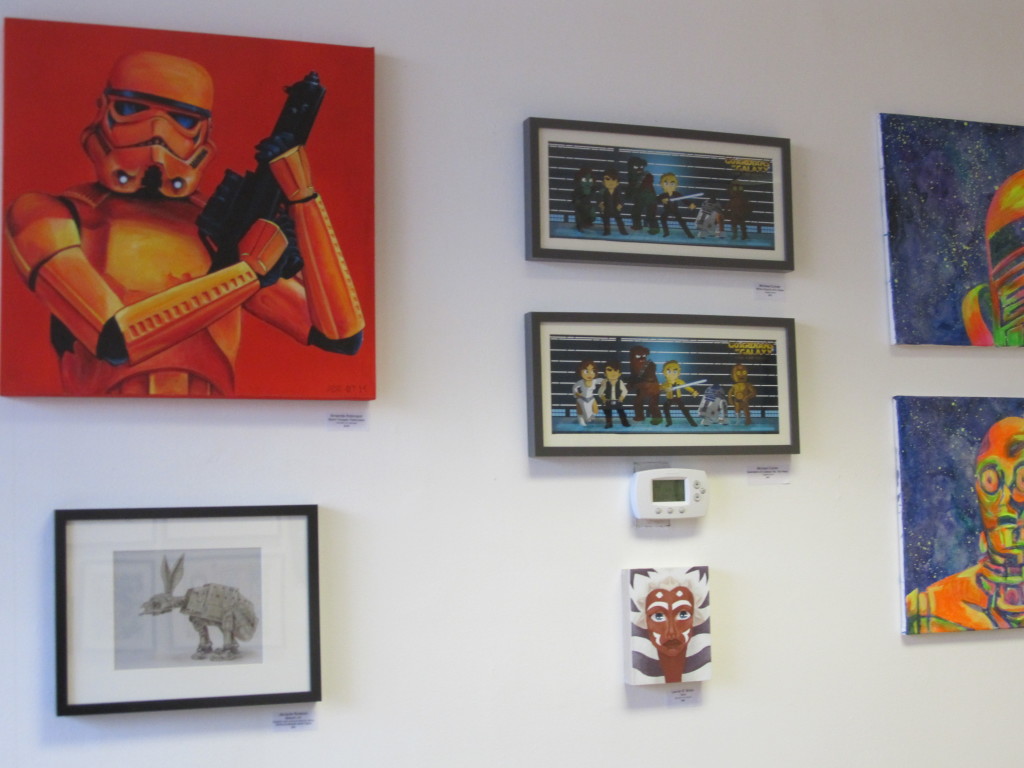 Velocity is the spearhead of the local art show that was held on July 19th. He’s gathered other local artists to explore the mythos and history of the Star Wars universe through their craft. Local names like Jonny Botsh, the found of Vinyl Fantasy, a local Vinyl toy show. Krystal Lord who does painting and pastel Star Wars toys. The creator of Kenobi and Me, Michael Cohen, Peter Dale, who makes custom patches, and some of the artists of Unity Tattoo, Ryan Cardinal and Aaliy Rose. And many more local artists, adding their artistic spin to the legendary trilogy from a wide variety of mediums, lino prints, foreign currency, a duck egg and one ink drawing on 140-year-old newsprint.

Even if you missed the show, the artwork will be up at Unity Tattoo (1395 Commercial Drive) until the end of August. There will also be another show sometime in November, called Curry and Murray. This will be a collection of local art of actors Tim Curry and Bill Murray.