With seemingly endless mountains, the ocean and lakes, there is a reason our license plates proudly assert that we live in ‘Beautiful British Columbia.’ And there’s no question that Stanley Park contributes to Vancouver’s reputation as one of the most beautiful cities in the world.

Stanley Park has recently been named one of the best parks in the world by Fairmont Hotels & Resorts. The 1,001 acre park is almost completely surrounded by water and of course includes gardens, lakes, trails, the world-famous Vancouver Aquarium and even a 700 year old tree.

This isn’t first time Stanley Park has been noticed and compared to others on the world stage. In June 2014, Trip Advisor named it the Top Urban Park in the World and in May 2013, Travel + Leisure Magazine named it second in the World’s Most Beautiful City Parks.

Other parks also named in Fairmont’s list of best city parks include Hyde Park in London, Central Park in New York, and Park Güell in Barcelona.

Here’s what Fairmont had to say about Stanley Park: 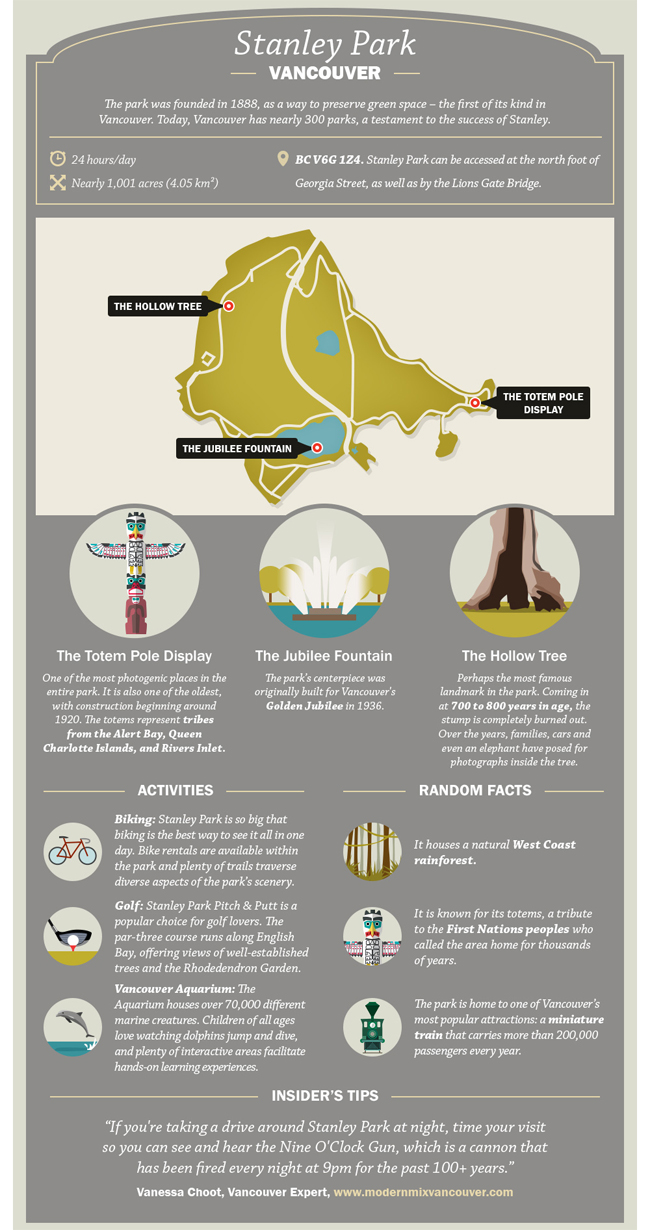