As the sun rose over English Bay this morning, almost a dozen athletes dipped their paddles into the waters to begin a three-day trek to promote men’s health.

During the trip, Whitfield and ten other athletes will be paddling 140 kilometres to Victoria Harbour, pushing the limits of their endurance and bringing into perspective the need for healthier choices. The trip, Whitfield says, will “act as a metaphor of how small steps can have a profound effect on people’s lives.”

Whitfield says the paddlers will push the limits of endurance while exploring many aspects of men’s health. Not the least among them is the prominent life expectancy gap between the genders that, on average, see North American men die four to six years before their female counterparts.

Vancouver Coastal Health attributes the gap to inherited biological risks as well as behaviours such as higher dependency on alcohol, underuse of health services and unhealthy eating habits that are more common amongst men than women.

“Far too many Canadian men needlessly go missing from our daily lives, not because they die, but because they have become very unhealthy or sick. We need to change that,” says CMHF Founder Dr. Larry Goldenberg who was in attendance to the push off from shore this morning.

B.C. Health Minister Terry Lake was also on hand to promote the event. “Raising awareness about men’s health is something that benefits all of us,” said Lake. “Most British Columbians know that better health often means that we have to make healthy choices every chance we can. As a father and a husband, I owe it to myself and my family to make any changes needed to ensure I’m part of their lives for as long as possible.”

The trip will see Whitfield and his fellow athletes paddle across the Georgia Strait, onto the Porlier Pass and Haro Strait before circling the southern tip of Vancouver Island. Live updates on the paddlers progress will be posted onto the Don’t Change Much blog.

The event Stand Up Paddle For Men’s Health and the CMHF are powered by Duracell, who announced a $1 donation to the CMHF for every pack of Duracell Quantum batteries purchased at Canadian Tire between June 1-15, 2014. 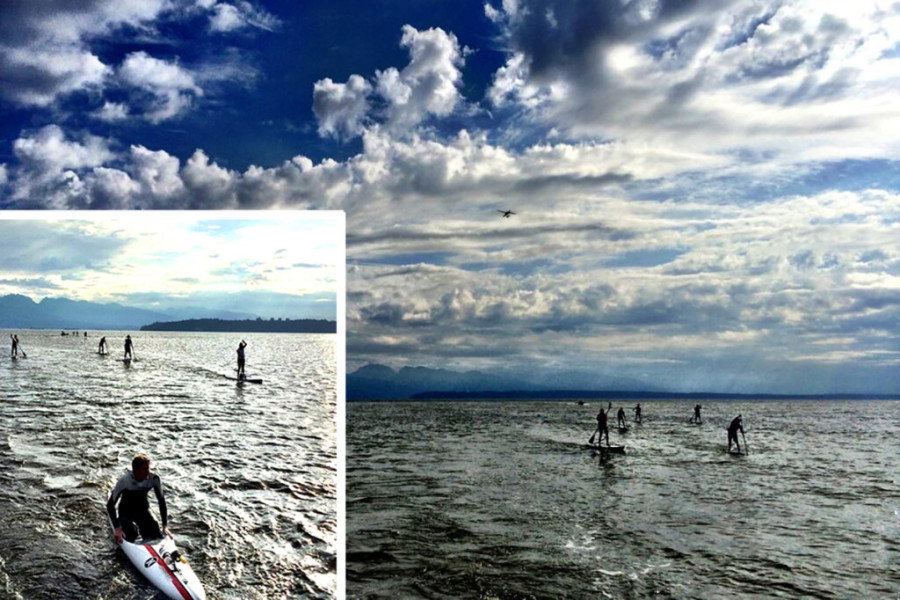 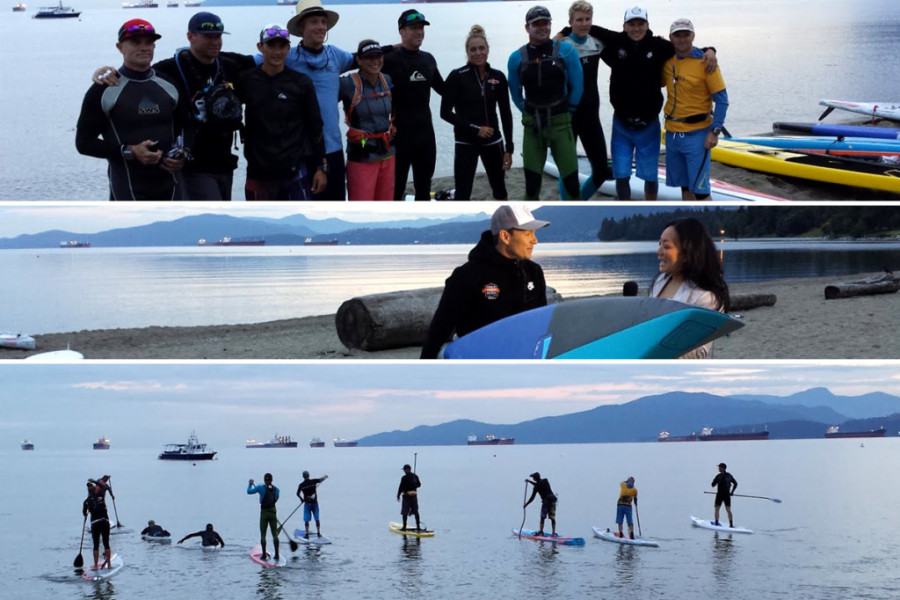