Undoubtedly the hottest story in “Down Under” dance music, The Stafford Brothers are bringing their irresistible sound to Vancouver for this Saturday’s show at Republic Nightclub.

The duo are the hottest Australian EDM export to hit the North America. Currently ranked the #1 DJs in their homeland (three years running) as well as ranking in last year’s DJ Mag Top 100, brothers Matt & Chris Stafford have made their way to the Westcoast now residing in L.A.

Not only are they the first EDM DJs signed to Cash Money Records, but they are also the first DJs to have their own network TV show currently syndicated in over 20 countries and are the only DJs to be asked to rework the official theme song of arguably one of the biggest sporting team on the planet, Real Madrid. On top of all that, they have recently remixed artists as diverse as Timbaland, Wolfgang Gartner, Snoop Dogg & Akon.

This Saturday the Stafford Brothers, Cash Money, and a bunch of Kangaroos will be in the house! 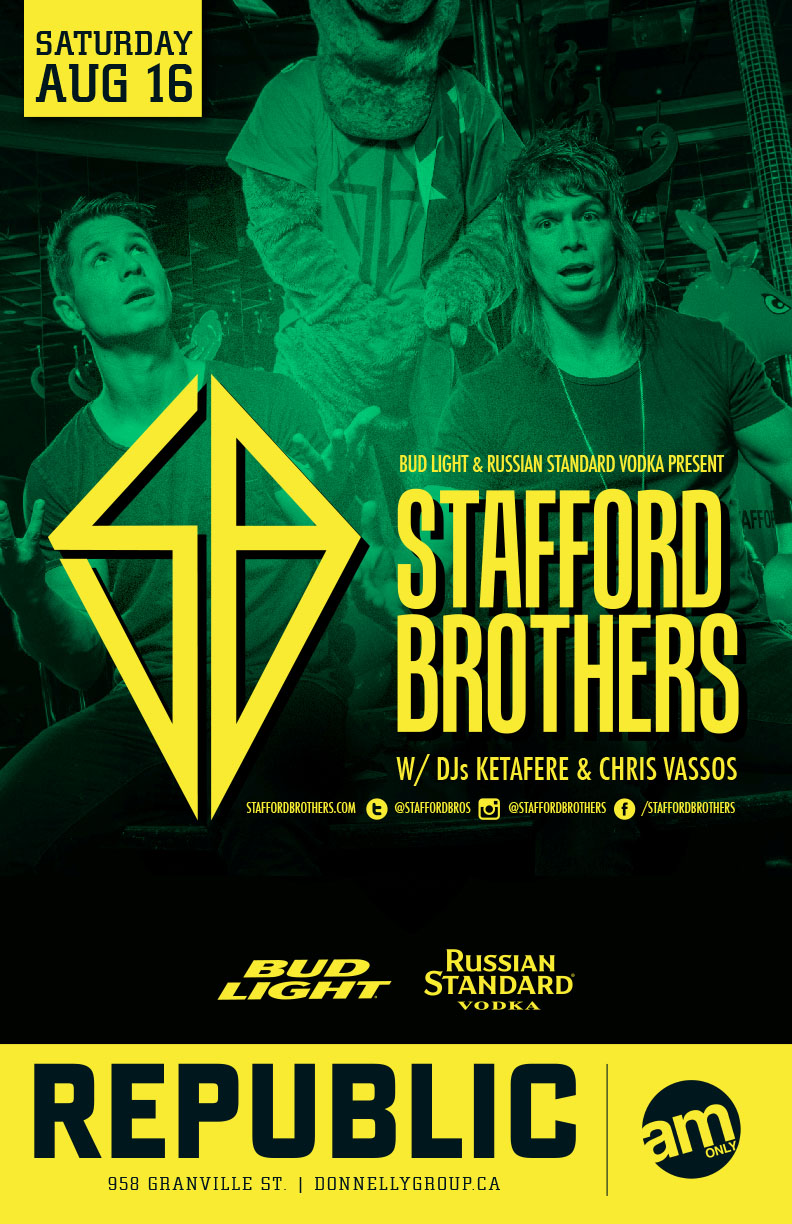