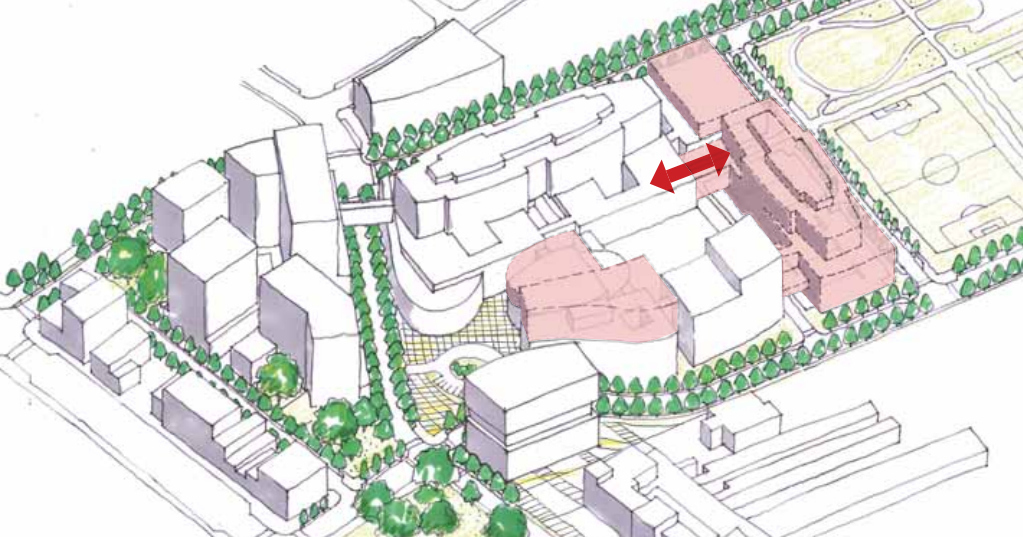 Planners with Providence Health Care are considering two layout and design concepts for the new replacement facility for St. Paul’s Hospital at the False Creek Flats near Chinatown in Vancouver.

The $1.2-billion project to relocate the historic hospital into a new state-of-the-art facility was revived in spring 2015 after plans were abandoned to restore and expand on the existing Burrard Street site on the downtown Vancouver peninsula. The current project resurrects and modifies a plan first proposed in 2004 when an 18.5-acre site, immediately north of Pacific Central railway and long-haul bus station and one block away from SkyTrain’s Main Street-Science World Station, was purchased by project partners.

One of the design concepts is an “urban court” with hospital facilities centred around the new outdoor plaza space and vehicular drop-off. The main hospital buildings are oriented along an east-west axis along Malkin Avenue.

In contrast, the second option – the so-called “pedestrian spine” – is laid out on a north-south axis with a wide pedestrian connection running through the hospital facilities. An iconic elevated medical office building on the southeast corner of the site next to Thornton Park and Pacific Central Station is intended to provide the hospital site with a strong visual entrance.

Unlike the plan to retrofit the existing facility, a new hospital site, starting right from scratch, enables Providence Health Care to utilize the latest hospital design practices and most efficient layouts.

“I would say that the hospitals we grew up in were one building with a small front door and other hospital buildings built up around it in a way that doesn’t make sense,” Dr. Jeff Pike, Physician Director of Clinical Planning for Providence Health Care Redevelopment, told Daily Hive. “So when you need to go for service, it’s very simple if you are sophisticated, not frail, and have family to help you if you have one service to go to.”

“But as soon as you need multiple services, if you need a X-Ray, lab test, need to see several specialists, it becomes very confusing and by the way you’re there all day. And so this is an opportunity for us to streamline all of that and say, what is the way that makes the most sense for patients to give them the best experience in the simplest way as they flow through the system.”

The 2004 plan called for medical office buildings to be located on the eastern end of the hospital site next to Trillium Park, but the two new concepts place the buildings on the western end of the site and incorporate a southward extension of Gore Avenue through the campus to connect with Station Street.

For the pedestrian spine option, a number of sky bridges over Gore Avenue connect the main hospital buildings with the medical offices. Retail spaces occupy the lower levels of the medical office buildings to create a new commercial high street, and a hotel operated by a private operator would serve not only visitors but also families coming from a distance away to support their family members receiving treatment.

In both concepts, access to the Emergency Department (ED) is from the north side of the site via Malkin Avenue and attached to it is a new Mental Health building. Additionally, the placement of the ED entrance takes into consideration the future realignment of the road network after the planned demolition of the Georgia and Dunsmuir viaducts and the construction of the Malkin Connector, effectively turning Malkin Avenue into a new east-west arterial to reduce the traffic volumes on Prior Street.

“Right now, from the discussions we’ve had with B.C. Ambulance, most of the flow they need from an ambulance access standpoint comes from the north of the city,” he said. “And therefore being on the north side of the campus makes the most sense.”

According to Providence Health Care’s data for the last fiscal year, 32% of St. Paul’s Hospital’s patients arriving in the ED live in the Downtown Eastside and Strathcona area. Overall, 21% of all ED visits at the hospital are from these same two neighbourhoods.

The relocation of St. Paul’s Hospital from Downtown Vancouver’s West End neighbourhood to the False Creek Flats has been controversial, but planners maintain that the new location better suits the hospital’s regional position.

Nearly four in 10 acute inpatients at St. Paul’s Hospital come from areas outside of Vancouver and this increases to 51% for outpatient visits. Comparatively, just 11% of the hospital’s inpatients and outpatients are from the West End.

The healthcare operator previously stated that the Burrard Street site will be sold and redeveloped to help fund the construction of the new hospital. It remains to be seen whether a reduced level of healthcare service will be maintained at the location to serve the immediate needs to West End residents, such as the establishment of an Urgent Care Centre.

“We’re committed to the West End where citizens and residents for 120 years,” said Pike. “We feel very strongly about that community and serving them. What that means in terms of services that will be on site has not been determined yet. It’s in the process, there’s ongoing meetings with the City, Vancouver Coastal Health, and with stakeholders in the community, residents as well to have our best balanced approach to that as the solution.”

No decision has been made on whether Mount St. Joseph Hospital’s level of services will change given that the new St. Paul’s Hospital will be close by.

The project is currently in a pre-design public consultation phase that will lead to the creation of a Policy Statement for guiding land use, transportation, density, building types and heights, and public amenities on the campus during the detailed design stage.

The Policy Statement will require approval from Vancouver City Council this fall before a business case is presented to the provincial government. If everything goes as planned, construction could begin as early as next for a completion in 2023. 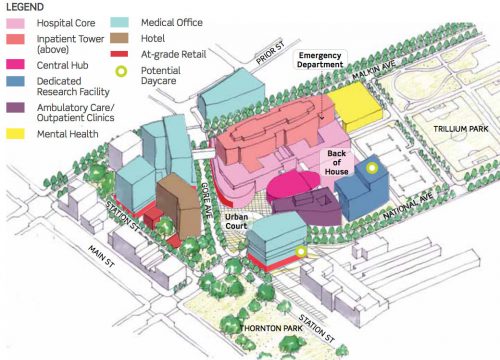 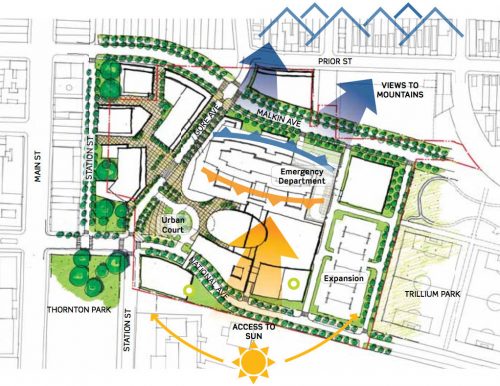 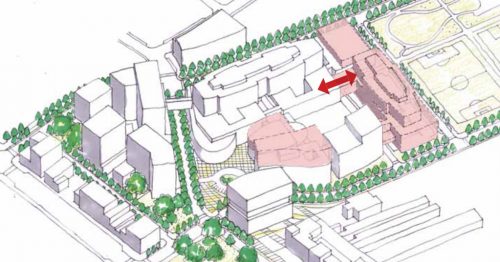 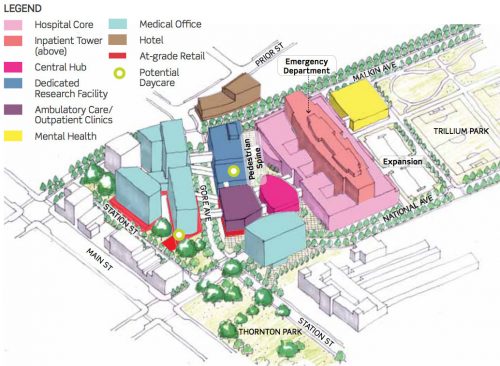 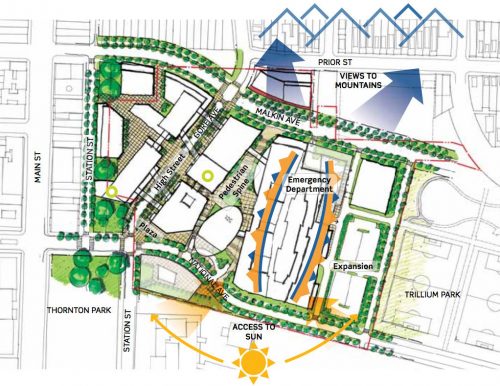 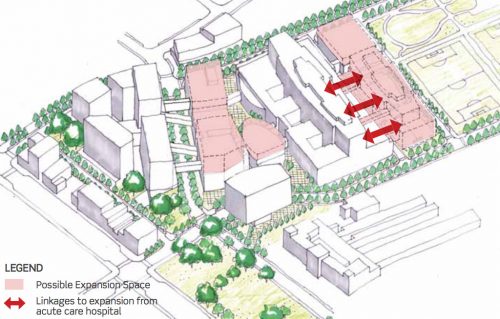