It’s that time of year again when merrymakers here at home and around the globe get to truly celebrate the great Irish culture we all know and love. Shamrocks, traditional Irish fare, green beer, fiddles, and the Irish jig, are all things that can be found on St. Patrick’s Day.

This Guinness-fueled holy day might fall on a Thursday this year, however, that does not mean that the festivities will be in any way diluted. We’ve rounded up a list of venues in Vancouver boasting all of the St. Patrick’s Day flair and excitement one could possibly want. 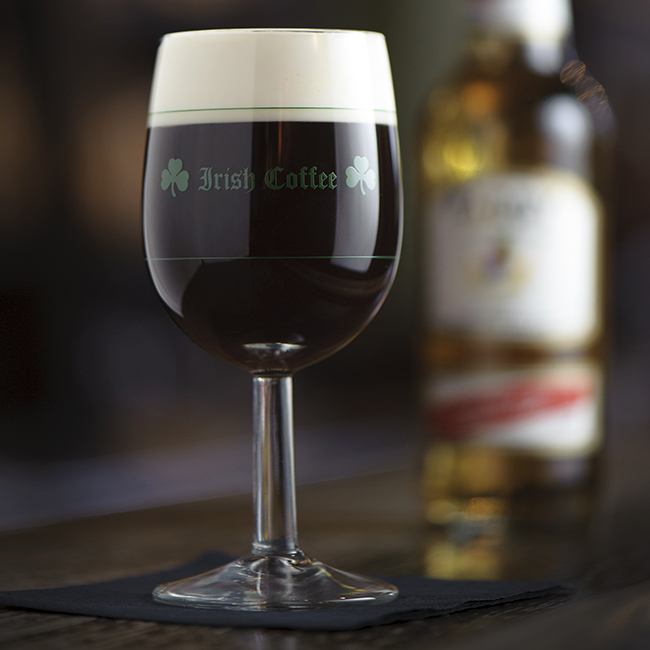 Photo courtesy of The Irish Heather

Join the Heather Hospitality Group for the company’s 19th year of celebrating St. Patrick’s Day since the opening of The Irish Heather in Gastown. Throw back a pint over lunch or dinner and enjoy live music, pipers, and dancers as they pass throughout the day. As with years gone by — to deal with demand and in an effort to not disappoint folk — the Heather Hospitality Group has secured Rainier Provisions across the street for “Baby Heather.” The pop-up pub will open up in the afternoon and remain so until late into the evening and feature a bar counter and bar-back handmade in Ireland. Reservations are essential, email [email protected]

Kitsilano’s very own Irish pub The Wolf & Hound will be throwing open its doors on St. Patrick’s Day at midday, although the shenanigans won’t really kick off until 4:30 p.m. when Celtic solo artist Bob Collins takes to the floor. Irish ales, including Kilkenny Beer, will be flowing throughout the day and evening, the O’Connor School of Irish Dancing will perform a few numbers, and the Irish Wakers–a five piece band–will round out the night. A range of prizes will also be handed out over the course of the day. Cover charge $10. 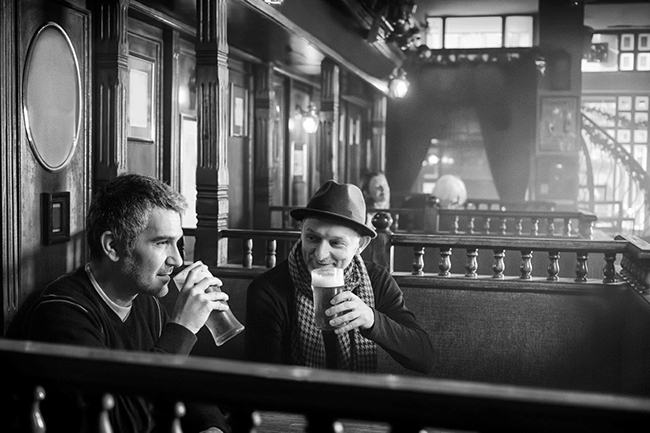 Priding itself on hosting the ‘grandest Paddy’s party’ on the west coast, The Blarney Stone is offering patrons a week long celebration of Irish-inspired festivities, which takes place this year on March 11 through to 17. Across the weekend and St. Patrick’s day, family-friendly activities include free face painting and balloon artists, traditional Irish fare, green beer, performances by Canada’s top Irish dancers, circus entertainers, and live music from some of Canada’s favourite Celtic folk and rock bands, and DJs. For more information visit The Blarney Stone’s website. 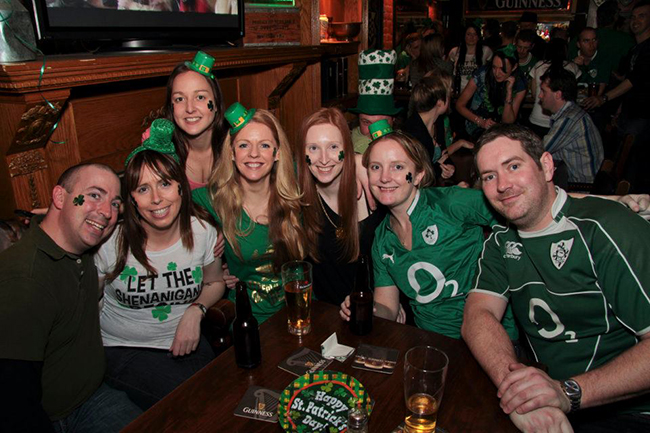 With its doors opening at 11:30 a.m. on March 17, St. Patrick’s Day at Doolin’s Irish Pub will include live Celtic music and entertainment throughout the day. The Nelson Street locale will feature special St. Paddy’s Day food items (Guinness Beef Pie, Potato and Leek Soup, and Irish Lamb Stew) and drink specials, including the Lucky Irish Bomb (Blue Bols dropped into Red Bull), as well as free swag giveaways. A cover charge will come into effect in the afternoon and start at $5.

Raise a pint or two to Ireland at this Granville Street watering hole. Taking inspiration from the iconic three leaf clover, Johnnie Fox’s will toast to Ireland’s most celebrated patron saint over three days. On Sunday March 13 (the day of the St. Patrick’s Day parade) the pub will open at 9 a.m. and feature happy hour specials and live traditional music. The next installment of the three-legged party is on March 17 (St. Patrick’s Day itself) and will include traditional Irish music all day and $6 Guinness. The final hurrah is on Saturday, March 19, when the pub will host their own Johnnie Fox’s party with an array of free giveaways and drinks specials. 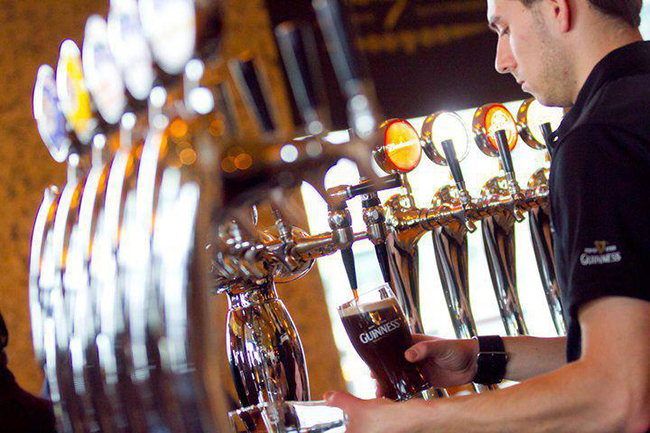 With Irish dancers, live acoustic sets, and plenty of Guinness, Vancouver’s quintessential Irish pub Mahony & Sons promises to host a memorable St. Patrick’s Day celebration. All three locations (Stamps Landing, Burrard Landing, and UBC) have a variety of events planned throughout the day. Be sure to check the pub’s website for further details.

The Keltic Landing at Imperial

The Keltic Landing is the latest cultural gathering from the team behind Harvest Haus: Wet Ape Productions and The Social Concierge. This new St. Patrick’s Day tradition will take place on March 17 at Vancouver’s premier event space, Imperial. The evening will feature river dancers, duelling fiddlers, and plenty of Irish spirits in The Highland’s tasting den. Attendees are encouraged to turn up dressed head-to-toe in Celtic wear (think pixies, whimsical fairies, crowns adorned with flowers, and vines for the traditional woman, and cable-knits, plaid paper-boy caps, and tweed vests for the more modern Celtic man). Tickets are priced at $35/person per night and can be purchased online at here.

The Road to Dublin 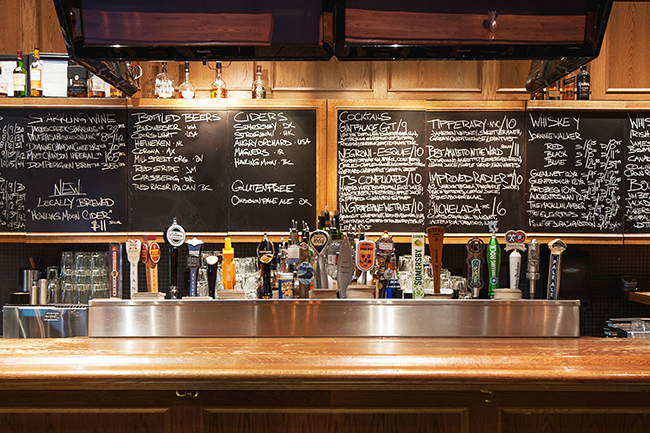 This March, Donnelly Group is launching a celebration and contest to get everyone in the mood for St. Patrick’s Day. The Road To Dublin will showcase a range of Irish beer styles while offering one lucky winner the chance to experience Irish beers in Ireland with a grand prize of a trip to Dublin. Entering the contest is as easy as drinking an Irish beer at a Donnelly Group pub between March 1 and March 16. The end of the road is of course St. Patrick’s Day on March 17, with the contest draw taking place at The Lamplighter Pub in Gastown. Check the schedule of special beer tappings or just stop in for an Irish beer at any Donnelly Pub.

The Cascade Room is honouring St. Patrick’s Day (on March 17), with Irish food specials from the kitchen, Irish Whiskey-based cocktails, plenty of Guinness, and a special cask of Main Street Brewing Dry Irish Stout. Live music by the McBrewers will kick off at 8 p.m.

Where to get your Leprechaun Boot in Vancouver

While some folks may be concerned about finding the perfect St. Patrick’s Day venue, some may simply want to know where they can find a Leprechaun Boot to drink from. Steam Whistle is offering a half litre glass Leprechaun Boot at the following locations in Vancouver: