The annual St. Patrick’s Day Parade is back after a one year hiatus (due to temporary budget issues and the Olympics). So bring out your green gear, listen to some House of Pain and grab your Guinness (don’t bring it to the parade, drinking in public is not allowed) as the 7th annual St. Patrick’s day parade goes down March 20th at 11 am.

There is also a new parade route this year. 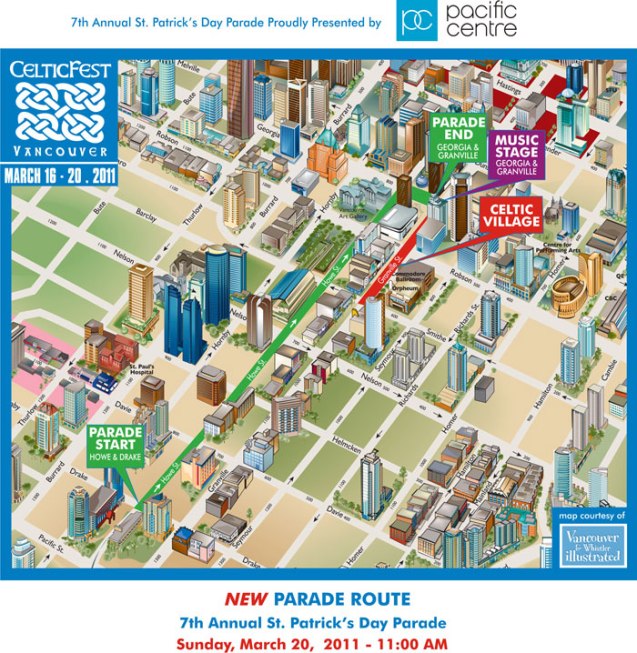 Maybe one year Vancouver will colour the waters of False Creek green in honour of St. Paddy’s day, just like they do Chicago river every year.