The launch of the newest version of SSX is less than 1 week away and you can go onto XBox Live right now to download the free demo to try it! This sequel to the critically acclaimed snowboarding series is developed in Vancouver by Electronic Arts Canada. It boasts the slogan “Defy Reality. Own the Planet.” where real-world locations have been mapped by satellite (thanks NASA), then modified by inspired artists and gameplay designers. 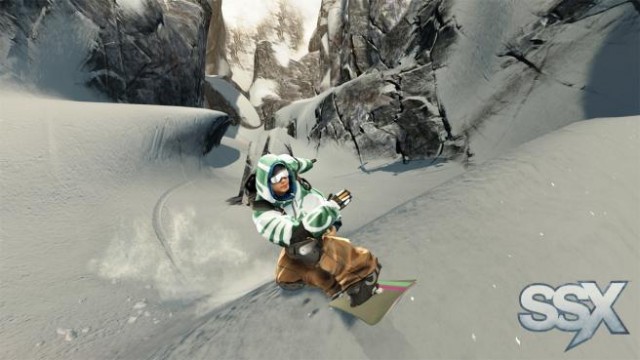 I checked out the EA website which previews the available characters and international mountain zones that you’ll be barrelling down (such as Siberia, New Zealand, and the Himalayas). The videos show how each level is unique, but also provide gameplay tips for the demo. The lush detail to the environments and backdrops (which whip by thanks to a great sense of speed) is definitely worth noting.

Check out what I mean through this video which previews gameplay of a zone aptly located right in our backyard called “The Rockies”:

Like previous games, you’ll race down treacherous mountains against opponents (both offline and online) while testing your reflexes to land unreal snowboarding tricks and grinds for points and bonuses. The reward comes with practice as you discover new moves and explore each level for the best paths to the finish line. Unlike previous games, you’ll get a sincere sense of vertigo as SSX takes full advantage of the 360 and PS3 hardware.  Something that stood out to me  is a cool gameplay mode where you race in the dark and guide your way with a spotlight, which I think is pretty sweet.

SSX is available Feb. 28 and has over 400,000 likes on Facebook. Pre-ordering the game in the next few days pays off with unique snowboards and “perks.” The website is definitely worth checking out if you’re already interested. http://www.ea.com/ssx