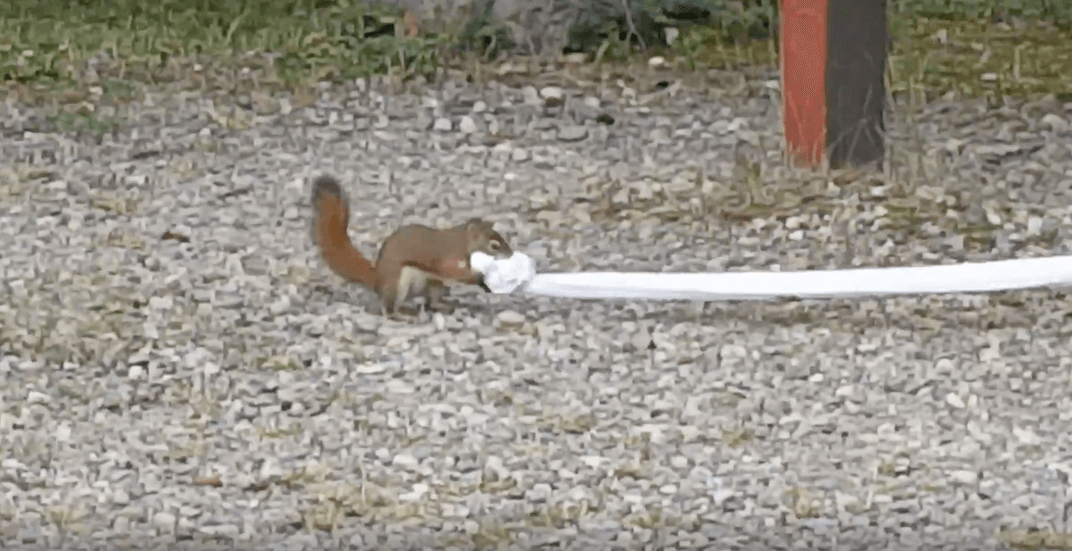 Earlier this week, Christa Lawrence posted a video on YouTube about her recent camping adventure.

The video labeled TP Thief, was Lawrence’s documentation of a “savage squirrel in the Alberta wilderness.” 😂

The hilarious video captures the squirrel stealing toilet paper from the outhouse as Lawrence documents it Crocodile Hunter style.

She starts off by setting the scene saying “wildlife at Upper Shunda Creek,” a campsite in Alberta.

And yes Lawrence, we do think he has a whole full of it.