In the lead up to the Squamish music festival, each Thursday I will be sharing a track from an artist on the line up. This week, I give you: 6 AM by Fitz and The Tantrums.

Fitz and The Tantrums are an indie/soul band from L.A that features the awesome vocals of Michael Fitzpatrick and Noelle Scaggs. Rounding out the band and pulling the whole sound together is James King on saxophone/flute/trumpet/harmonica, Joseph Karnes on bass guitar, Jeremy Ruzumna on keyboards and John Wicks on drums.

Basically these guys are giving us fun, indie pop with a soulful, retro, motown influence and I really can’t stress how much I am IN TO THAT. I mean who doesn’t like motown?! (Seriously, who are you? Because we can’t be friends anymore) 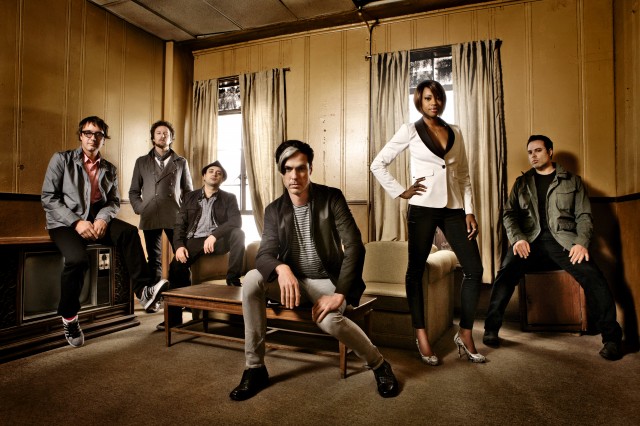 Fitz and The Tantrums have only released 1 studio album so far, Pickin’ up the Pieces from 2010 and their sophomore effort More than Just a Dream is set to be released May 7th.This track is so fresh (they just put it up on their YouTube channel yesterday) it only has about 4,000 listens so far. But don’t sleep on these guys. My money is they’ll be a hit at Squamish!