The Lower Mainland’s real estate craze seems to have extended to Squamish, a mountain town in the midst of a major transformation.

Earlier this month, in a span of just 90 minutes, a 65-unit, four-storey-tall wood frame development with prices ranging from $167,900 to $449,900 per unit was completely sold out – and even then, there were still plenty of people still waiting in line for a chance to purchase a home.

According to Mario Gomes and Michael Henson, the developers for the ParkHouse project at the corner of Eaglewind Boulevard and Bailey Street in downtown Squamish, the reaction and crowds at the start of sales at the sales centre completely caught them off guard.

“We knew we were going to have a good day, but we never expected to be sold out in a day in only 90 minutes,” Gomes told Vancity Buzz. “We had some appointments booked between 12 p.m. to 2 p.m., and people that didn’t have an appointment began to show up.”

“By 1:30 p.m. we were already sold out, so people that were standing outside waiting didn’t even have a chance to come in.” 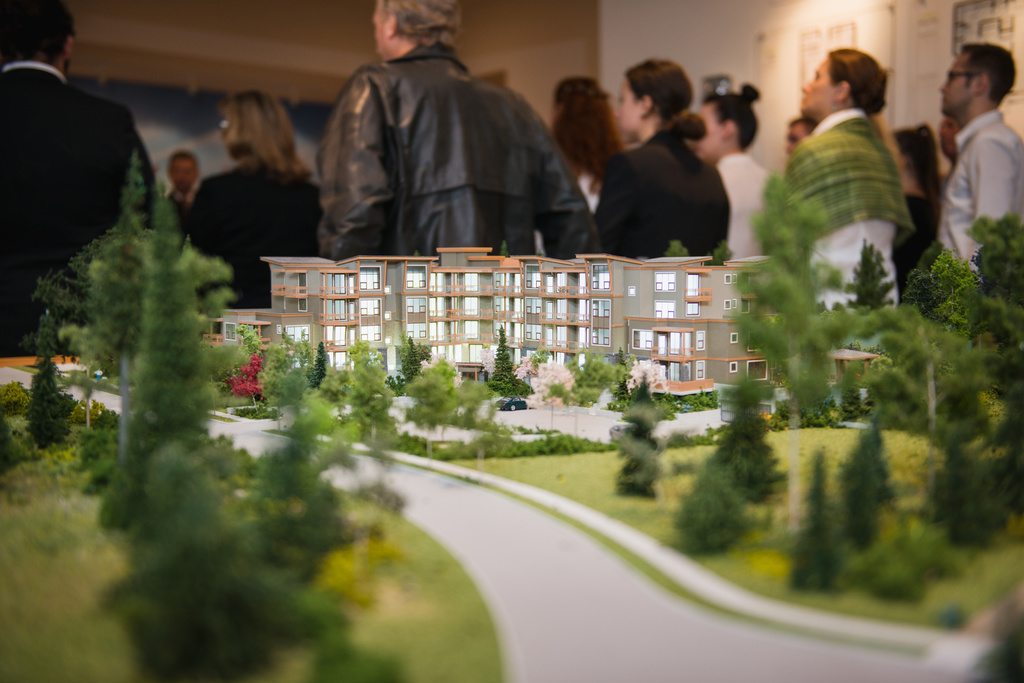 Much of the demand is most certainly spurred by the pre-Olympic improvements made to the Sea to Sky Highway, which cut down the travel time from Squamish to Vancouver by 10 to 15 minutes. The drive to the town was about an hour, but it’s now just 40 to 45 minutes.

In addition to the improved transportation corridor, the recently opened Squamish Gondola has helped make Squamish more than just a pit stop on the way to Whistler – to the extent that the former log town is now perceived as a destination and has received international accolades. CNN Money named Squamish ‘The Best Mountain Town To Visit In 2014’ while the New York Times listed it as one of the best places to travel to this year.

Henson says the new interest with Squamish also has to do with lifestyle of being close to nature and adventure. After all, the town is just minutes away from premiere climbing and hiking destinations like The Chief. It also has one of the youngest median ages in the entire province: the median age in Squamish is currently 37 years old and 63 per cent of the population is under the age of 40.

“Squamish rebranded themselves over the last 12 months, and a lot of thing it is real estate driven,” said Henson. “What we’re finding is that for some people in the Pacific Nothwest, especially younger people, living a lifestyle of adventure and really maximizing the ability to enjoy the mountains and the ocean is a top priority.”

But are there other factors in play for the rise in demand for real estate at the mid-point of the Sea to Sky corridor? It is within reason to think that Metro Vancouver’s real estate affordability issues have begun to spillover into Squamish, thanks to the improved highway connection.

Over the summer, the average price for a detached property reached $1.142 million while an apartment property reached $400,900, representing an increase of 16.2 per cent and 5.9 per cent, respectively, over the previous year.

For the town of 17,000 people, this is merely the beginning of a new era of economic development. A century ago, sawmills and port activities were the driver’s the Squamish’s economic activity, but over the next 20 years a major residential development coupled with population growth will become the new driver of the town’s economic activity.

In 2014, the District of Squamish approved a proposal to redevelop 59 acres of former industrial land on the waterfront right next to downtown. The new community, dubbed Squamish Oceanfront by developers, will include 1,1000 residential units for 5,000 people. Amenities include park space, a marina, cultural spaces, and educational spaces for a post-secondary institution.

More developments will likely be proposed for Squamish in the coming years. 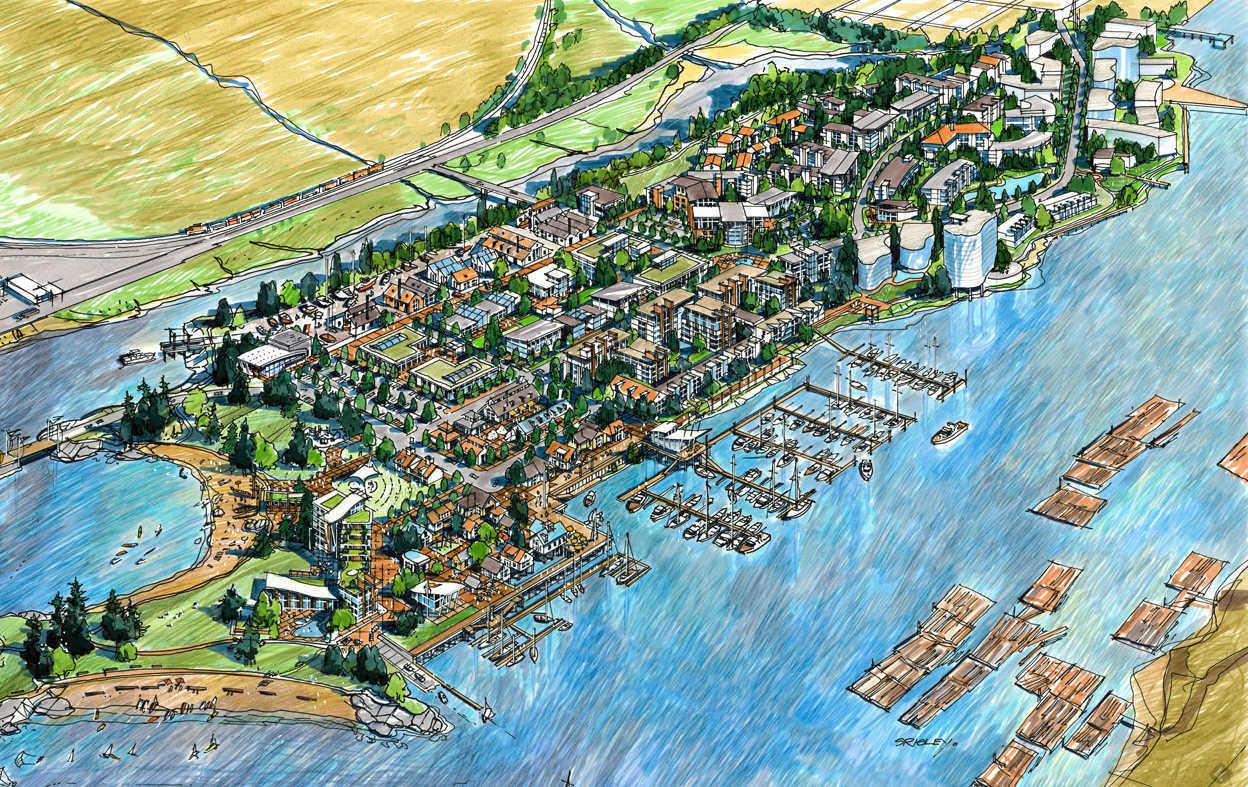