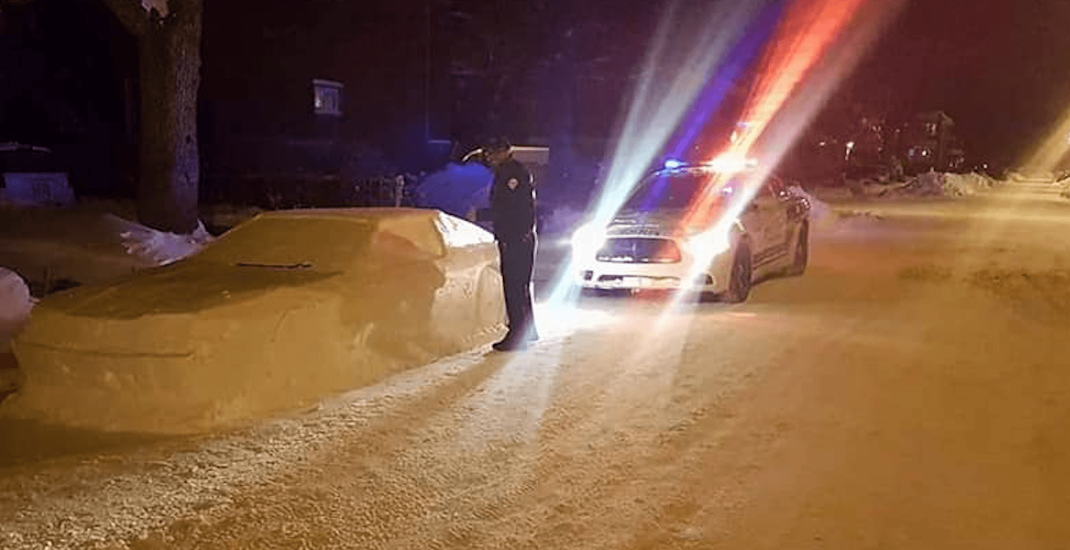 Someone was having a little too much fun in Montreal.

This picture of a Montreal police officer looking confused by this car made of snow was posted on Reddit and it’s pretty hilarious. 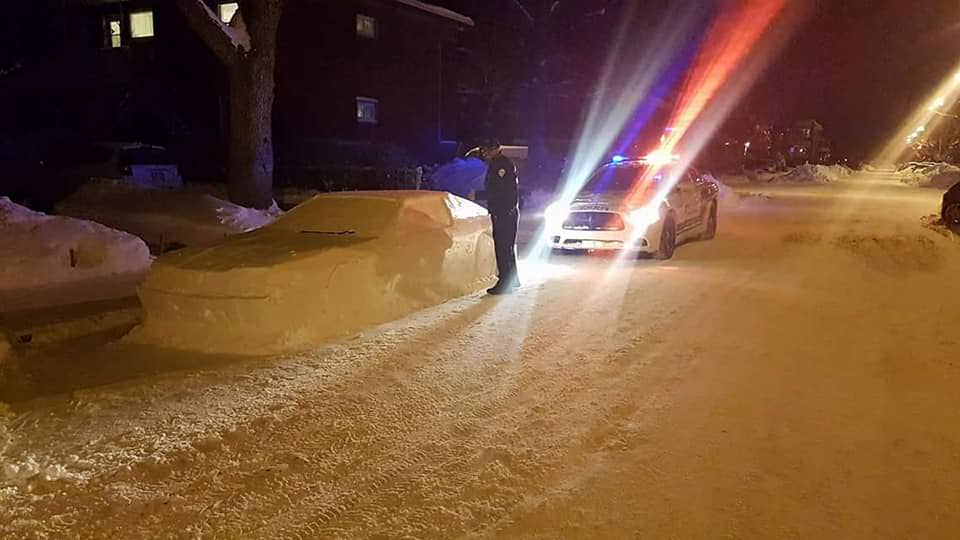 Looks like the police officer even had to call for back up. 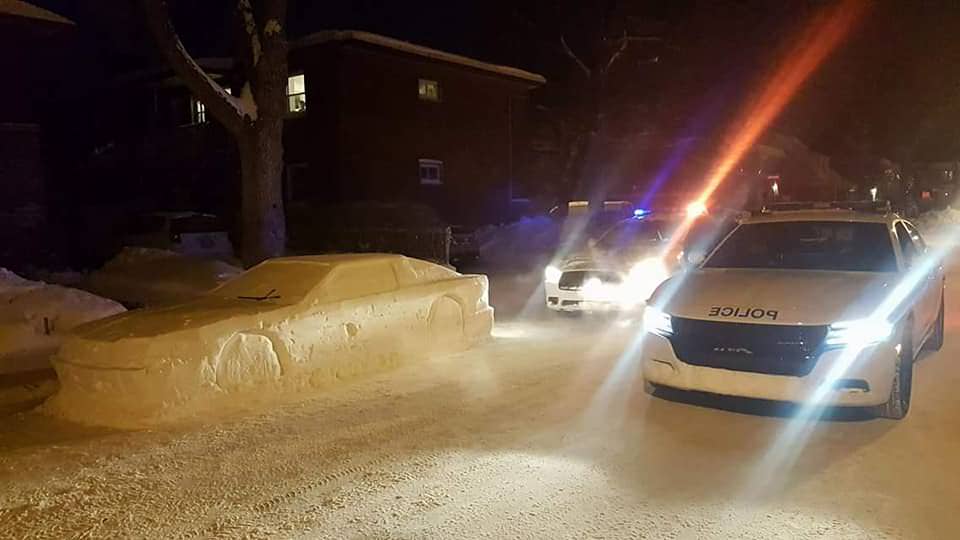 In Montreal, residents are not allowed to park on curbs when snow removal is taking place. So this clever Montrealer thought it would be a good idea to see how police would react to a  car made out of snow.

The realistic looking sculpture even confused some Reddit users.

Looks like this snow sculptor got the last laugh.