Two weeks before opening Abbotsford’s new bar The Spotted Owl, things were a little disheveled. A name had not been chosen and the staff was just being hired. Every choice was made spontaneously until it came time for the doors to open.

Then came an intriguing Craigslist ad: “Bartender Needed for New Hipster in Bar in Abby.”

Owner Zian Alladina explains he chose the specific buzz term “hipster” to attract the kind of crowd he thinks can make the bar thrive. The craft beer lounge offers karaoke, board games, indie-styled DJ, and possibly open mic nights and acoustic sets in the future. 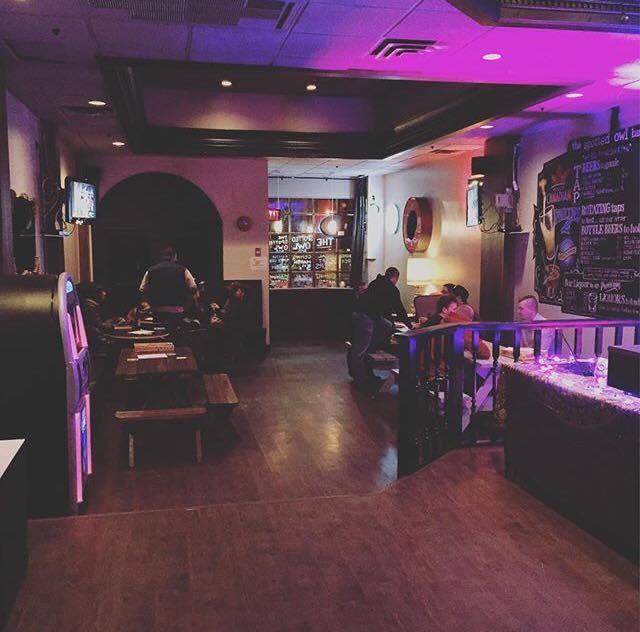 When it came to The Spotted Owl, which opened with a soft launch in early March, the goal was to create a relaxed craft beer lounge for Abbotsford, run by a small, driven staff of five. Alladina says it’s not so much social media but word of mouth that has created quite the buzz in the community, as well as the store window out front. The hand-painted window served as the Spotted Owl’s only form of advertisement weeks before opening, reading “Coming March 4th” (although it later opened on March 5 due to the leap year) and “Local Craft Beers.”

Using a flexible range of local and home-grown beers, the Spotted Owl plans on reserving 70% of its drink menu to craft beer with hopes of expanding. So far, some options include:

As for something to snack on, the bar will be catered from another local business: Legal Grounds – a coffee shop across the street.

The community, it seems, is ready for the “hipster” hangout.

“I was just at the liquor store, and it came up that I own the Spotted Owl,” Alladina recalls. “Three people turned right away once I mentioned it, saying ‘Oh, you guys are open? We’ve been waiting!’” 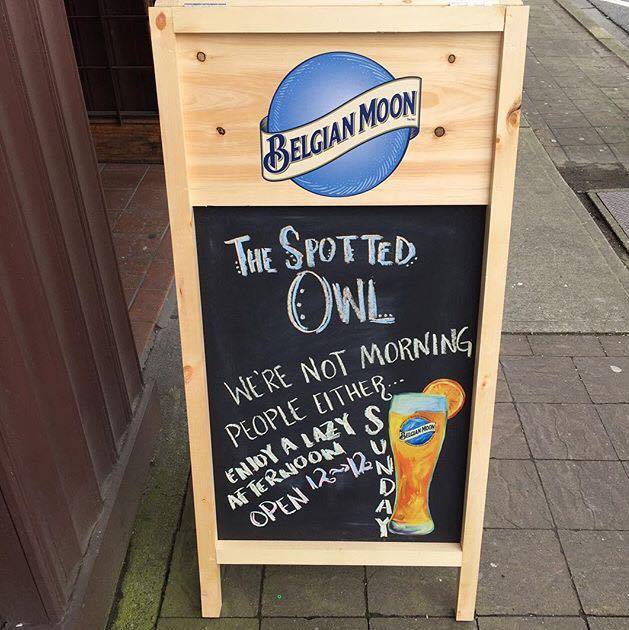 With an unconventional opening and the desire to give the community what they want, Alladina is open to feedback. When people taste a beer they really enjoy, he encourages them to write it up on the chalkboard. If the bar hears buzz about a certain brand, they are up to buying a 12-pack, and letting everyone try it. If the customers like it and it works well, they’ll buy a keg. Thus keeping the options fresh and the dynamic relaxed.

The bar’s name is even based on suggestions.

“My girlfriend, myself, and some of our friends were having some drinks, and I couldn’t come up with a name for the bar,” he says. At that, his friend started spit-balling with ideas until his girlfriend finally said, “What about indigenous animals of the Fraser Valley?’”

The first thing mentioned was an owl, and then specifically a spotted owl.