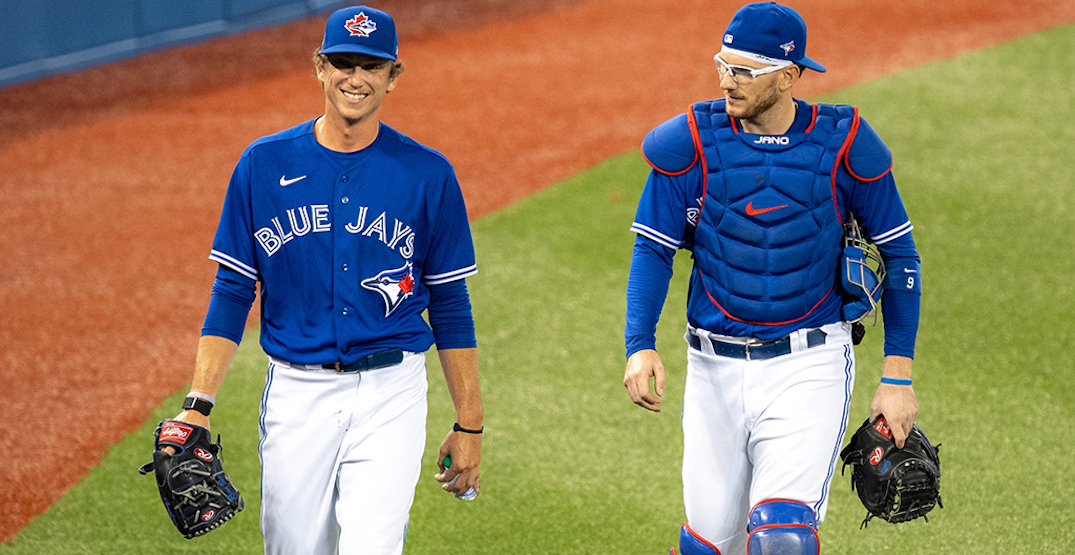 How desperate are we for live sports right now?

Sure, MLS has returned, along the NWSL and some soccer leagues in Europe, the PGA, Nascar, and the UFC.

But the big four leagues in North America — NHL, NBA, NFL, and MLB — have been dormant since March.

Until now… sort of.

Work with me here.

“Baseball is finally back for Blue Jays fans and it returns in a big way this week as Sportsnet offers a live glimpse of the team’s young stars,” the all-sports network said in a media release.

It’ll look something like this, but with different camera angles and broadcasters describing the play:

Spring Training (or, in this case, Summer Training) is usually filled with games against other teams as everyone gears up for the regular season. That’s not possible during the pandemic, particularly for the Blue Jays, who have players, coaches, and staff in cohort quarantine at Rogers Centre — training on the field of their home ballpark and sleeping at the adjoining hotel.

Here’s how players enjoyed UFC 251 over the weekend:

We’re still waiting for word on where the Blue Jays’ home ballpark will be located. The team would like to play home games in Toronto but needs government clearance due to the 14-day quarantine rule. Such a move would not only require Jays players to spend the season living out of a hotel, but all visiting teams would need to follow the quarantine rule while in Canada as well.

The Blue Jays are scheduled to begin the regular season July 24 in Tampa Bay.