The City of Vancouver’s Public Art Committee has approved the permanent installation of a large spinning chandelier on the underside of the Granville Street Bridge.

The public art piece is designed by Abbotsford-born Rodney Graham and was commissioned as part of Bjarke Ingels’ recently approved 52-storey tower, now referred to as Vancouver House, at Beach Avenue and Howe Street next to the Granville Street Bridge.

It is a component of the development’s ambitions to redesign and animate the area underneath the bridge into a vibrant and active public space. The art project is privately funded at a cost of $1.2-million, including nearly $400,000 to manufacture the chandelier.

“The spinning chandelier will be a sight to see. Kinetic and in the shape of a giant faux-crystal candelabra from the 18th century, it will hang under the bridge’s northern viaduct, directly over Beach Avenue,” according to Westbank’s website for its upcoming Gesamtkunstwerk exhibition.  “Rotating slowly as it ascends, it will release and spin rapidly at a fixed time of the day, before coming back to its starting point at halfway to the road below.”

The spinning chandelier measures 4’x6′ metres and will be on display for public viewing at the Gesamtkunstwerk exhibition beginning on March 22, 2014.

Do you like the chandelier art piece? Let us know by commenting below. 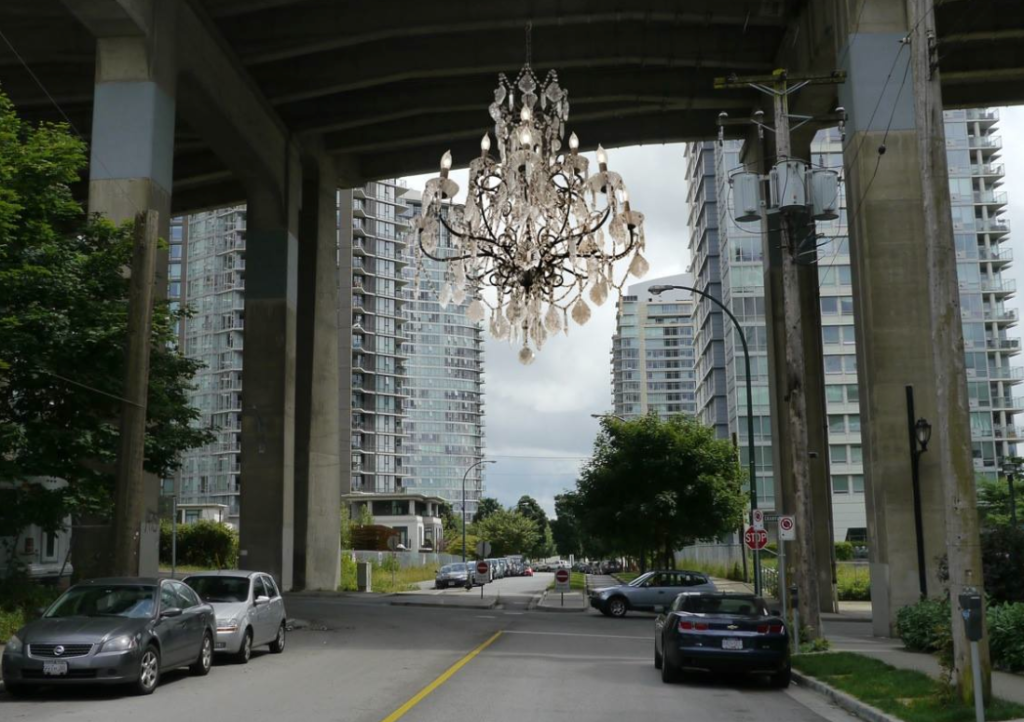