Mitch and Murray’s newest production, Speed-The-Plow, closed this past weekend at Studio 16. The seats were filled, people were turned away at the door, and there was an excited energy in the air.

Speed-The-Plow one of David Mamet’s offerings. The legendary playwright (Glengarry Glen Ross, Oleanna) casts his gaze on the inner workings of movie-making show business. The term ‘Hollywood North’ gets bandied about regularly in Vancouver, but few really understand its inner workings. Hence, it’s a treat to see the process of movie production splayed out and vivisected, not in a glitzy The Producers light, but as something more cynical, sinister, and fragile at its core.

When a hugely bankable star agrees to appear in a sure-fire commercial hit, film producers Bobby Gould (Craig Erickson) and Charlie Fox (Aaron Craven) are convinced this is the break of a lifetime. That is until Karen (Kayla Deorksen), a temporary secretary, derails the dream when she persuades Bobby to dump the blockbuster in favour of a story which can only be described as box-office poison, Charlie is forced to resort to desperate measures. 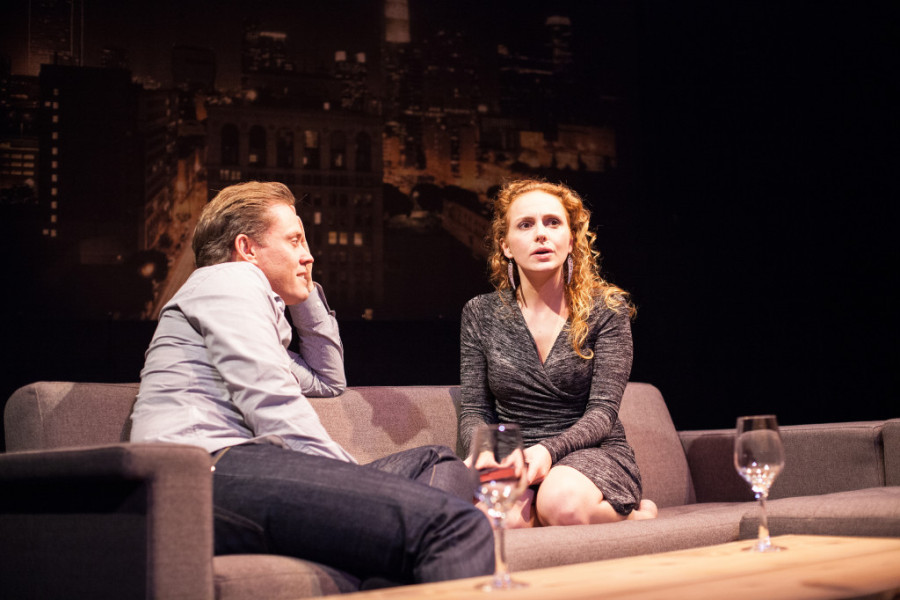 Speed-The-Plow is, unlike the blockbuster hits revered by its characters, refreshingly short: 80 minutes without an intermission. I never got bored or restless; each moment was precious and absolutely vital to the story. The ‘action’ takes place in two spaces, wonderfully juxtaposed by set designer David Roberts, an arrangement that prevents breaks in the action while making the intimate space of Studio 16 larger than it seems.

At its core, Speed-The-Plow is a fascinating look at the transfer of power among three individuals of different backgrounds and job hierarchies. In typical “Mamet speech,” the characters all take turns interrupting each other, overlapping sentences in a masterful give-and-take of dialogue that so closely mirrors a witty conversation you might have with close friends and family. I’ve often thought that one of the suspensions of disbelief when entering the theatre world is getting used to how characters talk – the speech just doesn’t sound like something people would say in real life. It’s too perfect, too surreal – something that took months or years of polishing, instead of being truly off-the-cuff. Speed-The-Plow suffers no such deficit, and Mamet still manages to pepper the dialogue with laugh-out-loud turns of phrase that are delivered especially well by Aaron Craven’s character, Charlie. 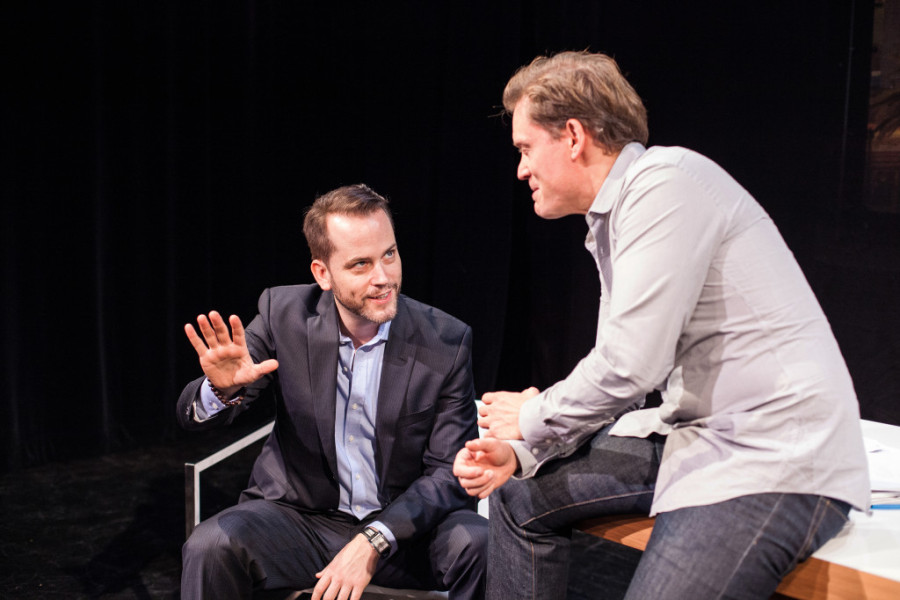 The actors don’t ‘overact,’ and so the breakthrough moments truly shine. No one is trying to ‘outdo’ the others, exhibiting that give-and-take by retreating to let each have his or her moment. It was a beautiful harmony, characters arcing and breaking around each other, all within the larger context of contrasting blind artistic fervour with the practicality of “making the same old crap again.”

This is a production that doesn’t pander to the younger crowd, but nonetheless draws them in naturally. The short format works so well for our technologically accelerated world, and the script gets its points across without beating you on the head in the process. Wonderful work, well-acted, well-directed, well-written. The holy triangle that makes Speed-The-Plow a testimony to Vancouver’s independent stage. I can’t wait for more.

Speed-The-Plow played at Studio 16 from November 13-29, by Mitch and Murray Productions.