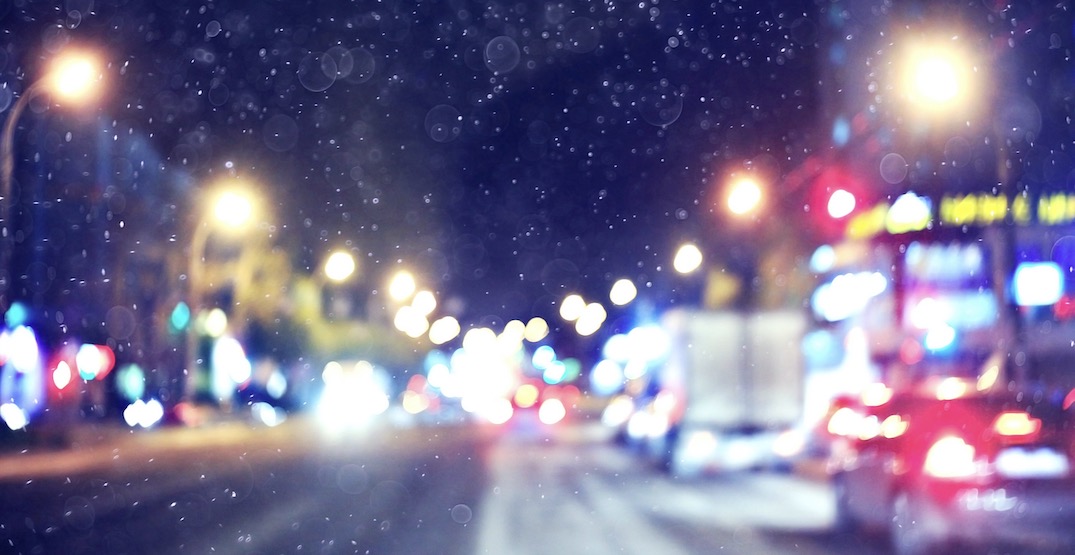 A special weather statement issued yesterday for Metro Vancouver now offers more details about what we can potentially expect on Monday.

The federal weather authority said that heavy, wet snow is possible over higher elevations of southern Vancouver Island and the Lower Mainland on December 21.

In addition to expecting possible wet snow, accumulations are possible over higher elevations and inland this afternoon, heavy rainfall of up to 30 mm is expected this morning “before freezing levels lower enough to cause localized heavy wet snow to fall this afternoon,” according to Environment Canada.

The statement also said that higher elevations and southeastern sections of Metro Vancouver “could see local snowfall amounts of 2 to 5 cm by this evening.”