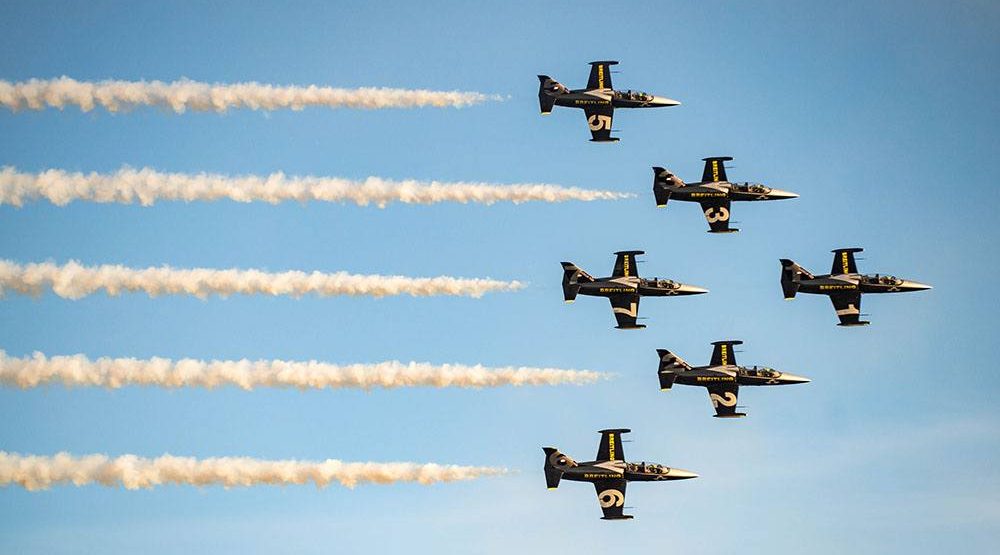 <a href="https://flic.kr/p/L2ZNA5">At the 2016 Abbotsford Airshow (University of the Fraser Valley/Flickr)</a>

The Ministry of Family and Child Development has been contacted after a 15-year-old girl with special needs was left in a hot car at the Abbotsford Airshow.

Constable Ian MacDonald with the Abbotsford Police Department tells Daily Hive that a witness spotted the girl sitting in the back of an SUV on August 14 at around 3 pm. Temperatures that day hit 27°C, notes MacDonald, and the car was parked on the tarmac with the windows cracked open only an inch or two.

The witness flagged a nearby bicycle officer, who called for approval to break the window before the family arrived.

“It looked like the girl wasn’t getting enough air and wasn’t being cooled properly,” says MacDonald.

The family unlocked the car and the officer brought over some nearby St. John Ambulance staff who checked out the girl before determining she didn’t need to be sent to hospital. They did discover, however, that she was dehydrated and suffering from some heat exhaustion.

“According to the witness, the girl may have been in the back of that SUV for up to an hour,” MacDonald says, adding the Ministry was contacted for follow-ups.

“Part of our perspective on this is that Ministry for Children and Families can take a larger view, including other issues that may or may not be present in the home, and can get a complete view of the care that this 15-year-old is receiving, not just that snippet of time.”

MacDonald says that while a reason for keeping the girl in the car wasn’t provided by the family, they seemed to take a nonchalant attitude towards the situation that could have been much worse. That was part of the reason, he says, for contacting the Ministry.