If you are one of those Vancouverites who spends most of their time downtown, then you’ve most likely heard the satisfying melodic strums and goose-bump inducing beats emanating from the pure talent of the Sons of Granville. 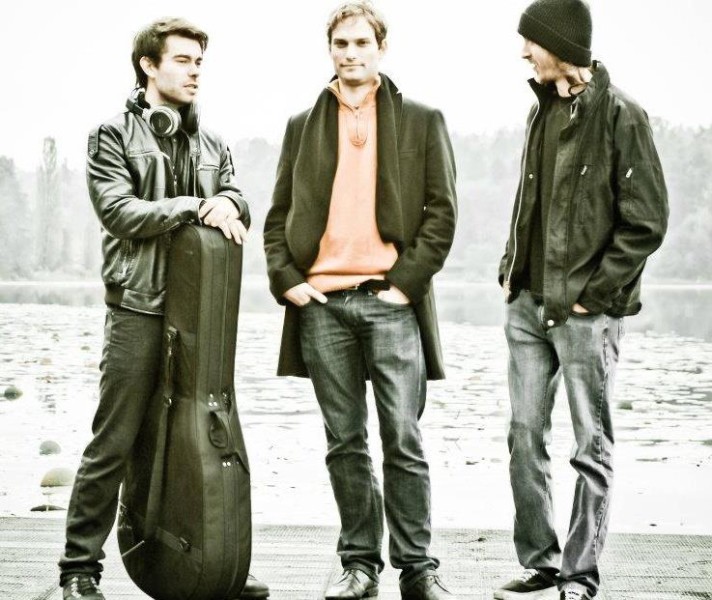 The Sons of Granville is the first ever Epic Folk Rock band combining the eclectic styles of Matthew Lennox on electric guitar, Thomas Beckman on the viola, and Jarret Plett on drums and percussion. You’ll only understand this unique Epic Folk Rock genre if you’ve heard their music. If you haven’t, they like to describe it as, “If Rock and Classical got drunk and had a baby.” This description is just a taste of the explosive high-energy personalities of the Sons of Granville.

Yes, the members of the Sons of Granville are definitely something else. “We always want to grab people’s attention. We want to take them from their safe little universes, with their heads in their phones and plugged into earphones, and bring them into ours.” They accomplish this with their high-energy performances, and also their genuine love of what they do. With a brand new album coming out, Imperative Drive: The World’s First Epic Folk Rock Album, we will get to take a bit of their evolved energy and message home, but their art can only truly be realized when you watch their ecstatic live performances. 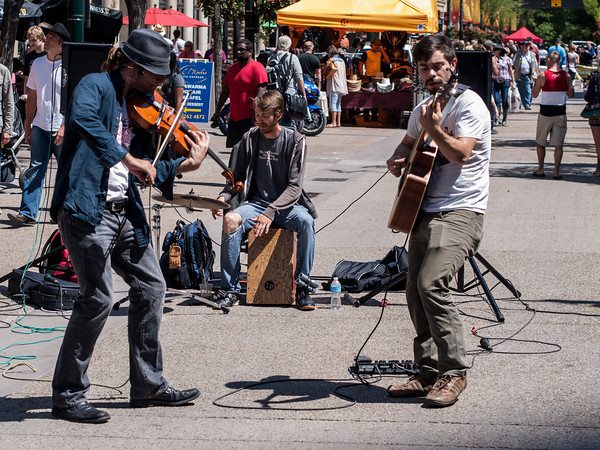 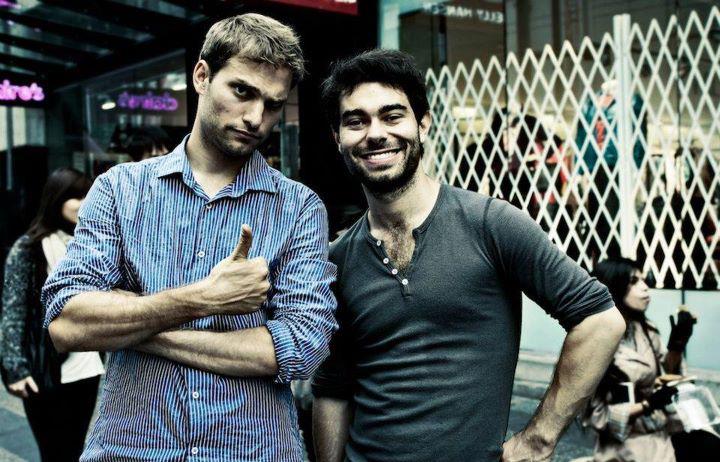 Thomas and Matthew (Tom and Matt)

I had the pleasure of sitting down with members Matt and Tom to ask some questions about their new album, and to have them share the story of the Sons of Granville. Jarrett couldn’t make it so early in the afternoon. We joked about, you know, the life of a rock star, with what I imagined involved a groupie the night before? It was quite a joking matter, but I was more than happy to have Matt and Tom take time to answer all my questions, especially with their busy schedules. I found great inspiration from their story and love of making beautiful music, and making a career out of it. They believe that everyone should do and can do what they love. This is a message they adamantly adhere to and hope to spread  through their music, performances, and dynamic personalities. 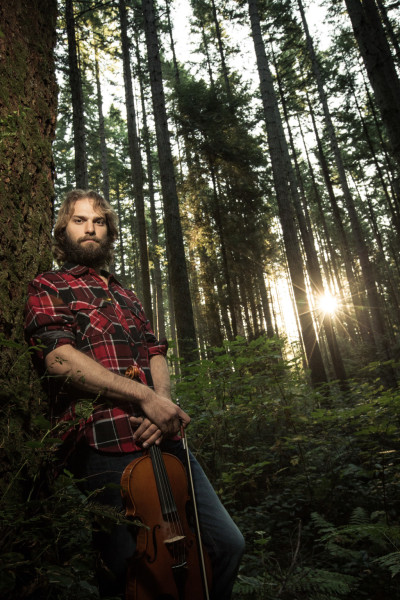 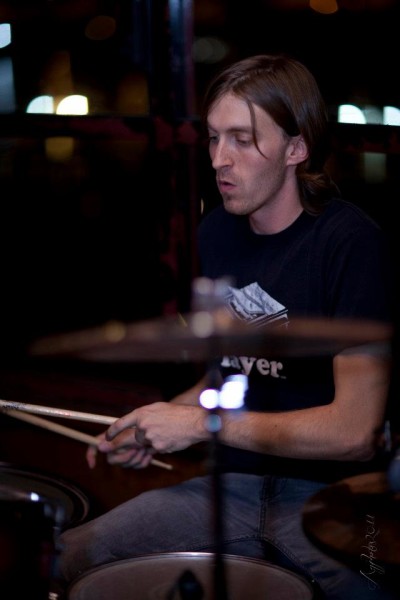 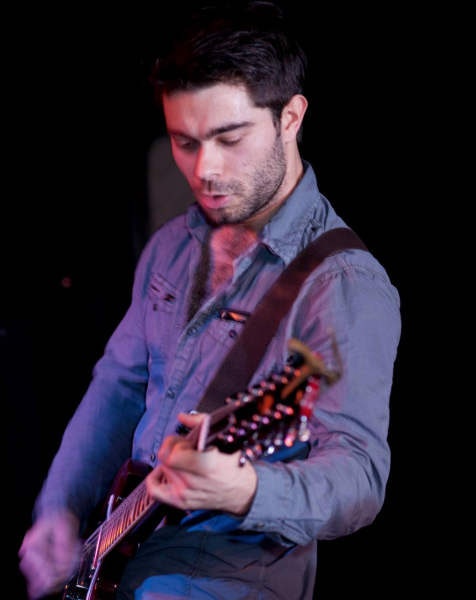 The name Son’s of Granville was actually Tom’s idea, “Yeah, we were just playing a lot on Granville street, and one day we were walking down the stairs at Granville station and I was like, ‘hey, what about Sons of Granville?’ which is was agreed upon, eventually leading Matt to come up with our slogan ‘Rock and Classical got drunk and had a baby.’” They have a deep connection with Granville Street, “Granville is where it all began. We are excited to have elements of Granville street in our next album, where we’ll be having the Skytrain voice in our flagship piece, April Song, begin with ‘welcome to Granville.’ I think the album is going to be very special for Vancouverites in particular, because the music has been largely inspired by the downtown life of Vancouver as well as it’s bountiful natural beauty. But Granville Street really is our core. Most of our performances have been played there and most of our CDs have been sold there. Our music is kind of like the perspective of one observing the city and the little intricacies that make Vancouver what it is today. Granville Street is our womb.” 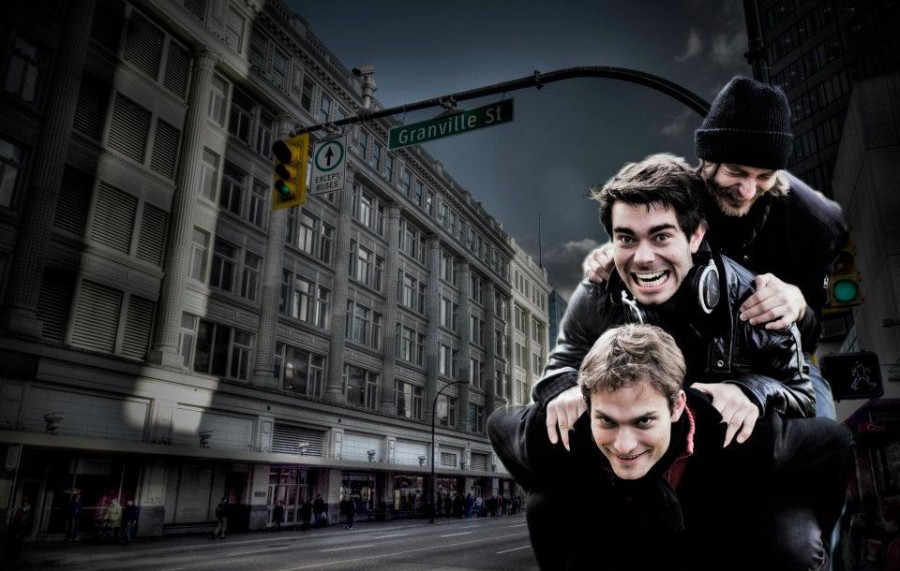 I then asked if they could elaborate more on this “baby” genre of theirs they call Epic Folk Rock. Apparently Tom nurses this “baby” genre because they want it to grow strong. I just want to remind our readers that these guys are absolutely hilarious and that I probably had too much fun doing this interview. Anyways, Matt goes on to elaborate that, “We are the world’s first epic folk rock band that comprises of members from very different musical backgrounds. We have a classical trained musician, a self-taught funk rock guitar player, and we have a metal and rock drummer. So all of us have completely different elements that we bring to the table. When our talents combine it becomes a totally new genre that can only be described as Epic-folk-rock. We never liked the idea of trying to fit into a genre. We’re all about musicians coming together and freely expressing their own natural musical inclinations, and then finding a way to blend it together. Epic folk rock is like our little baby. We’re like the three fathers of this baby and want to nourish it to be strong.”

Following are some more questions I asked the Sons of Granville:

Tell us about your new album that you are currently recording. How is it different from you first album?

Our new album is like a genre explosion that parallels the diversity and eclectic atmosphere of Vancouver. We’ve got folk rock, straight-up rock, funk, disco, dance, anthemic rock, arena rock, and flamenco style. We’ve just got such a wide range that captures the colours of our city.

Who and what inspires your music? Do you have any strange or unique ways to find inspiration when composing your songs?

Our songs usually come together when I come up with a riff or arrangement of chords. I then bring it to the guys and then say, ‘hey, check this out, look what I’ve been working on.’ And then it becomes the property of Son’s of Granville when we then all work together to shape the final finished product. We are all responsible for our own parts. We then give it the Sons of Granville treatment involving a chemistry that is our own ways of changing the loose arrangement that Matt brings us. I write the melodies and Jarret covers the drumbeats. We are also very much inspired by the Chili Peppers. That was one of the commonalities that brought us together. One thing about them that we all understand and appreciate is their energy. Their absolute fireball performance, and that’s what I think we take the most from them. Muse is another band we very much admire. One of things we love to do is go see a movie and then go busk. We went to go see the hunger games and we killed it. We were like ‘this is for the kids who died!’ We got a big crowd and made a fortune.

What do you love most about being in a band?

We are embodying the life we want to live. We do live with integrity according to our purposes and that is this band. This is what we want to do. We want to shred this horrible myth that as a musician you will never make any money. You don’t need to be a fucking rock star. You know we all want to be rock stars, but for us that’s a state of mind and we’re already there.

We really can’t say what we love the most, there’s really too much. The feeling of taking a moment to stop and recognize the progress you’ve made, there are very few feelings that bring that sense of elation when you suddenly realize that you’re actually starting to reach a level of professionalism that is comparable with the top musicians in the world. Even though feeling that I’m far away from that I can see and feel that it is within reach. Tom- that as a human being has brought me a terrific sense of purpose and accomplishment and a sense of the reality of being able to reach one’s full potentiality. Also affecting the community in a positive way.

Most of all, the laughs, if laughter is the cure to cancer, than we are all immune. We’re either playing music, laughing, or pulling each other’s faces off.

Are there any major challenges that you have or currently having to face as a band? How do you overcome these challenges?

Sacrifices, but it makes the work better. Sons of Granville is the main priority.

Where do you see the Sons of Granville in Ten years? What are some major goals you hope to achieve?

We want to be touring the world, and another three albums at least. Would love to work with other brilliant minded artists who we could learn. Playing to tens of thousands of people and electrifying their psyches with our music. We know we will get there. We want to be up there at Roger’s arena and Madison Square Garden. That’s where we want to be doing our thing.

Any words of wisdom for other bands, or for those wanting to start one?

Endure and never stop practicing, never think you’ve reached the limit. Just because you have a different way of playing doesn’t make it any less worthy, it means you have the seed to do something entirely different. It just means you have to work you ass off to get it up to a certain level where it can be recognized. New artists tend to think, ‘oh I have to play like this person because he or she is the best.’ Just be yourself, but you have to be as good as that person to get recognized, but to be recognized to need that personal element to differentiate yourself from the millions of other artists out there.

What do you guys love most about Vancouver?

Women here are gorgeous! No that’s not our answer, but definitely true. We love that we have a chance to shape to help develop the musical scene in Vancouver. You’ll hear people say, ‘oh you should get out of here cuz there is no music scene here.’ Well we’re like that is why I want to stay! Because we want to be that next music scene. We want to be in a place where there is unlimited potential.

A special thank you to the Sons of Granville for this terrific interview. Be sure to keep your eyes and ears open around Granville Street and West Georgia where they often perform. Their new album, Imperative Drive: The World’s First Epic Folk Rock Album, will be coming out soon. 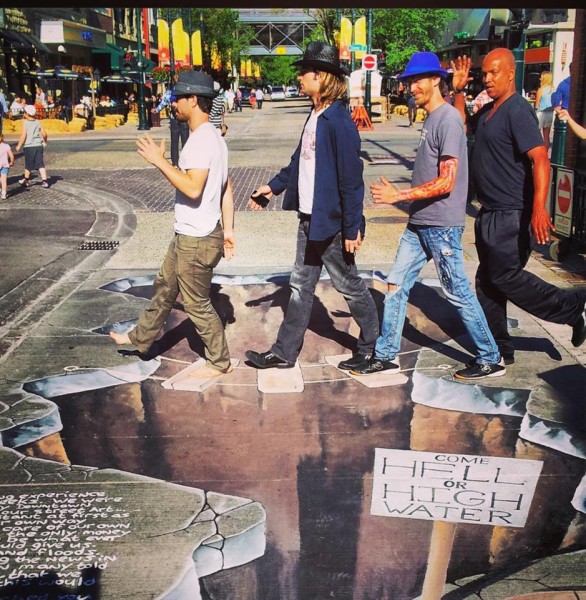 Follow the Sons of Granville on Facebook and Twitter @sonsofgranville for the latest updates. Be sure to check out their song Ashes, to get a taste of the new album.