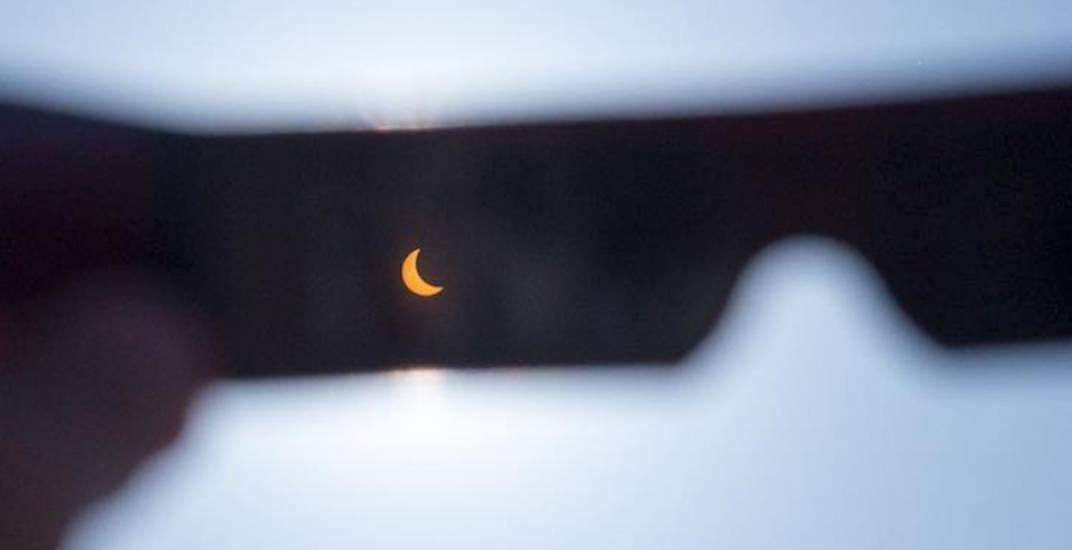 Crowds gathered, the skies were clear, and the universe delivered.

On Monday morning, Vancouverites gathered to cast their eyes skywards for a glimpse of the solar eclipse.

The solar eclipse wasn’t necessarily “total” in Vancouver as it was in Lincoln Beach, Oregon (and other areas along the eclipse’s route to the East Coast), but Vancouverites still got to enjoy 86% totality at 10:21 am.

The partial eclipse began at 9:09 am and ended at 11:37 am. Temperatures even dipped a few degrees as the phenomenon reached its maximum.

For those who missed it, or lacked the proper viewing lenses, here are some photos of the 2017 solar eclipse in Vancouver:

Did you get a glimpse of the #SolarEclipse ?? The Delta Police sure did. What an experience! ☀️🌙 pic.twitter.com/3mXjE1vdCm