If there’s one lesson we can all take from summer’s many fairs and festivals, it’s that the surefire way to make a tasty food even better is to put it on a stick. So that’s exactly what Gastown’s Soft Peaks is doing with their new Ice Milk Bars.

Making their debut May 4 in the ice cream shop, Soft Peaks’ Ice Milk Bars are made in-house using their signature organic milk soft serve, and can be enjoyed in all their “naked” glory or with toppings from their delectable roster of sauces and pieces.

To get things going with the Ice Milk Bars, Soft Peaks will be serving up plain (a slightly sweeter version of their classic soft serve), matcha (with red bean), and blueberry (studded with real B.C. blueberries) bars. Opt for a drizzle of honey or condensed milk, a dip in chocolate, or the addition of fresh local honeycomb, their yuzu marmalade, or chunks of Tim Tam cookies–customize to your ice cream loving heart’s content. 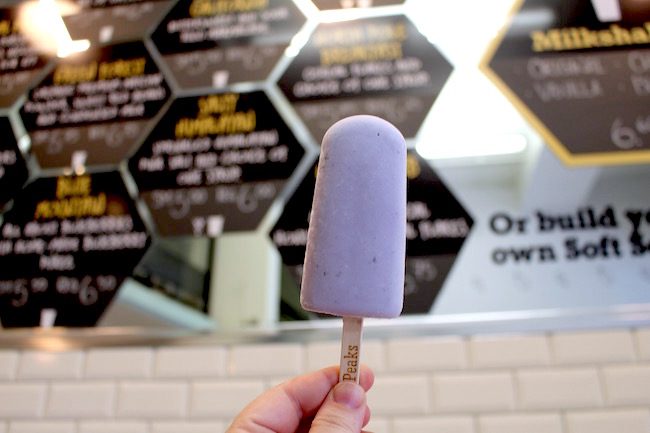 Look for Soft Peaks to add flavours to the line, as well as introduce Ice Cream Sandwiches, in the coming weeks and months. Of course, you can also satisfy your sweet tooth with a cup of their creamy milky soft serve, or one of their milkshake creations.

We got a sneak peek behind the scenes at Soft Peaks ahead of the launch to see how the Ice Milk Bars are served, and how they taste (spoiler alert: they taste awesome). 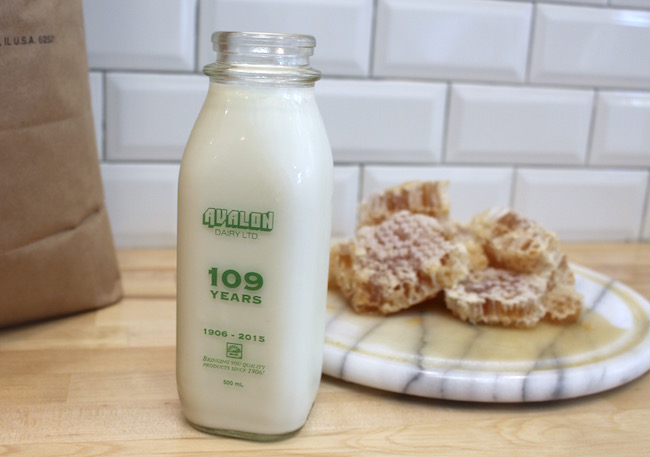 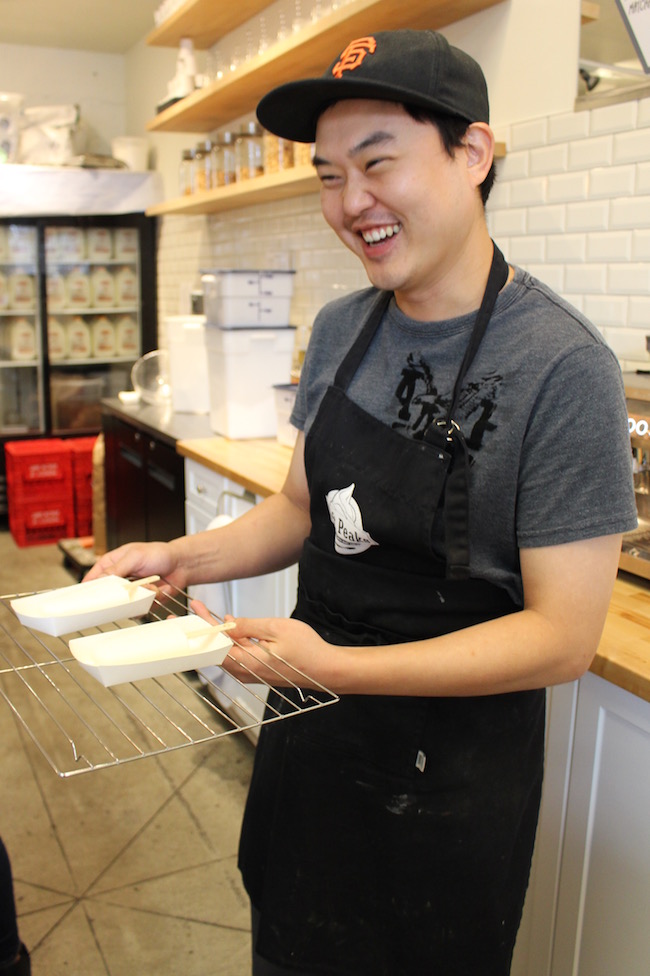 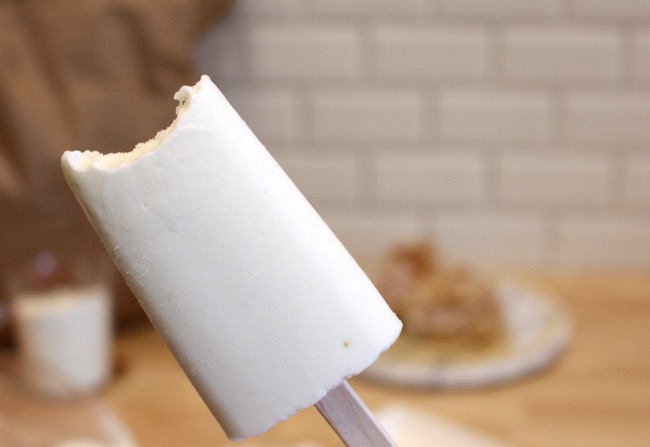 So good, just on its own (Lindsay William-Ross/Vancity Buzz) 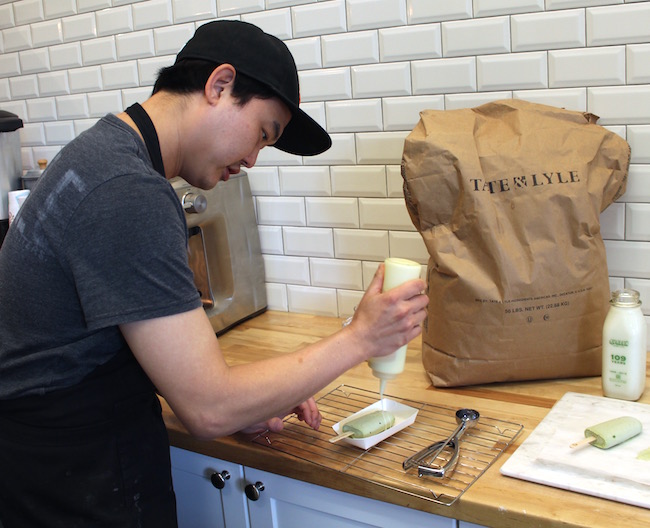 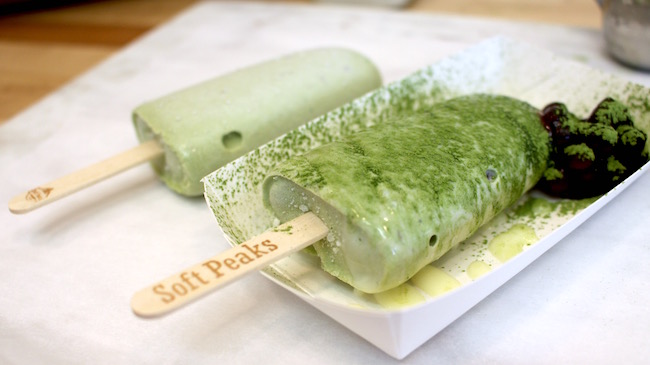 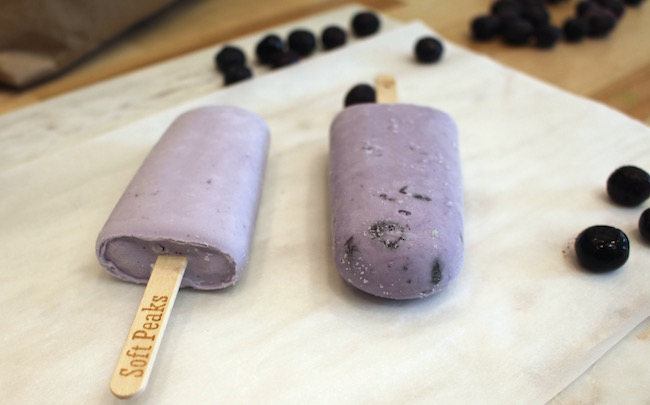 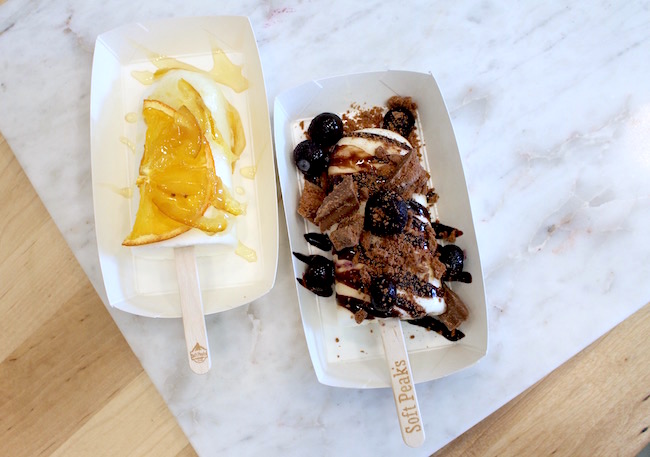