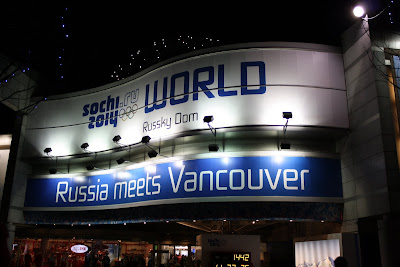 The Vancity Buzz crew got an opportunity to visit Russia House (aka Sochi House, aka Russky Dom) on Thursday night and, boy, were we impressed. We walked into a completely transformed Science World, bright and vibrant. We were greeted by absolutely gorgeous Russian women whichever way we looked.

The downstairs portion offered beautiful views of Russian terrain on the walls, open wine bar, and a scale model of Sochi’s plans for the Winter Olympics in 2014.
There was also KGB-like stiff security (which looked like the movies and had us a little bit apprehensive), and also, again, welcoming beautiful Russian model-like volunteers everywhere. 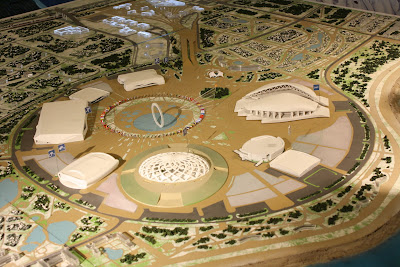 The upstairs portion included vintage autographed Russian memorabilia. It was nostalgic to see Pavel Bure’s jersey. Also, live Russian news and radio were being broadcast at the time. Cheese, snacks, coffee, and even Powerade, were available galore. A Volkswagon vehicle was autographed by important people such as Jacques Rogge. We found an air hockey table autographed by Wayne Gretzky too. 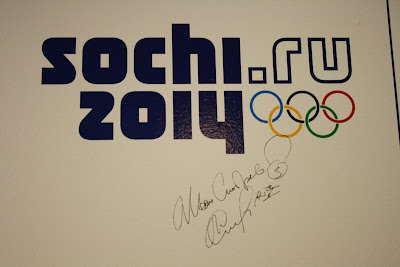 Then, we saw the open bar. We asked for authentic Russian vodka and heck we got our fair dose of Vodka, a lot more than we probably should have. A couple of the Russian nationals laughed at us knowing we got what we deserved. That was a highlight.

Further, we went into the stage area and Russian performers lit up the stage. We played with the Vancouver 2010 torch, played virtual hockey, and enjoyed more Vodka in the club-like set-up. I have no idea what kind of Vodka it was, and I usually don’t drink Vodka, but it was damn good! The Russian people were having a great time partying it up. As one of the models said, “Russians know how to party!” And from what we saw, believe us, the Russians know how to party!

From everything we saw at Russia House, people start saving those pennies, Sochi 2014 is going to be amazing! 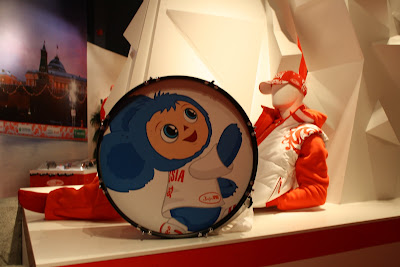 The plans are to host a very compact Games with all indoor venues, the athletes’ village, and hotels, all within walking distance. The alpine events are accessible by train and are a short 10 minute ride. The airport is International and about five to 10 minutes by car from the venues. Transportation is simple yet intricate. I have no doubt in my mind the operations of the Games will be efficient and smooth.

Sochi is a beach resort, hitting 37 degrees in the Summer and about 8 degrees in the Winter. The mountains have never had any problems with snow in the past. Weather will unlikely be an issue.