The men’s hockey tournament kicks off this Wednesday (Canada plays on Thursday) in Sochi. Players and coaches began arriving in Russia on Sunday and practiced Monday as each country prepares for the best hockey tournament in the world.

This is only the fifth Olympic hockey tournament with NHL participation, with the other four providing a lot of surprises. The Czech Republic surprised everybody in 1998, riding Dominik Hasek’s coattails on their way to the gold medal. In 2002, Team Sweden looked like the best team in the tournament before getting bounced in the quarterfinals by Belarus! The 2006 tournament featured Canada losing to Switzerland in the round robin and getting eliminated in the quarterfinals. Canada won the tournament as expected in 2010, but not before losing to Team USA in the round robin.

The 2014 tournament promises to be just as compelling. Canada may have the best team on paper, but certainly aren’t shoe-ins for victory. The host country, Russia, has never won Olympic gold since NHL players began participating and despite their plethora of talent they haven’t won a true best-on-best tournament since the 1981 Canada Cup. They’re due. USA and Sweden both boast a lot of NHL talent, and are decent bets to win it all as well. Then there is Finland (they have more medals than any other country since 1998), the Czech Republic (the 1998 champs) and Slovakia (4th place finishers in 2010). Even an emerging country like Switzerland shouldn’t be taken lightly either, they managed to come in second place in last year’s world championships.

You can find Team Canada’s schedule here. All of Canada’s preliminary round games will be on at 9 a.m. PST, while the gold medal final is at 4 a.m. (!) our time.

The format of the Olympic tournament is the same as it was in Vancouver. There are three pools comprised of four teams that will play a round robin. After the round robin, the three pool winners plus the next team with the highest point total advance directly to the quarterfinals. The other eight teams will be ranked 1 to 8 and have to play a “qualification round” game. From there it is a simple single elimination playoff format with the remaining eight teams. 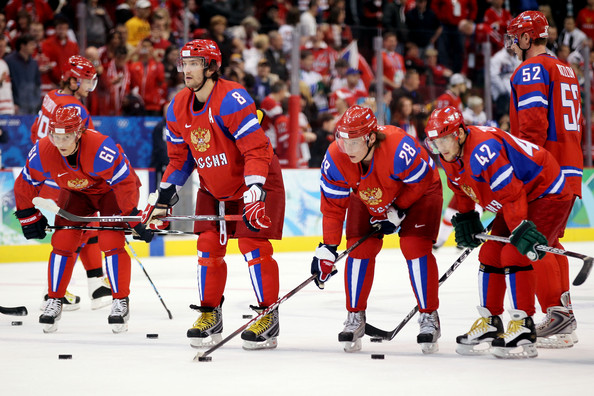 Team Russia will have home ice advantage and they have perhaps the most high-end talent in the tournament. They could have a power play consisting of Andrei Markov and Ilya Kovalchuk on the point, with Evgeni Malkin, Alex Ovechkin and Pavel Datsyuk up front. Amazing.

Where Russia is weak is their depth – they are extremely top heavy. Their bottom three defencemen and bottom six forwards are not at the same calibre of Canada, Sweden or USA. Goaltending is a bit of an unknown as they choose between two young goalies, Sergei Bobrovsky and Semyon Varlamov.

If Russia has depth issues, Slovakia has a depth crisis. They will be in tough to make it to the semifinals as they did in 2010. Slovakia’s core is getting old and there doesn’t seem to be a good group of young players to fill their boots.

Slovakia will rely a lot on Jaroslav Halak, Zdeno Chara and Marian Hossa. The likes of Michal Handzus, Tomas Kopecky, Tomas Tatar and Andrej Sekera will also be playing front-line roles. You’ll notice I didn’t mention Marian Gaborik, who is injured and will miss the tournament.

How much ice time can Anze Kopitar handle? We will soon find out.

Not much was expected from Team USA in 2010 and they almost won it all. Expectations are high for the Americans this time around and for good reason. The US has the best depth in the entire tournament, with the exception of Canada. 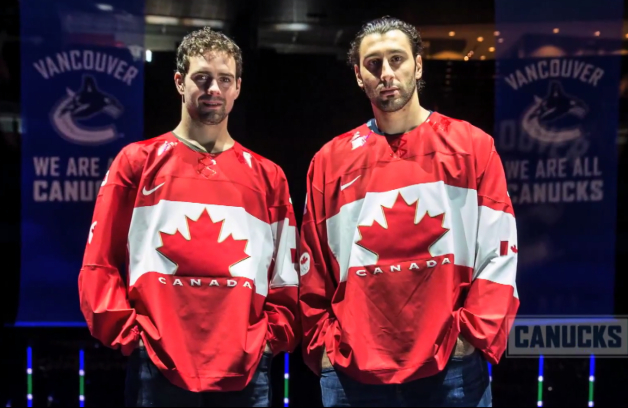 The Austrians are short on NHL talent, but they will have Thomas Vanek and Michael Grabner, so they’re capable of a quick strike. That’s not likely to happen often in the preliminary round, until they play Norway perhaps.

Canada will be looking for their first gold medal outside of North America since 1952. Canada failed miserably the last time the Olympics were held in Europe, finishing in 7th place in 2006. Canada, as usual, enters the tournament with the best team on paper. How the team comes together as a team, on international sized ice, is the key. The strength of Team Canada is their depth. They will be able to roll four lines and three defence pairings.

The one thing that worries me about Canada’s chances to win gold is that they aren’t likely to be battle-tested. The only true test in the round robin is against Team Finland. If Canada goes 3-0 in the round robin, they are likely to play a weak team in the quarterfinals and then have an extremely tough semifinal game against a battle-tested opponent.

Perennial underdogs, Team Finland is once again a team that many don’t give much of a chance of winning it all. Perhaps we should have learned our lesson by now. Those plucky Finns have a history of surprising people, earning a medal in three of the last four Olympics. It may prove to be more difficult this time around as they deal with injuries to perhaps their two best forwards, Mikko Koivu and Valtteri Filppula.

If Finland is to win it all, they will likely need Dominik Hasek-like goaltending from Tuukka Rask, which isn’t inconceivable.

As one of the top nine countries in the IIHF world rankings, Norway received an automatic spot in the Olympic tournament. They were able to achieve this ranking with some notable upsets in the last few World Championships. They beat the Czech Republic in 2010 and Sweden in 2011 (they also narrowly lost 3-2 to Canada). In the 2012 World Championships they beat up on the minnows of the hockey world. They beat Italy (6-2), Latvia (3-0), Germany (12-4) and Denmark (6-2).

While the Norwegians don’t have a lot of marquee players, they’re capable of more than you might think. 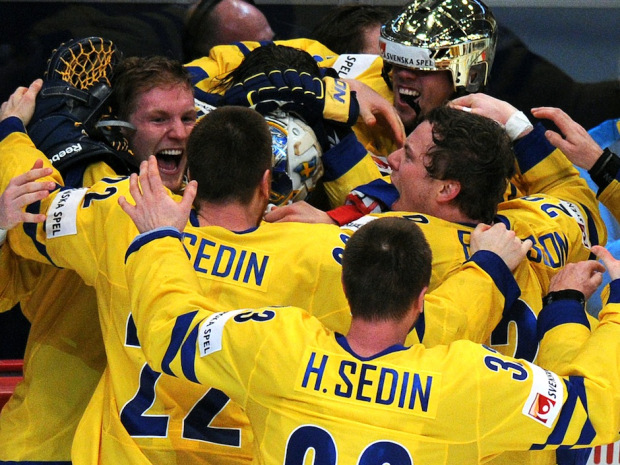 The Czech Republic, as you may remember, won the gold medal in the first Olympic Games with NHL participation. They will attempt to do it again in 2014, but will have to do so with significantly worse goaltending. Their starting goalie is Ondrej Pavelec, who boasts an unimpressive .901 SV% and 2.97 GAA with the Winnipeg Jets this season.

The Czechs are very unpredictable. I could see them winning their group or finishing below Switzerland in third spot. The strength of the Czechs is their depth at forward. The ageless Jaromir Jagr will be a key player for them, as will the likes of David Krejci, Patrik Elias and Tomas Plekanec.

Latvia might not win any games at the Olympics, but their fans will likely be the loudest per capita.

Team Sweden should be considered as one of the favourites to win gold in Sochi. They are strong in every position and are likely to excel on the big ice surface. Losing Henrik Sedin for the tournament will hurt, but they’re still able to play four strong lines and should have an excellent power play quarterbacked by Erik Karlsson.

Perhaps no other country’s stock has risen as much as Switzerland in the last 10 years. The Swiss used to be a hockey minnow, unable to seriously challenge the top hockey nations. Those days are now gone as the Swiss have proven many times over the last few years, including beating Canada in 2006 and taking a point off them in 2010. About half of the Swiss team plays in the NHL, including star goaltender Jonas Hiller and four of their defencemen.