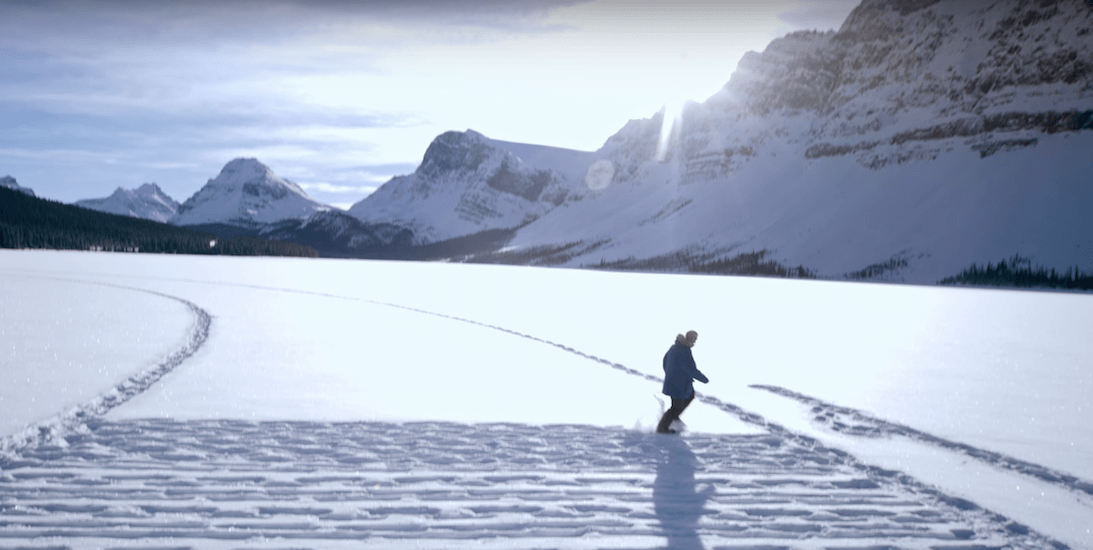 This might just be the most Canadian thing you’ll see all day.

A man named Simon Beck specializes in creating art out of a fresh fall of snow by doing nothing more than snowshoeing on top of it – yet somehow the end results are detailed, intricate, and beautiful sights to behold.

Recently, Beck ventured into the Alberta Rockies to sketch out a logo for Canada Goose, and his process was captured on video.

According to Canada Goose, the design is the size of two football fields and took Beck 13 straight hours to complete.

“I strive for a connection between my art and the landscape,” Beck said in the video.

He works with nothing but his own two feet, his snowshoes, and a compass.

“I can see all of it in my minds eye, basically I’ve got a picture of it drawn onto my brain like a mental map.”

This isn’t the first time Beck has made art in Canada.

In 2015, Banff National Park hosted him for some beautiful work for #ProjectSnow.

It just makes you want to play in the snow, doesn’t it?