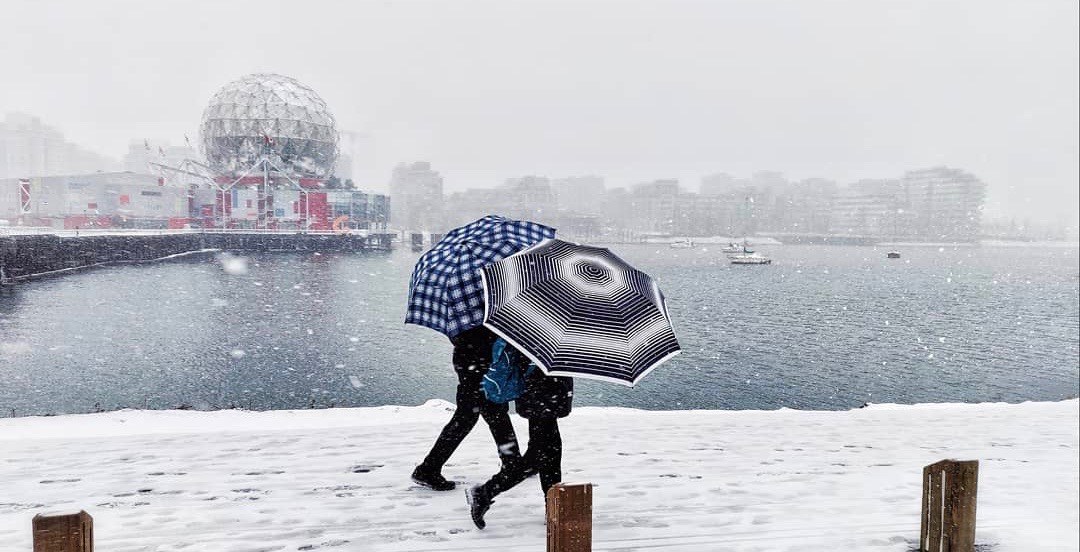 Just when you thought it was all over — the snow is back.

Environment Canada has issued a snowfall alert for parts of Metro Vancouver.

“A frontal system is spreading snow to the Lower Mainland this afternoon. Local snowfall amounts near 5 cm can be expected by this evening over eastern Metro Vancouver as well as western and central Fraser Valley,” said Environment Canada.

“Snow is expected to taper off later this evening.”

Be sure to give extra time during your commute and drive to conditions.