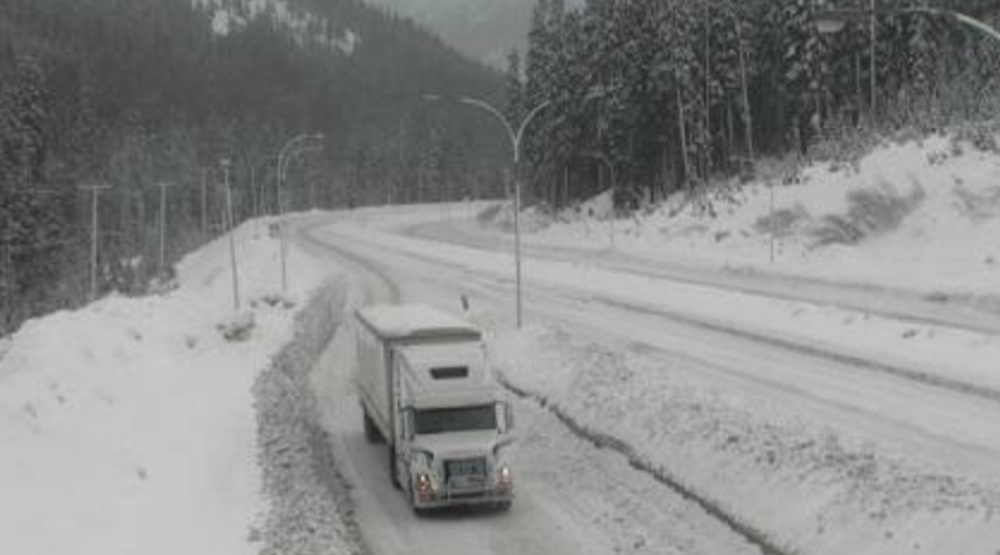 It looks like Old Man Winter isn’t ready to make his exit just yet. On Monday morning, Environment Canada issued a snowfall warning for the Coquihalla Highway between Hope and Merritt.

According to the agency, up to 15 cm of snow could fall on the route by Tuesday evening.

According to Environment Canada, the snowfall warning is a result of a low-pressure system “tracking across” southern BC today, as it makes its way into Alberta tonight.

“With snow levels sitting between 1000 and 1200 metres, the southwestern Interior Highway passes will see periods of snow today with amounts in the 10 to 15 cm range,” the agency said.

The snow will “taper off tonight or Tuesday morning” as the low moves out of the area.

This travelling the routes during this time are advised to prepare for sudden and changing road conditions. Visibility may be suddenly reduced at times in heavy snow, as well.

For those thinking they may be out of the (winter) woods by taking Highway 3 between Hope and Princeton as an alternate route, Environment Canada said it’s much the same story on that stretch of highway as well.

So while spring may be out in full force, it might be a good idea to keep those winter tires on-hand just a little while longer.