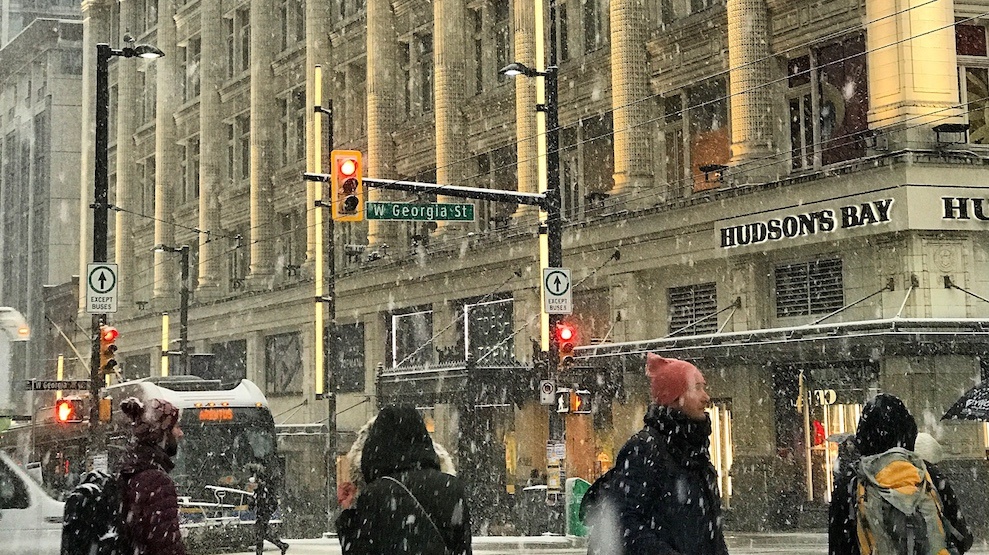 Like some cruel joke, Environment Canada has issued yet another snow alert for the South Coast, beginning tonight and lasting through the weekend.

“Don’t put away your snow shovels just yet,” Environment Canada helpfully advises us. “The potential for snow will begin tonight and increase for Saturday and Sunday as an area of low pressure develops off the west coast of Vancouver Island.”

Okay, well at least “potential” doesn’t mean snow is a sure thing.

Or does it? I mean, it is March after all.

“A cold and unsettled airmass will begin to settle over the South Coast late today and remain in place through the weekend and early next week. Freezing levels are expected to lower to near sea-level at times,” the report continues. “Showery precipitation is usually intermittent.”

Alright then, my raincoat is ready to go.

“While often light and brief it can produce areas of heavy flurries. Local snowfall accumulations of a few centimetres are possible across the region with this unsettled pattern,” the agency says.

Ah, there it is! More snow!

However, we can find comfort in the fact that if the forecasted white flakes come to fruition, at least it’ll be short-lived.

“Temperatures should return to near seasonal values by mid week,” the report concludes.

Well, there you have it.

Come what may over the next few days, we can at least be sure there’s a 100% chance of weather.