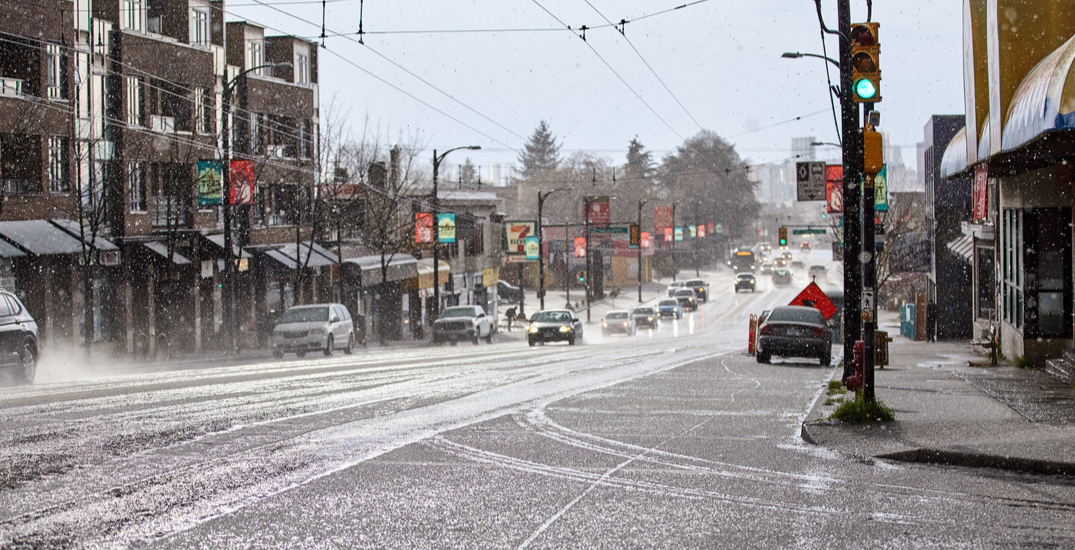 Special weather statements, warning of rain, snow, and arctic air, have been posted for Metro Vancouver and other areas of the south coast.

Special Weather Statement in effect for:

Environment Canada says, “A weather system will arrive over the south coast in the overnight hours of Thursday night and remain in the region through Sunday. Initially, the system will bring rain mixed with snow for areas closer to the water and snow for inland areas and higher terrain.” 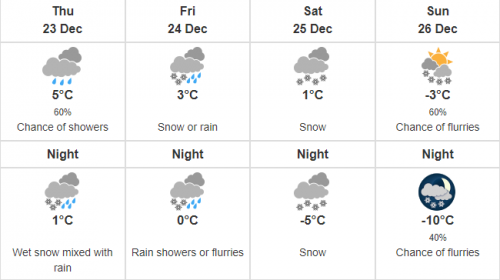 As for for the Fraser Valley, the weather agency is warning about similar conditions.

Special Weather Statement in effect for:

This winter weather system is expected to impact Metro Vancouver and the Fraser Valley between Thursday night and Sunday, December 26.

Drivers are being urged to use extreme caution on out-of-town highways.

Road conditions are available at DriveBC.