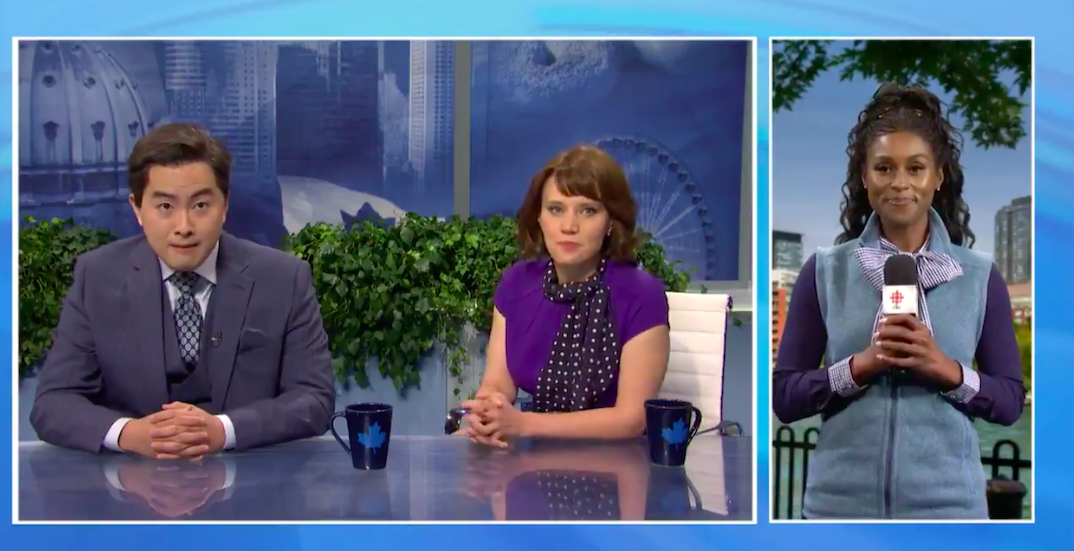 This weekend’s episode of Saturday Night Live had a Canadian-themed skit that poked fun of Quebecois accents, CBC, Degrassi, and the country’s obsession with Drake.

Rae stood in front of a green screen of Toronto’s skyline, holding a CBC microphone in front of the CN Tower.

Rae and the two “Quebec news anchors” used questionable French accents as they chatted about whether or not they had seen Drake that day.

The correspondent said she confused Drake with a man in a wheelchair, referencing the rapper’s character on the actual Canadian series, Degrassi: The Next Generation.

The skit ended with the anchors performing karaoke to Céline Dion, and Canadian reactions to the skit were not very positive.

What? Toronto? Parisian accents? What did I just watch?

Yeah in Toronto we have reporters with French accents from Paris. Mais voyons donc mes taberouetes!

GOD!! This was painful to watch !!

You do realize that Toronto is in Ontario and not Quebec? pic.twitter.com/UygtO3zGme

This bit was painfully bad

That’s not a bon quebecquois accent

This is what I think of your sketch. pic.twitter.com/2sRuk2BVrl

After doing remote episodes due to the lockdown at the end of last season, SNL is back on air from the Rockefeller Center in New York.