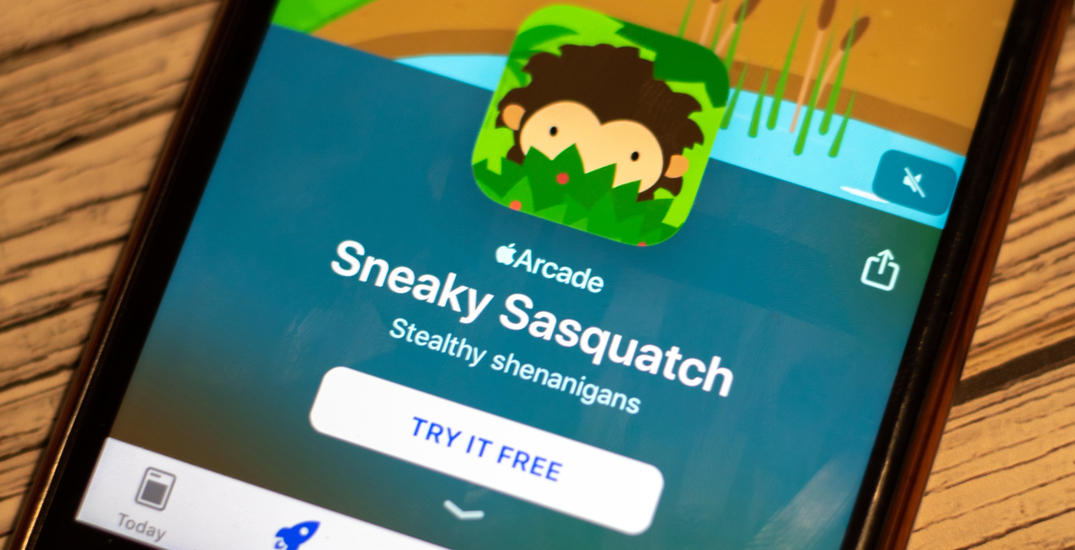 A game created by Canadians has been named one of Apple’s top apps of the year for the level of escapism it offered players during the COVID-19 pandemic.

Sneaky Sasquatch, developed by Vancouver-based RAC7 Games, was deemed the Apple Arcade Game of the Year 2020.

The apps and games that made Apple’s Best of 2020 list were chosen because they “proved to be essential for making life easier, healthier, and more connected.”

Sneaky Sasquatch has provided people around the world a distraction from the stress and anxiety caused by the pandemic.

The game allows users to live life as the mythical Bigfoot, doing “everyday sasquatch things,” like sneaking around campsites, stealing food from unattended picnic baskets, and getting chased by park rangers.

It also recreates aspects of daily life, like eating breakfast and needing to get to bed on time.

Jesse Ringrose, one of the co-founders of RAC7 Games, believes this simulation of a normal routine is what caused the spike in popularity during the first wave of the pandemic – especially amongst kids.

“There’s an escapism angle. It’s a stable, safe environment,” said Ringrose. “You have the freedom to do whatever you want. And you can be really mischievous.”

“Kids can’t really get outside in the real world, but they can in the virtual world of Sneaky Sasquatch.”

Ringrose and his partner, Jason Ennis, launched the game on the app store last year. Many of its details are based on the pair’s own childhood in Squamish, British Columbia.

The highway the sasquatch drives to go skiing is modelled on the Highway 99 route to Whistler; the campsite you sneak through is based off Alice Lake. The boat that takes players to an island is a replica of the BC Ferries, right down to the announcements.

“We accidentally made the game very personal,” Ringrose said. “There’s a lot of emotion in the game, even if we didn’t realize that we were putting it in there.”

While the recognition from Apple has felt validating, the biggest reward to Ringrose is the feedback he gets from young players.

From Halloween costumes to birthday cakes, the impact of the game has been overwhelming, he said.

“All over the world, everyone is getting a taste of early ’90s Squamish,” said Ringrose. “We distilled our own childhood into the game for kids when they can’t have their own.”

Sneaky Sasquatch is available for download from Apple Arcade.