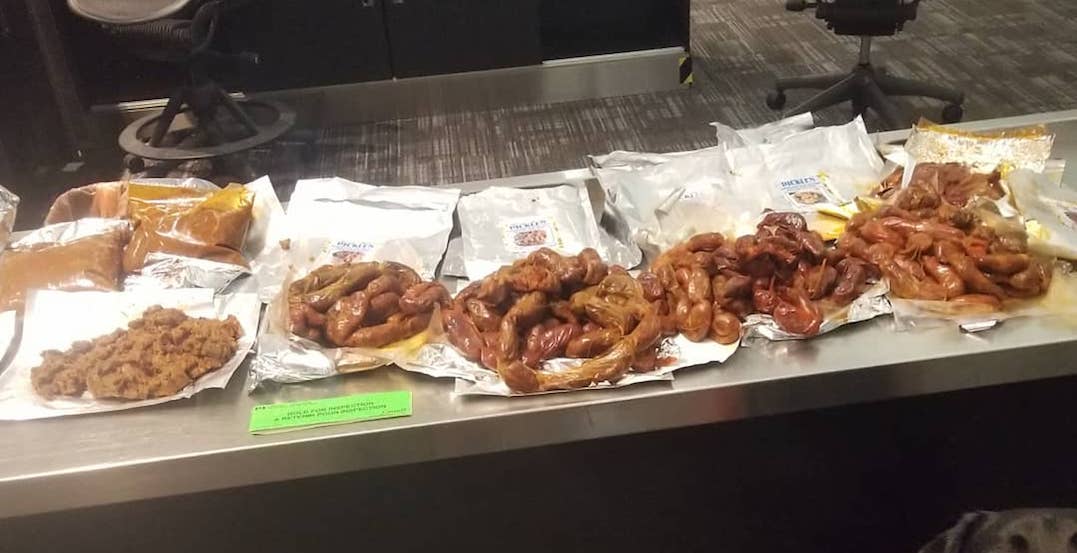 When something doesn’t smell quite right, the dogs at Canadian Border Security can tell.

Which is exactly what happened when someone tried to smuggle packages of pork disguised as pickles through Pearson Airport.

According to a tweet by border security, Detector Dog Ambrose sniffed the packages and “said no.” The tweet goes on to say that all pork must be declared.

If it isn’t, travellers could face penalties of up to $1,300 or prosecution.

Pork as pickles? Our #DetectorDog Ambrose @TorontoPearson sniffed and said no. All pork must be declared. It can also lead to penalties of up to $1,300 or prosecution. #AfricanSwineFever @CFIA_Canada

The high stakes on pork travelling undeclared are due to the risk of African Swine Flu (ASF), according to border security.

ASF is a highly contagious viral disease of pigs (farm, pets, and wild) that causes significant death rates in infected pigs and can contaminate swine herds in various ways. Reportedly, cases have been found in China, parts of Europe, and among other common travel destinations.

While there have been no cases in Canada at this point, border security is being diligent. The introduction of the flu could interrupt the Canadian pork industry, which brings in more than $20 billion for Canada every year. 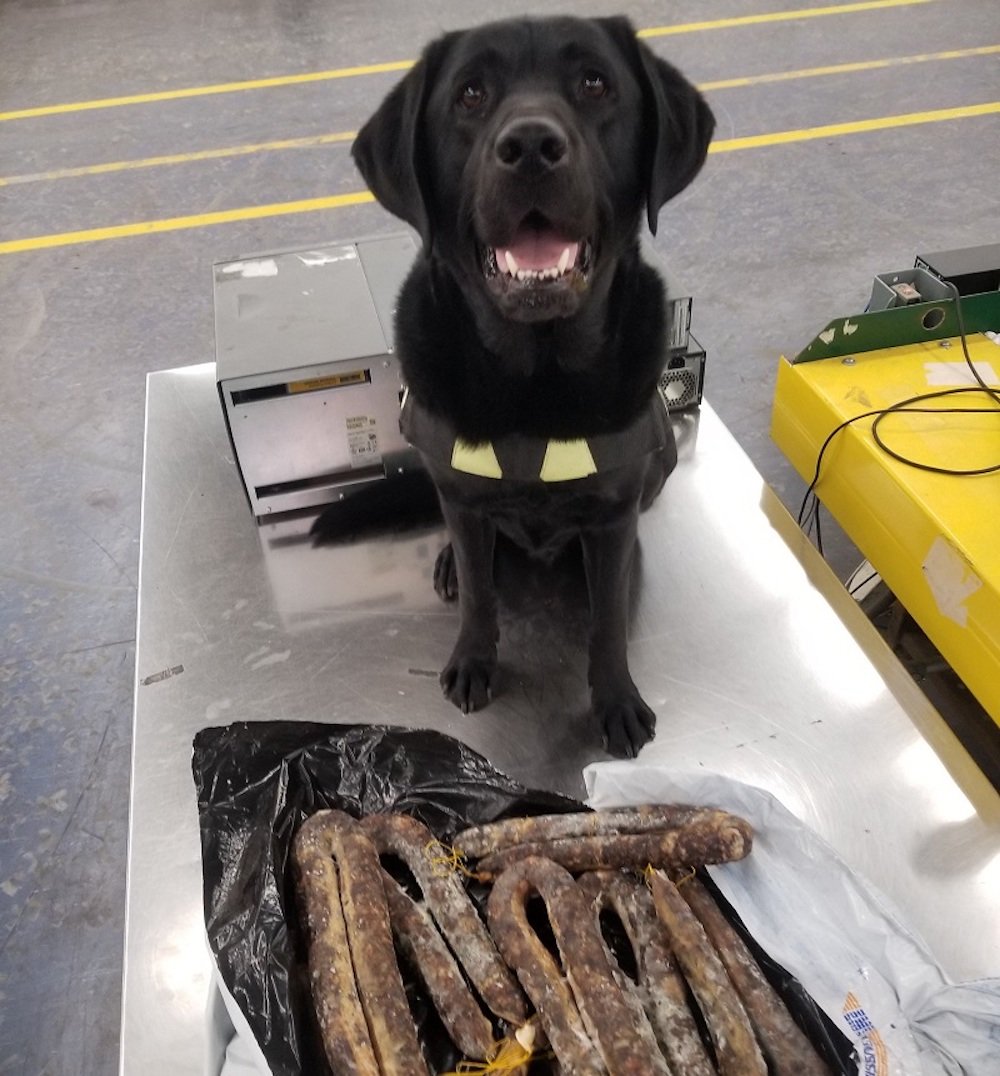 Travellers can help keep ASF out of Canada by always declaring food, plant, or animal products on arrival.

The CFIA also advises that people such as farm workers and hunters are particularly at risk of bringing back contaminated food, clothing, and equipment.

In addition to the obligation to declare at the border, they are advised to wash or dispose of any clothing and footwear worn while travelling to a country that is infected with ASF.