The City of Vancouver has been named as North America’s seventh ‘smartest city.’

This is the third consecutive year that business and technology magazine Fast Company has compiled such a list of the smartest cities in a continental region.

The 10 Smartest Cities in North America for 2013

The 2013 individual category rankings are listed below:

According to climate strategist Boyd Cohen, “while some people continue to take a narrow view of smart cities by seeing them as places that make better use of information and communication technology (ICT), the cities I work with… all view smart cities as a broad, integrated approach to improving the efficiency of city operations, the quality of life for its citizens, and growing the local economy.”

From this, he has created a new rubric for determining smart cities called the “Smart Cities Wheel.” The ranking methodology for each of these categories is entirely based on publicly available data. 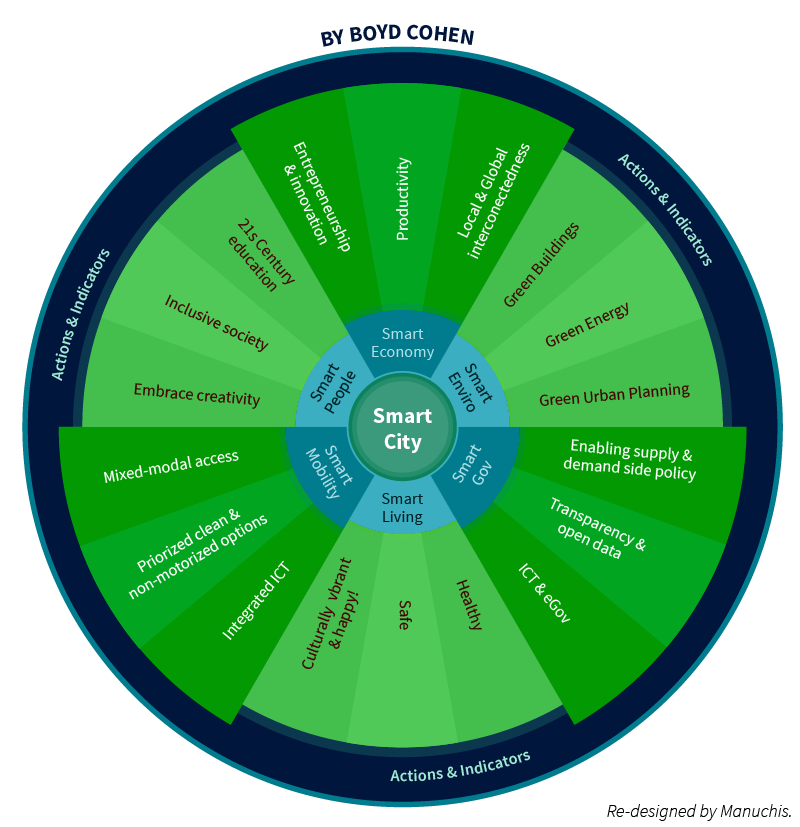 This is what Cohen had to say about Vancouver’s seventh place ranking for 2013:

My former home for seven years, Vancouver has much to be proud of. Vancouver’s bold mayor has spearheaded numerous initiatives to continue its tradition as a very livable and green city. In recent years, the city embarked on an impressive citizen-engagement initiative to co-create a new vision for the city. This culminated in an aggressive plan to try to become the greenest city on the planet by 2020.

While Vancouver has a ways to go regarding digital governance, it recently developed an ambitious $30 million plan to become a major player in smart cities by focusing on nine key priorities ranging from more open data and increased digital services delivery to the launch of an ICT incubator.

What is our immediate neighbour to the south doing to qualify for its first place ranking? Cohen believes Seattle is a model example:

Moving up a few places from the 2012 rankings, Seattle led the pack in Smart Economy and Smart Government rankings while coming in second behind Washington, D.C. in the Smart People category. Seattle is also home to lots of sustainability innovation and the home to the Bainbridge Graduate Institute, one of the world’s leading master’s program dedicated to sustainable innovation and entrepreneurship. Sustainable Seattle and Climate Solutions are good examples of local organizations focused on promoting sustainable development. Aside from Sustainable Seattle’s core projects and indicator work, they also spun out an initiative called the Happiness Initiative, which aims to measure the level of local happiness, something I consider to be a core objective of smart city programs.

Seattle is also a quality hub for startups and is one of the only North American cities with more than 1,000 open data sets which are offered for transparency but also to support the growth of startups and introduction of mobile apps to improve mobility and quality of life in the city. In the 2012 publication of the Global Startup Ecosystem Index, Seattle’s entrepreneurial ecosystem was ranked fourth in the world. Part of this ranking, and one of the reasons Seattle achieved No. 1 position in this Smart Cities ranking is due to its ability to attract creative and entrepreneurial talent.

Toronto came ahead of Vancouver at sixth place:

…Toronto continues to be a leader in Canada across several fronts. Like other major cities on this list, Toronto has continued its commitment to smart densification with its ongoing transformation of its previously contaminated waterfront area. In collaboration with IBM, Waterfront Toronto has launched phase one of newblueedge.ca to allow residents to have real-time web and mobile access to transit info and traffic congestion reports, public transit information, local weather and news reports as well as, in the near future, energy- and water-consumption data.

With Montreal ranking at tenth place, all three of Canada’s largest cities are represented in the list:

Citizen engagement is critical to smart cities. In 2010, Montreal passed a bylaw which allows anyone who obtains 15,000 signatures to trigger a public consultation process on any topic. The first group of citizen activists to leverage this process obtained 25,000 signatures to generate an open public debate about how to support the increasing use of urban agriculture. That’s smart.