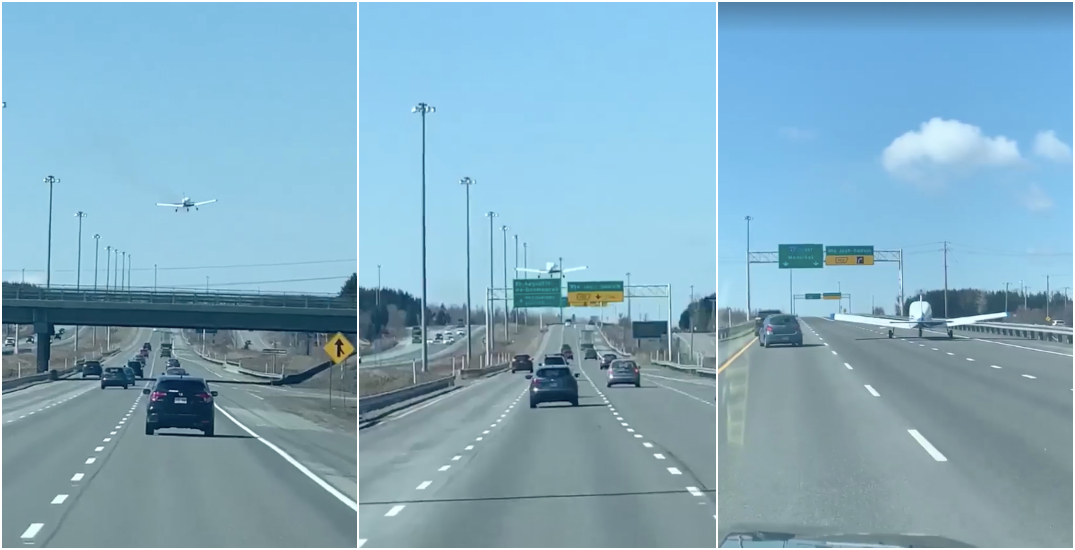 A pilot was forced to make an emergency landing on Thursday morning and chose Quebec City’s Highway 40 as his make-shift runway.

A spokesperson for the Sûreté du Québec confirmed with Daily Hive that a “mechanical issue” forced the pilot to make the emergency landing.

At just before 10:30 am, the pilot of the Piper PA-28 Cherokee aircraft called a Quebec City fire department asking for permission to land, southwest of Jean-Lesage International Airport.

The SQ confirmed that nobody was reported injured, but didn’t provide any additional details on the landing.

🚨 Emergency landing of a small plane ✈ this morning around 10:00 AM, on “Highway 40” just outside of #Montreal, #Quebec, #Canada. pic.twitter.com/WCkk5L5aZ0